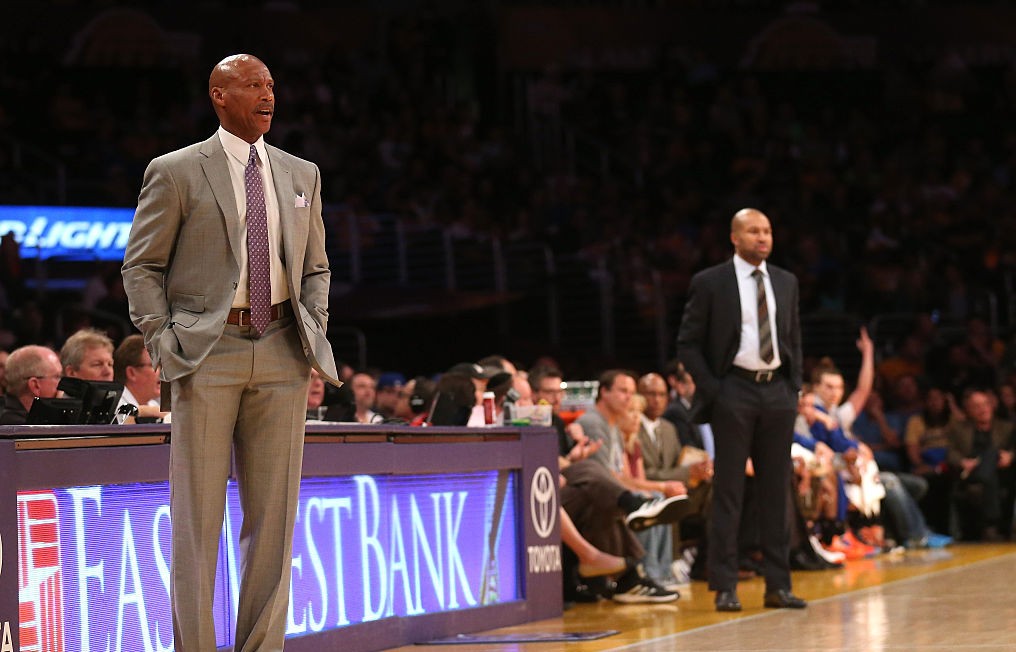 Two of the most iconic NBA franchises will need new head coaches next season. The New York Knicks fired Derek Fisher, somewhat surprisingly, and it would be nothing less than positively stunning if the Los Angeles Lakers renewed Byron Scott’s contract. That Scott has “outlived” Fisher, Lionel Hollins, Jeff Hornacek and supposedly George Karl incredible, and leaves one to wonder whether the Lakers are better at tanking than Sam Hinkie and the Sixers, or if Scott has some incredible blackmail on the Buss family. Blackmail or no, Scott is almost certainly out as coach after this season.

It’s likely both teams will interview and pursue the same coaches, especially hot names like Luke Walton and Tom Thibodeau. While any head coaching job in the NBA is the chance of a lifetime, there’s something undeniably special about the opportunity to coach the Knicks or the Lakers. Walton, Thibodeau need to be careful, though. They can’t let the bright lights of the Big Apple or the glitz and glamor of Hollywood blind them to either team’s many dysfunctions.

Chief among these dysfunctions: ownership.

Jeanie Buss said “heads will roll” if the team’s situation doesn’t improve. She seems to constantly be either fighting or insulting her brother. During Jim Buss’ tenure, the Lakers were a model of success. Under Jeanie, they’ve been among the league’s laughingstocks. Understandably, she wants the team to rise back to their former status as the league’s elite, but lacks the patience needed to see that through. However, it doesn’t appear as if Buss’ rule has negatively impacted the Lakers, overall.

The same cannot be said of James Dolan.

The list of Dolan’s incompetencies and embarrassments are long, far too long for this column. Most recently: he put Isiah Thomas, noted misogynist and convicted sexual harasser, in charge of the New York Liberty of the WNBA. Dolan’s mostly held to his pledge not to interfere with Phil Jackson as he runs the team, but one wonders how long he’ll maintain that pledge before his idle hands want to become his playthings once more. If Jackson leaves town at the end of his contract, that could happen sooner rather than later, and Knicks fans still remember the disastrous results of such meddling.

It’s pretty clear that, despite the sibling rivalry and slightly tyrannical method of running a franchise, working for Jeanie Buss would be more preferable than working under James Dolan.

Where the debate gets really interesting is the roster. The Knicks are better suited to immediate success, but the Lakers are arguably better set up for the future.

Carmelo Anthony is playing the best all-around ball of his career, Kristaps Porzingis is a budding superstar, and their supporting cast is solid. Phil Jackson didn’t hit any homeruns in free agency this summer, but he hit more than his fair share of doubles and even triples. Robin Lopez continues to be an underrated defensive presence, Jerian Grant could develop into a nice starting point guard, and Kyle O’Quinn is a solid rotation NBA player. Arron Afflalo is too, in theory, though in practice he’s slipped big time on both ends of the ball. Nevertheless, it’s a talented roster. One with glaring holes, absolutely, the overall foundation of the team is one that could, with the right coach, easily make the playoffs. It’s unlikely, however, that this roster is a championship team. 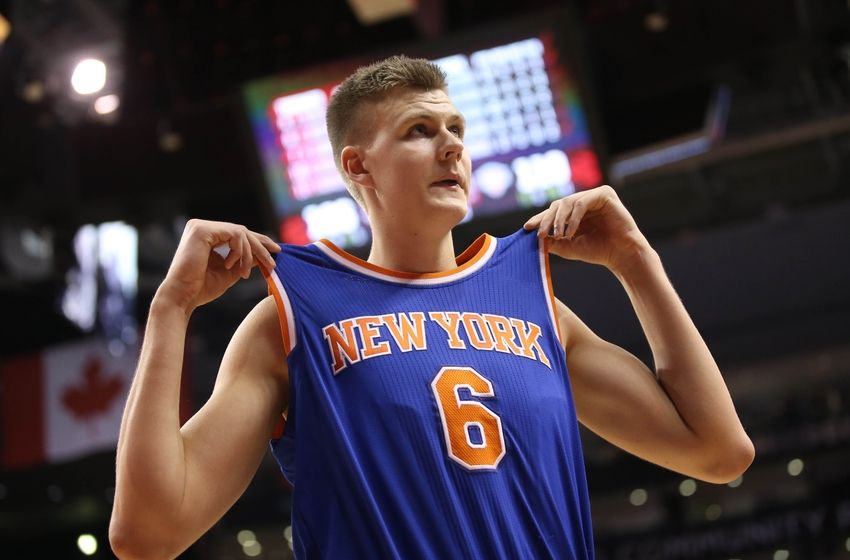 Unless the Lakers hit a home run in free agency, they’re not sniffing the postseason any time soon, even with a new coach. D’Angelo Russell, Julius Randle, Jordan Clarkson and even Larry Nance, Jr. all have bright futures. The luminosity obviously varies from player to player – Russell could be a star, while Nance may never be more than a key rotation player – but they all at least project to be quality NBA players. They’re young, though. Incredibly so. They might even get younger if they keep their pick in this year’s draft. A bevvy of young talent is a good place to start. It also means you’re furthest away from the finish line.

The new coach of the Lakers has to be willing to endure the inevitable growing pains of a young team, and has to embrace the role of teacher to help Russell and company reach their full potential. In other words, do the exact opposite of what Scott is currently doing.

The Lakers think they have a shot at the top free agents this year, including DeMar DeRozan and Kevin Durant. This is unsurprising, because the Lakers always think they have a shot at the top free agents, even though, year after year, they miss out on the biggest names. Maybe that changes this year, given the departure of Kobe Bryant and the resulting cap space. Yet, look at the teams DeRozan and Durant currently occupy, then look at the Lakers. Durant wants to win, and he stands a better chance of doing that with the Thunder’s roster, imperfect though it may be, than with the Lakers. Durant’s already been through one youth movement, it’s hard to think he’ll want to go through another just to be in a market that supposedly better promotes his brand. Ditto for DeRozan, who seems perfectly comfortable in Toronto and incapable of being apart from his soulmate, Kyle Lowry.

So it comes down to this: Will the new coach of the Lakers or Knicks want to win immediately, much like both franchises want to do, or will they want to build something, even if it flies in the face of the owners’ demands for immediate success? If it’s the former, then the Knicks are the answer. They won’t win a championship, but they’ve got enough on the roster to win games right away. If it’s the latter, then the Lakers are the right fit. They’re not guaranteed anything, but with their impressive collection of young talent, they have the chance to build something special, even if all the pieces aren’t yet in place.

And, really, none of this matters for the Knicks anyways, since the return of Isiah Thomas as head coach is all but inevitable.