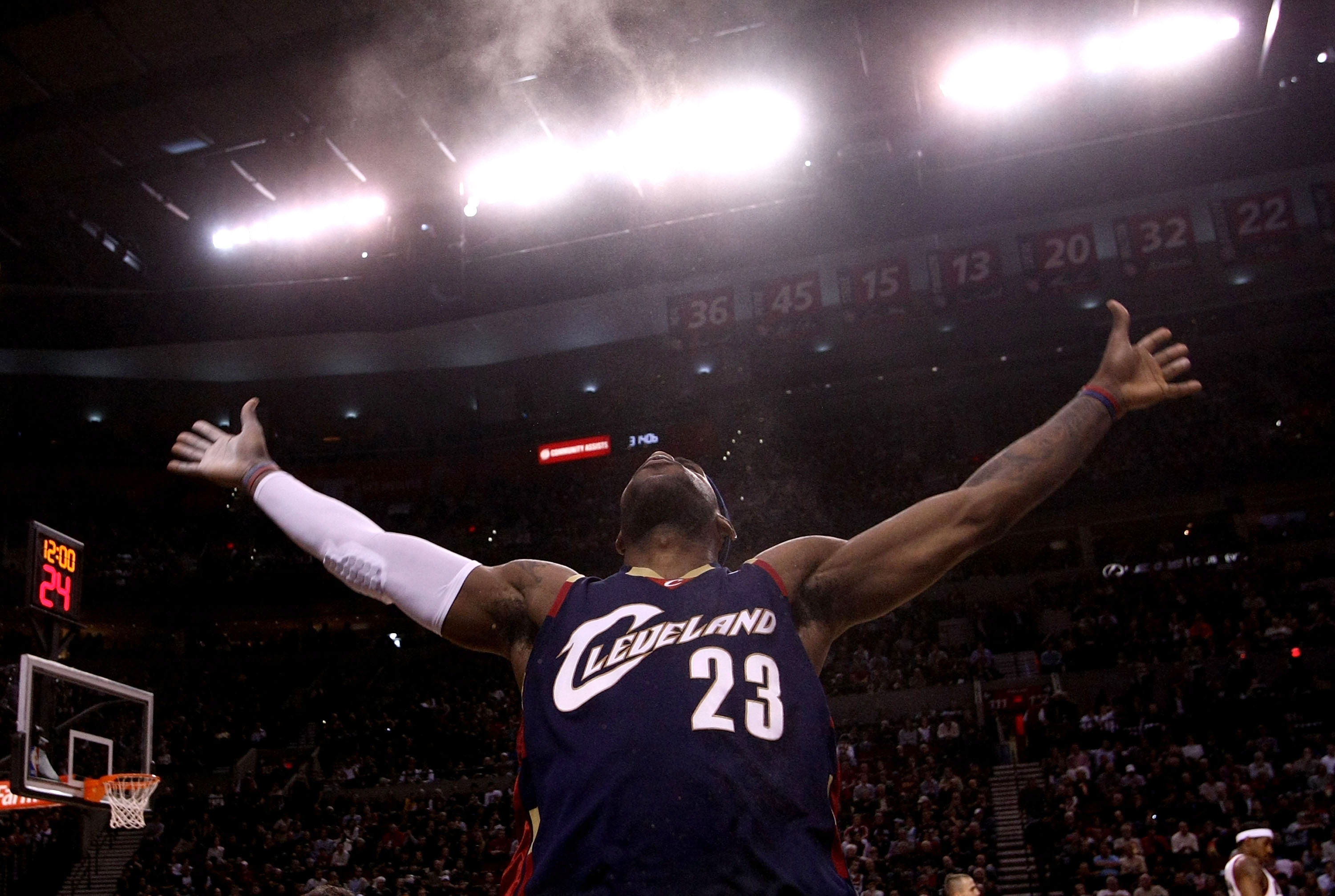 After Wednesday’s practice session, Cleveland Cavaliers star LeBron James was asked about Steph Curry’s unanimous MVP selection and gave a rather honest answer regarding how Curry was both deserving of being unanimous MVP and disagreeing about how the award is decided.

“You look at Steph’s numbers. He averaged 30 [points]. He led the league in steals. He was 90 [free throw percentage]/50 [field goal percentage]/40 [three point percentage, actually 45.4%] and they won 73 wins. I mean, do you really have a debate over that really, when it comes to that award? But when you talk about ‘Most Valuable,’ then you can have a different conversation. But take nothing away from him, he’s deserving of that award for sure.”

James kind of passive aggressively dances around the topic, saying Curry deserves the award while the voting is flawed for a “Most Valuable Player” award. He’s got a point. The award is called “Most Valuable Player” and many voters’ criteria is to reward the best player over the entire regular season. And it’s not just in basketball. That criteria is applied by many in football, baseball, hockey and just about any other sport which has an MVP award.

In most years, the most valuable player and the best player of that season is the same. But in other years, different terms apply. If the Most Valuable Player award is really for the Most Valuable Player, it could be argued that LeBron deserves the award. Now, for the record, I believe Curry was both best and most valuable in 2016. But considering Cleveland would be terrible without LeBron while Golden State could still mount a challenge or the NBA title, I wouldn’t be opposed if someone made an argument for LeBron to grab some MVP votes if it was an actual valuable player award.

Maybe we should give up the semantics and just rename all Most Valuable Player awards to the Player of the Year award. Steph Curry’s season with the Warriors was something special and deserved to unanimously win the top individual award in the NBA. But when it comes to who is the most valuable to their team, LeBron has a case even though there’s no argument he had a worse season than Curry.

Is LeBron saying this now because he finished third in MVP voting, and felt he deserved at least some first place votes to make the balloting a bit closer? Yeah, probably. Because LeBron is such a competitor, I’m not shocked he believes he’s the most valuable to his team. But the loose interpretation of calling this award a “Most Valuable Player” award and not a “Player of the Year” award creates confusion.

While LeBron may not have deserved Most Valuable Player this year, if it was literally a vote for the most valuable player of the year, LeBron deserved to win the award more often than the two times he won it during his first tenure with the Cavs. How LeBron didn’t win MVP every year with Cleveland before he left for Miami is a more shocking development than his comments this year. Without him, the Cavs would have been competing for the top pick in the NBA Draft Lottery than competing for an NBA Championship.

Having a “Player of the Year” award actually rewards the best player that season, rather than create an argument on who’s actually valuable and/or the best. Although that debate may be exactly why the NBA and so many other leagues decide their MVP award this way.