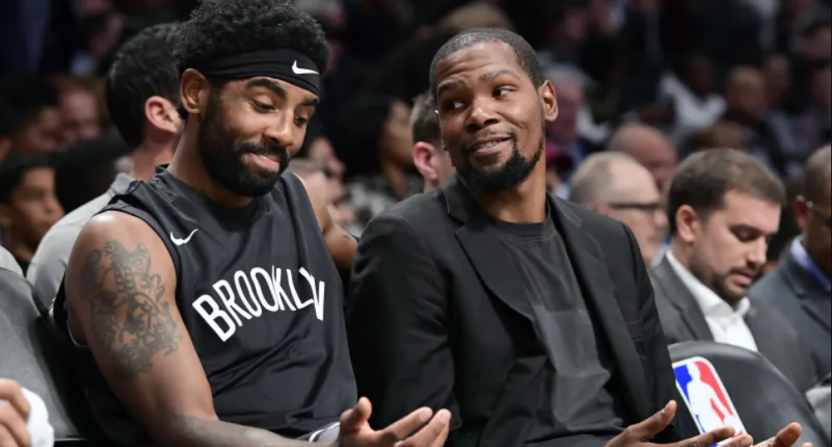 It’s a chemistry experiment that doesn’t have a whole lot of precedent. Even before the whirlwind of recent coaching moves, there were high expectations. The moment Kevin Durant and Kyrie Irving signed as free agents last summer, Brooklyn was viewed as a future contender, assuming Durant returns healthy from his Achilles injury.

That alone is plenty of intrigue. But the Nets spiced things. While the New York Knicks remain a laughingstock, Brooklyn is poised to take over the town with splashy moves.

Here comes rookie coach Steve Nash, who has no prior experience other than serving as a development consultant with the Golden State Warriors. Who does he add to his staff? Shockingly, longtime NBA coach Mike D’Antoni will be an assistant. Plus, Amar’e Stoudemire will be a player development assistant.

Remember the Phoenix Suns of the 2000s? They were exciting. They were revolutionary. They were ahead of their time.

Coached by D’Antoni, they helped usher in the new wave of fast pace, three-point shooting, and spacing that many teams play now. The D’Antoni system turned Nash into a two-time MVP and got Phoenix to the Western Conference Finals twice. You can make a solid argument that the Suns would’ve won the 2007 championship if not for a controversial suspension of Stoudemire and Boris Diaw during the conference semifinals against the San Antonio Spurs.

Now Nash, D’Antoni, Durant, and Irving will try to bring a title to a franchise whose last championship was in 1976, its final season in the ABA before joining the NBA in the merger.

Smart people surround themselves with other smart people. Nash hired D’Antoni hoping a veteran assistant will make up for his lack of experience. NBA head coaches can be successful without going through a traditional path. Steve Kerr had been a general manager with the Suns, but had never coached. He won the 2015 NBA title in his rookie season with the Golden State Warriors.

Experience might be overrated, but the Nash and D’Antoni dynamic will be something to watch. What kind of offense will they run, and will it bring out the best in Durant and Irving? Durant and Nash have a previous relationship from their time together at Golden State. But none of this will matter if Durant can’t recapture his pre-Achilles form, of course.

Durant chose to go to the Nets rather than stick with juggernaut Golden State. He won a pair of titles with the Warriors but never received the kind of adulation he craved. He was perceived as a type of “cheat code” for a loaded team that had already won a title before he arrived. That’s unfair for a guy who was a two-time NBA Finals MVP for the Warriors. Might have been a third if not for that devastating injury.

Most players never successfully rebound from a ruptured Achilles tendon. But Durant is a unique talent and one of the greatest scorers we’ve ever seen. For a while, he was the league’s second-best player to LeBron James. Assuming he’s back to form, Durant in a Nash-D’Antoni system should be entertaining.

But the player who could benefit the most from this offense is Irving. D’Antoni is the greatest coach of point guards in NBA history. So many have achieved career-best seasons under him. From Nash, to Raymond Felton, to Chris Duhon, to Jeremy Lin, to James Harden. The most recent and best example of the D’Antoni Effect is Harden, who went from averaging 7.5 assists per game to a league-best 11.2 in D’Antoni’s first season as Houston Rockets coach in 2016-17.

Now, Nash is the boss. We don’t know exactly how much D’Antoni’s influence will be. That’s part of the intrigue. And we also don’t know how exactly Irving will fit in. Irving is one of the NBA’s most mercurial stars. We’re not just talking about the flat Earth nonsense. He forced his way out of Cleveland (and away from LeBron?!?). He left the Boston Celtics on bad terms after originally saying he would re-sign.

Irving is high maintenance. But when he’s healthy and motivated, he’s exceptional. Irving is one of the best finishers around the rim. Two seasons ago, he arguably had his best individual year. He was limited to only 20 games last year due to a shoulder injury.

Durant and Irving are joining a team that made the playoffs. The Nets (35-37) were the No. 7 seed, but were swept in the first round. The Eastern Conference favorite remains the Milwaukee Bucks, but Brooklyn is tied with the Boston Celtics for the fifth-best odds to win the championship.

What the Nets are building should be fun to watch.