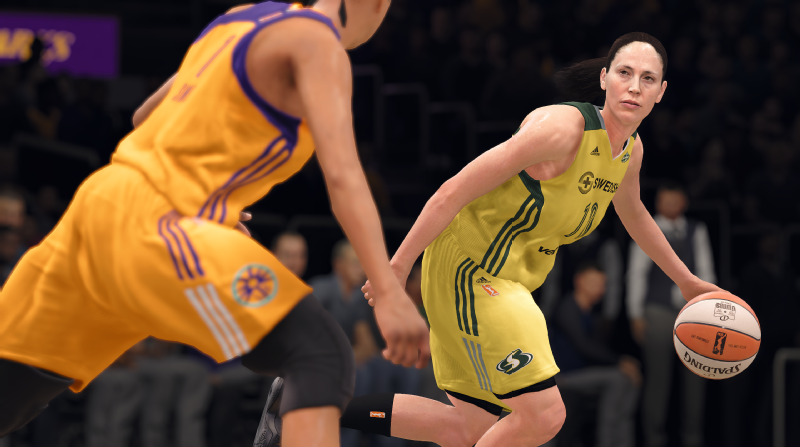 The WNBA has made a lot of history since it was founded in 1996. It’s about to make a little more when WNBA teams and players make their video game debut in the upcoming launch of “NBA Live 18.”

Per espnW, the game will be released at some point in 2017 and will include each of the 12 WNBA teams and their full rosters. Rosters will be current as of Sept. 9, 2017. Finally, fans will be able to suit up as Sue Bird, Diana Taurasi, Brittney Griner, Maya Moore and all their favorite WNBA players.

Because the video game uses motion capture technology, two University of Washington players Talia Walton and Kelsey Plum spent some time at EA Sports’ British Columbia-based studio to get fitted in those skin-tight outfits with sensors all over in order to act out all of the actions that WNBA players would eventually do in the game.

You can play as any of your favorite #WNBA players for the first time ever starting Aug. 11! #WatchMeWork pic.twitter.com/gO9lDaQpsX

While some might fret that this is a case of appeasing the league, it’s actually an attempt by the “NBA Live” franchise to generate buzz so they can catch the “NBA 2K” franchise in terms of relevance and bottom line.

“We’ve found that through research of a lot of different games in different genres that [both] men and women like playing as women,” said “NBA Live 18” executive producer Sean O’Brien. “So that’s something we’re committed to moving forward.”

The hope is that future installments of the game will add even more features for the WNBA, including create-a-character mode, just like with NBA players.

As for how much of an impact WNBA players think the game will have, that remains to be seen. At least one player isn’t going to be checking her rating, even though she has strong opinions on the matter.

“Unless there’s, like, a dance-move rating, I don’t want to see my rating,” said Chicago Sky center Stefanie Dolson. “Although my jump shot would be 99, or maybe a 95.”