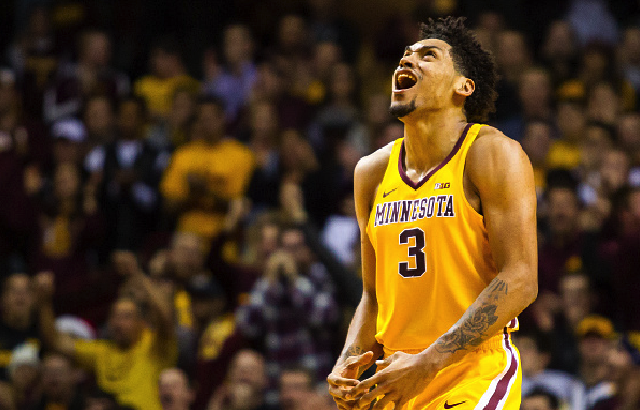 Which teams off to impressive starts are for real? Which of them still have prove their overall merit?

So which teams have the most to prove in conference play? Here are 10 that need to show us something, despite their impressive early-season records.

The first two teams in the nation to 13 victories are UCLA (slight surprise) and USC (major surprise). The Trojans are off to their best start since 1971 when they were 16-0. Picked to finish seventh in the Pac-12, they entered the AP poll earlier this month and are currently No. 21.

How good is USC really? It has one quality victory: a 65-63 true road decision at Texas A&M and needed overtime to beat Wyoming, 94-92. Overall, the Trojans’ non-conference schedule was rated No. 253 by KenPom and they ranked only No. 44 in scoring margin.

The Trojans have overcome a knee injury to forward Bennie Boatwright, who has played only five games. They have four starters averaging in double figures and the one who isn’t – De’Anthony Melton – is averaging 9.8 points.

Maryland is one of the luckiest major-conference teams in the nation. They are 6-0 in games decided by six points or less. And it’s not exactly a murder’s row the Terrapins have faced in those games: American, Georgetown, Towson, Richmond, Kansas State and Oklahoma State.

Maryland has to be the first team ever to start the year ranked in the AP, and then after going 7-0, be unranked.

Maryland was ranked No. 25 in the preseason poll, keyed by Melo Trimble. And dropped out after its first game: an unimpressive 62-56 victory over American. The Terps hasn’t been ranked since but is lurking in the others receiving votes category. The Terrapins opened the season 7-0, then lost to Pittsburgh which then promptly lost to Duquesne.

Next key game: Jan. 10 at home against Indiana.

Few coaches needed a good season more than the 34-year-old Richard Pitino. He got a major-conference job at a young age and has had little to show for it over the past three seasons. Minnesota has made more news off the court than on court in recent years. This season, they have already eclipsed last year’s dumpster fire of 8-23.

Have the Golden Gophers finally turned the corner? Their record is highly suspicious: 11 home games, one neutral site game and one road game. They beat Vanderbilt 56-52 in Sioux Falls and lost at Florida State 75-67 – the Seminoles (12-1) are ranked No. 20. Defensively, Minnesota has been impressive. That effort has been keyed by Reggie Lynch, who is fifth in the nation in blocked shots (3.33 per game).

Rutgers, off to its best start since 1975-76, played a terrible non-conference schedule. Both Kenpom.com and Sagarin.com ranked the slate sixth-worst in the nation. Excluding the season-opener against Division II Molloy, the combined record of its opponents was 64-81. Take out games against Miami (9-2) and Seton Hall (10-2), and the winning percentage on the non-conference slate plunges to .369.

When the Scarlet Knights did play somebody, they lost by double digits to Miami and Seton Hall. They were trailing at home late against Hartford before pulling out a 77-75 win on a go-ahead basket with six seconds left. Not surprisingly, Rutgers was blown out Tuesday night at Wisconsin. But it’s the first year for coach Steve Pikiell, so maybe things will be different.

Is this the year Northwestern finally reaches the NCAA Tournament? That’s truly one of the most flabbergasting facts in modern college basketball history. How can a team in a major conference not get into the Tournament at least once? Even a sad-sack program like Rutgers has been to the NCAA six times. (Made it to the Final Four in 1976!)

Northwestern is a fun team to watch, and will play in the NCAA Tournament. Bryant McIntosh, Scottie Lindsey and Vic Law are really good.

Northwestern has played some decent teams: Butler (loss), Texas (win), Notre Dame (loss) and Dayton (win). The victory over Dayton is the best on its résumé. The Wildcats had one non-conference road game, playing Butler tough before losing on a buzzer-beater, 70-68. Tuesday night’s Big Ten opening win at Penn State was a good start. But caution: The Wildcats have gotten off to fast starts before – and then crumbled.

Seton Hall was picked to finish fourth in the Big East. So far, the Pirates have enjoyed positive moments. They own a victory over then-No. 16 South Carolina, lost 81-76 against Florida and have a road win at Iowa. The win over South Carolina seems a little less impressive now that the Gamecocks have dropped out of the rankings.

Seton Hall is resilient, going 4-0 when trailing at halftime, including rallying from a 32-23 deficit against Rutgers to win 72-61. It is also 4-2 against teams from the Power 5 conferences. The Pirates are coming off their first NCAA Tournament appearance since 2006, so they are probably legit.

It’s hard to trust North Carolina State. The only good team that it has faced was Creighton and the Wolfpack lost, 112-94. The Wolfpack’s only road game was an 88-74 loss at Illinois. NC State is 8-0 at home, but almost lost to Georgia Southern at PNC Arena, winning 81-79. So what does that tell you?

NC State was picked to finish sixth in the loaded ACC. The Wolfpack has balanced scoring – five players averaging in double figures, led by Dennis Smith Jr. (18.9). The team had been without sophomore Maverick Rowan, who missed seven games due to a concussion.

Someone go look at NC State's non conference basketball schedule . Random , but it's the weakest I've ever seen

The Tigers have also been lucky, squeaking by back-to-back games against Oklahoma and UConn by a total of seven points, including going overtime at Storrs. Overall, the Tigers are 5-1 in games decided by four points or less.

Austin Wiley potential one-and-done guy — but now, with him enrolling at Auburn early, Bruce Pearl will get him for at least 1 1/2 years.

Auburn could be getting better. Freshman center Austin Wiley has only played five games since becoming eligible earlier this month. He’s averaging 7.3 points in only 17.7 minutes per game.

Tubby Smith begins his quest to become the first coach in NCAA history to take six different programs to the Tournament. Memphis was picked fifth in the American Athletic Conference. The Tigers have a lot of work to do if they want to position themselves for an at-large bid because their most impressive win was a 99-94 victory at Oklahoma. They lost at home to Monmouth and had a tough first half against (egads!) Savannah State.

Memphis also opened up AAC play on Tuesday night with a home loss to SMU.

The good news is that sophomore Dedric Lawson, who flirted with the NBA, is a walking double-double (tied for the first in the nation with 10).

Paul Weir is the new man in charge after Marvin Menzies left for UNLV. Menzies guided the Aggies to five NCAA appearances in eight years. Weir was promoted to the top spot after being Menzies’s longtime assistant.

The Aggies were picked to win the New Western Athletic Conference. They were 3-2 on the road with a loss at New Mexico (later avenging that defeat with a home victory over the Lobos) and at Colorado State. New Mexico State has not played a Power 5 opponent, which makes it difficult to read.

Paul Weir is on the map at New Mexico State. Aggies score a convincing home win over in-state rival New Mexico. Las Cruces was on fire.