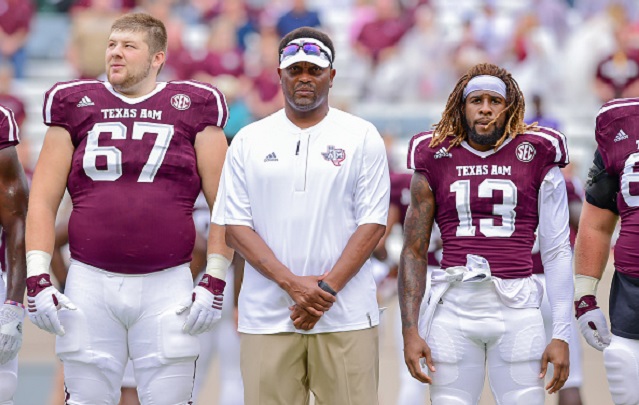 Which teams have the most at stake during the 2016-17 college football bowl season?

It’s always tough to judge a season by a bowl game, because bowls are really just glorified exhibitions with different teams facing different circumstances. Some head into bowl games with lame-duck coaching staffs, while others come in hoping to build for the next season. For many teams, bowl games are somewhat meaningless.

However, for others, bowl games can be seen as barometers for the program, and they can set expectations or the mood of the fan base heading into the next year. The [Insert Lame Sponsor] Bowl might seem insignificant on the surface, but for some teams, a win can make all the difference in perception of the program. These 10 teams all face different challenges, but these are the programs that need a bowl win — or, perhaps, just a bowl game — the most heading into 2017.

It’s hard to determine how successful this season really was for Auburn. The Tigers went 8-4, which was enough to save coach Gus Malzahn’s job, and they made the Sugar Bowl, which is the non-Playoff pinnacle for an SEC team. However, they also didn’t beat anyone of substance — their best win was LSU before Les Miles was fired.

A “meh” season was enough for Malzahn to keep his job, but his seat isn’t getting any cooler. Beat Oklahoma, and Auburn might look like the second-best team in the SEC heading into 2016. However, a blowout loss could show just how far this team really is from the country’s elite, despite the name recognition of its bowl game.

Iowa was never going to go 12-0 in the regular season again like it did last year, though its fans were certainly expecting better than 8-4. However, the Hawkeyes’ season took about the strangest arc imaginable. They lost to North Dakota State and Northwestern, then got blown out by Penn State, but suddenly turned things around in November, beating No. 3 Michigan, shutting out Illinois and and demolishing rival Nebraska, 40-10.

Despite the September slip-ups and the four more losses, this year’s Iowa team might actually be better than last year’s team. It ranks in the top 20 of the F/+ ratings, which rank teams by overall performance, not wins and losses. Iowa hasn’t won a bowl game since 2010, but after a disappointing two-thirds of a year, the Hawkeyes have a chance to replicate their 2008 season by beating Florida in the Outback Bowl. That season also included beating the No. 3 team in the country and blowing out a rival in November, coupled with an Outback Bowl win, and it led into an 11-2 season in 2009. A 2008-like finish will have the fans in Iowa City excited for next year.

As much as Jim Harbaugh’s arrival has reinvigorated the Michigan program — and to be clear, his hiring has been a major success — the Wolverines are still lacking wins in big moments. They lost to both Michigan State and Ohio State last year, and lost close games in their two toughest road tests this year to Iowa and Ohio State. Those slip-ups ultimately kept them out of the Playoff.

Beating Florida State in the Orange Bowl wouldn’t entirely make up for the disappointment of missing out on the Playoff, but it would show measurable progress as the Wolverines’ biggest win away from home since Harbaugh arrived. Moreover, this game means more reps for quarterback Wilton Speight against a good defense, and more practice for the top recruits Harbaugh has been reeling in.

Nebraska improved from 5-7 to 9-3 in coach Mike Riley’s second season, which, on the surface, might seem like progress. However, when you consider that the Huskers fired former coach Bo Pelini for consistently going 9-3, and when you consider who Nebraska beat, the 9-3 finish looks less impressive.

The Huskers only played three teams with a pulse — Ohio State, Wisconsin and Iowa — and they lost to all three. They lost to Ohio State and Iowa by a combined 102-13, with the latter loss coming in the final game of the regular season. Next year, Nebraska must replace its top offensive skill position weapons. The bowl game against Tennessee offers a chance to beat someone with a pulse, and also to give a much-maligned offensive line a chance to redeem itself against a good defensive front.

Baylor doesn’t *need* a bowl win to find some optimism for next season, since the Bears have already hired a new coach, and there are going to be a lot of people rooting against the current coaching staff. However, a win against Boise State might be enough to show people that the program hasn’t completely fallen off a cliff.

Right now, the Bears have a whopping one recruit for the 2017 class — an issue that could decimate the program — and they rank 170th in the country in the 247Sports recruiting rankings. That, coupled with a six-game losing streak to end the season, hasn’t inspired much confidence that there is enough talent to win next year in Waco. Beat Boise State, or at least hang around, and the Bears can show fans that the current team has the talent to absorb some of the blow.

Were it not for USC’s bizarre early-season struggles in losses to Stanford and Utah, the Trojans probably would have been headed for the Playoff. Right now, they’re playing like the second-best team in the country behind Alabama, with wins over Washington and Colorado — the former on the road — as part of an eight-game winning streak.

Even though the Playoff didn’t work out this year, the Trojans can use the Rose Bowl against Penn State as a building block for a Playoff run next year. Freshman quarterback Sam Darnold will get another big game under his belt, and the Trojans could return as many as 17 starters next season. Win the Rose Bowl and the hype will be off the charts for 2017.

Penn State won the Big Ten this year, but the Nittany Lions are still considered by most people in the country to be the third-best team in the Big Ten East, behind Ohio State and Michigan. No matter what happens in the bowl game, the Buckeyes and Wolverines will probably be picked to finish first and second in the division next year, but Penn State has a chance to change some perceptions.

While the defense can still be inconsistent at times, Penn State’s offense is the best in the Big Ten, and the impressive duo of quarterback Trace McSorley and running back Saquon Barkley, the best in the conference at their respective positions, can make an arrival to the national stage. Coach James Franklin thrives on attention, and he’s a great recruiter who can turn hype into talent. A Rose Bowl win would be a signal that the Nittany Lions can keep up with the bullies of the Big Ten.

Hey, remember when Texas A&M was in the top five of the Playoff rankings and seen as a dark horse national title contender? As it turns out, the Aggies were never really that good. After starting the season 6-0, A&M lost four of its last six games, and previously impressive-looking wins against UCLA and Tennessee looked worse as the year wore on.

Coach Kevin Sumlin was firmly on the hot seat before the season, and by mid-October, it seemed like he had won back the trust of the fan base. After an 8-4 finish, he might have saved his job, a lot of the confidence in his abilities is gone. A win over Kansas State probably isn’t going to change anyone’s minds about Sumlin, but a loss could be a disaster. Sumlin’s seat will be warm next year, but a loss to the Wildcats could make it much hotter.

Coaching changes often don’t officially occur until after bowl games, so for teams with new coaches, bowl games don’t mean much. However, Indiana is in a different boat. Defensive coordinator Tom Allen was promoted to full-time head coach after Kevin Wilson’s resignation, which means his first introduction to the fan base as a head coach will be against Utah in the Foster Farms Bowl.

Allen was already well-regarded among fans for turning around the Hoosiers’ defense and in just one year in Bloomington, he rose all the way to the head job. Now he gets to show how well he can work as quasi-defensive coordinator while also filling the role of Wilson, an offensive-minded coach. Nobody is going to be calling for Allen’s head in a loss, but bowl season will be important for him, as he gets extra practices and a game to experiment heading into his first full year as a head coach.

LSU is in the same boat as Indiana, but on a bigger scale. The Tigers announced after the season that they had hired interim coach Ed Orgeron, who took over on an interim basis after Les Miles was fired in September. Orgeron is well-liked at LSU, but still has to prove that he can do what Miles can’t: put together an offense that can contend in the SEC West.

One bowl game isn’t going to be enough to prove whether Orgeron is up to the task, but a win against Louisville in the Citrus Bowl can inspire a lot of confidence in Orgeron’s program. He can try some things out against a Cardinals defense that has struggled as of late, and his defense can prove itself against Heisman Trophy winner Lamar Jackson. But more than perceptions, this bowl season is about Orgeron getting 15 practices and a game in without the pressure of coaching for his job. Time to see what he can do now that he’s been given the opportunity.