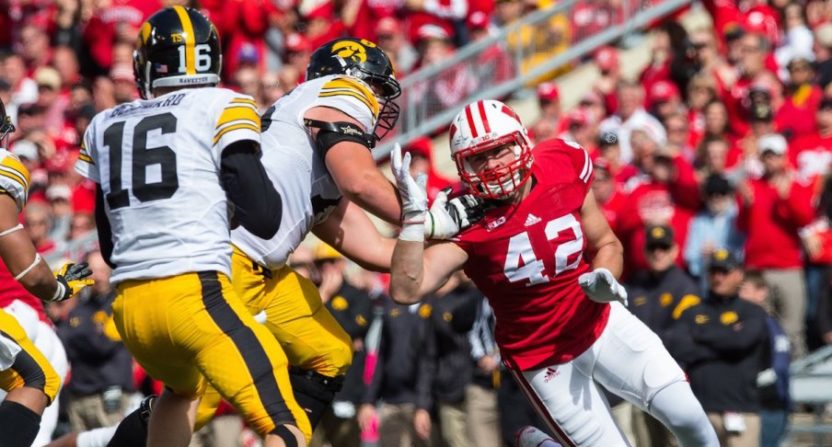 During every college football season, there are a select number of games that really shape the standings in each conference. Coaching hires have revived a once-dormant Big Ten and have turned the conference into one of the strongest in the nation. Strong rivalries and championship dreams highlight this year’s Big Ten schedule.

Here are the 10 games that will decide who plays in the Big Ten Championship Game this season.

Wisconsin has been to four of the six Big Ten Championship Games. They are the team to beat in this division. Northwestern is the upstart that has beaten the Badgers two of the last three meetings. An early season win by the ‘Cats would signal they could be ready to take the throne. A win by the Badgers means it’s likely business as usual in the Big Ten West.

An early conference rivalry game is a great chance for both teams to set the tone for their conference schedules. The Spartans want to show that they are back and the Wolverines want to prove their projected demise has been greatly exaggerated. Despite Michigan winning last season, the Spartans have owned this series recently having won seven of the last nine.

One week after facing Northwestern, the Badgers will face another of their top contenders.  With a new defensive coordinator and a new quarterback, Nebraska has a ton of questions. This game will go a long way to giving us answers about the 2017 Huskers. This is a must win for Nebraska if they want to contend for the Big Ten West.

A funny thing happened in 2016. Penn State was really, really good. So good that most are picking them to finish ahead of Michigan this season. Despite the great season by the Nittany Lions, they still got rocked in Ann Arbor and Jim Harbaugh has had their number so far. If Penn State wants to win the Big Ten East, this is where they start.

As always, Iowa is very unpredictable heading into the 2017 season. Iowa has controlled this rivalry, but lost in Iowa City last season. If the Hawkeyes want to be a contender, they must win on the road in this crucial divisional match-up.

This game was the only regular season loss for the Buckeyes in 2016. That one loss kept them out of the Big Ten Championship Game. Urban Meyer has had this game circled on his calendar of revenge for a year. This is going to be a fight.

Iowa drew a tough cross-divisional match-up here with Ohio State but it lands at a good spot on the schedule. One week after the Penn State match-up, the Buckeyes have to go on the road to face Iowa. Could this the right place at the right time for the Hawkeyes?

While the Ohio State game comes at an optimal time for Iowa, the Wisconsin game will be doubly tough one week after facing the Buckeyes. Simply put, this division goes through Wisconsin.

This is a critical inter-divisional match-up for both of these teams. If Wisconsin slips up against a divisional foe, this is a must-win game. For Michigan, being in the East means that any loss could put them out of contention. These teams have split the last eight games down the middle. A loss in this game could cost either team a chance at going to the Big Ten Championship.

Ohio State has won the last five games in this rivalry and they’ve won 12 of the last 13. Simply put, they’ve dominated. Will Jim Harbaugh and team be able to finally turn the tide of this series or will it be another win for Urban and the Bucks? Due to the spot on the schedule, more rides on this game than any other. There is usually a chance to vault into the championship game and a chance to play spoiler. This year should be no different.