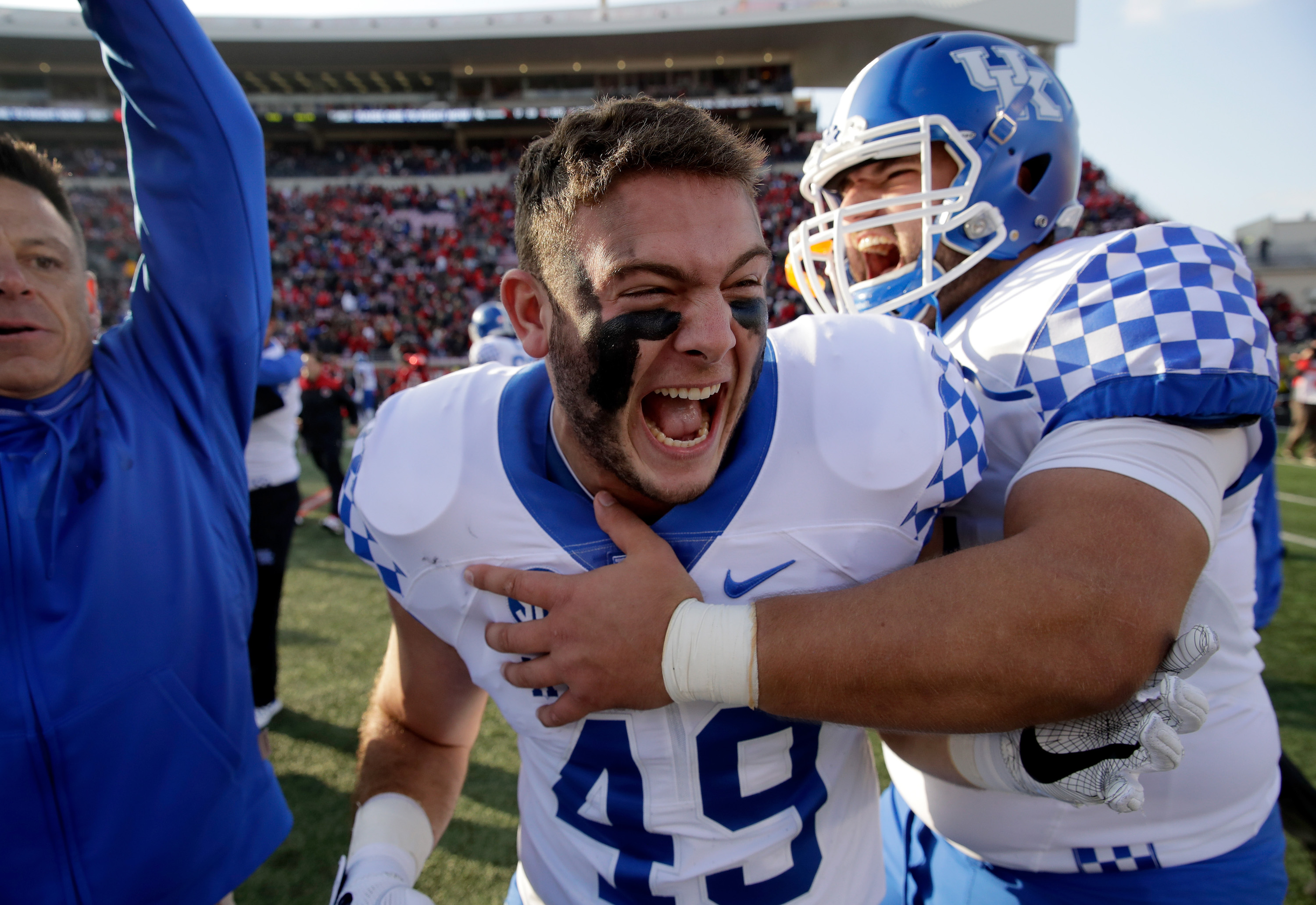 While each college football season typically plays out pretty neatly at the top (most of the December contenders were expected to be contenders months before kickoff), there are more and more surprises further down the bowl invite list.

The 2016 season was no different there. From the New Year’s Six all the way to the first postseason games taking place on Dec. 17, this year’s bowls are littered with unlikely participants.

But which were the most unlikely of all? Here’s a look at the 10 bowl teams that were most shocking, given preseason expectations.

The long-time MAC doormat finally put it together this season, grabbing seven wins in a down year for the conference. But more than that, they proved this was a program worth keeping around. Before the season, EMU students and faculty were of the opinion that it was time to drop football altogether. Now, they’re headed to their first bowl game since 1987 (back when the team was called the Hurons). One more victory and they’ll capture just their third eight-win campaign ever.

Since the start of 2011, the proud Miami program had really bottomed out, with five-straight losing seasons. The existing and incoming talent on the roster failed to indicate a major turnaround in 2016, and yet, that’s exactly what occurred. Even more jarring, the RedHawks started a disastrous 0-6, then spent the final half of the season winning six in a row and tying for the MAC East title. Now, Miami will face off with a sub-.500 Mississippi State team in the St. Petersburg Bowl.

Idaho is on the precipice of moving from the FBS to FCS – the first program ever to downgrade since Division I separated into two separate tiers nearly 40 years ago. But despite an uncertain future and constant program difficulties, they’ve done just fine this year. More than that, they’ve been a fun and confident offensive team that closed 2016 on a 5-1 run. If you’re an unaffiliated fan watching the Famous Idaho Potato Bowl, you might as well root for the soon-to-be-relegated Vandals, one of the sports’ best feel-good stories this year.

One of the over-arching trends for this list is tough jobs. EMU, Idaho, and Hawaii are among the toughest places in the country to succeed, yet all three are going bowling this year. For the Rainbow Warriors, they got there by winning close games down the stretch and beating up on the messy West division of the Mountain West. After a half-decade of struggles, the Warriors may have found their coach in Nick Rolovich.

Colorado’s under-resourced program should be doomed to fail in the loaded Pac-12. Instead, using a savvy hire in Mike MacIntyre, the Buffaloes went from worst to first this year – MacIntyre’s fourth in Boulder. The Buffs may have just missed out on the Rose Bowl, but the consolation prize of an Alamo Bowl matchup with Oklahoma State is still a far cry from where they were. After a decade out to sea, Colorado appears to be back as a fully-functional football program.

In Craig Bohl’s first two seasons coaching Wyoming, the Cowboys had shown little progress. If anything, they went backwards, from 4-8 in 2014 to a miserable 2-10 in 2015. So expectations were low this year. Of course, that didn’t much matter to Bohl and Wyoming. The team pulled regular season upsets over both Boise State and San Diego State, while winning the Mountain division. They lost the Mountain West title game, but their first bowl berth (the Poinsettia Bowl vs. BYU) since 2011 is a serviceable consolation prize.

After getting blown out by FCS program Portland State 66-7 last year, North Texas fired coach Dan McCarney. The program was cratering, and the administration had seen enough. A season later, the Mean Green find themselves bowling. Even on an APR-related technicality, it very much counts. UNT shouldn’t be as difficult of a job as it’s proven to be over the years, given its advantageous geography. Perhaps this is the first step to a more consistent future.

Old Dominion shuttered their football program in 1940 and it would be another 69 years before the Monarchs returned to the field (as an FCS independent). Eight years (just three in the FBS) later, ODU’s going to their first bowl game ever – and in resounding fashion, too. At 36 points per game, the Monarchs were one of the 30 highest scoring teams in the nation. They also finished a tiebreaker short of playing for the Conference USA title this year. In a division of Western Kentucky, Marshall, MTSU and more, this wasn’t supposed to be possible so soon.

The talent on Kentucky’s roster may have suggested there was a bowl chance, but the schedule certainly didn’t. However, an offensive shift to one of the country’s top rushing attacks powered a 5-2 finish and a brief flirtation with SEC East title contention. UK also spoiled rival Louisville’s Orange Bowl hopes, hung closer with Alabama than most of the Tide’s opponents all year, and won more SEC games than they had in any season since 2006. This year’s TaxSlayer Bowl trip is their best bowl invite since 1998’s Outback Bowl.

South Carolina’s recruiting had started to slip even before Steve Spurrier surprisingly quit mid-2015, and a switch to failed former Florida head coach Will Muschamp brought no guarantees to change that overnight. Muschamp got the Gamecocks to the postseason anyway on the back of a Top 40 defense and with some help from a Tennessee upset. Like Kentucky, the schedule didn’t seem to accommodate a bowl trip in 2016. South Carolina never appeared to be too concerned with that.