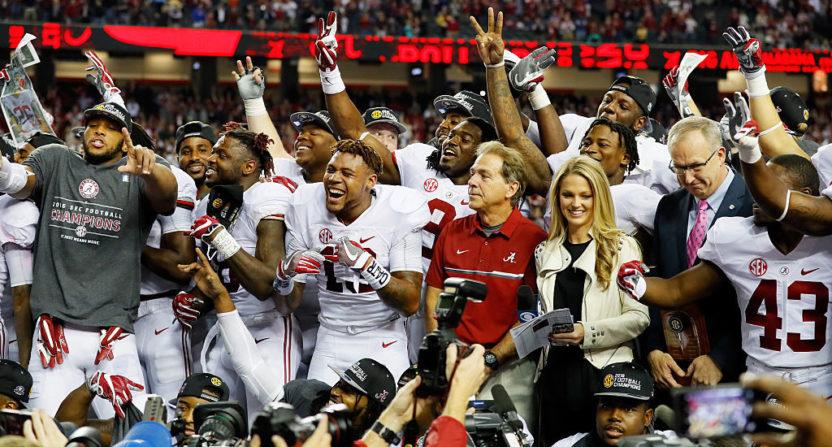 The 2017 college football season is just about here. We’re all quivering with anticipation for that Ohio State vs. Indiana megacast on Thursday.

In anticipation of college football’s seven-month absence ending, we surveyed 18 college football media members for their predictions before the 2017 season. This should provide a useful consensus of where the media stands before the seasons on teams, coaches, and issues.

Respondents named three clear favorites to reach the College Football Playoff. They won’t surprise anyone. Alabama received 17/18 votes. Ohio State got 16/18 votes. Thirteen media members saw Florida State joining them. USC was the next most popular choice with seven votes. Clemson and Stanford each earned four votes. Oklahoma and Oklahoma State got three each. Washington and Penn State each received two votes. One voter had Auburn beating out Alabama.

That more or less conforms to the betting odds. USC is the second favorite from the betting odds. The Bovada odds are higher on Michigan (16-1) and LSU (25-1) to win the Playoff. Media members like Oklahoma State (40-1) and Stanford (75-1) more than oddsmakers.

Not surprisingly, given how the Playoff predictions panned out, Florida State is the media favorite to win the ACC. Fourteen voters (78 percent) had the Seminoles winning. The other four voters chose Clemson. The Big Ten poll was even less contentious. Seventeen voters (94 percent) thought Ohio State would win the conference. One media member predicted Penn State would repeat as champion.

The Big 12 was the one conference where there was real disagreement. Voters split 8-8 between Oklahoma and Oklahoma State. The other two thought Bill Snyder and Kansas State could sneak in there and win it. No one jumped on the Tom Herman hype train. USC led Pac-12 votes, with 11 of the 18 (61 percent) predicting the Trojans would win the conference. Stanford received five votes (28 percent). Washington got the remaining two votes.

The SEC poll went as one would expect. Seventeen of the 18 voters thought Alabama would win the conference. One brave soul opted for Auburn.

Media members were divided on who they felt the surprise team would be. Perennial sleeper pick N.C. State received two votes. So did Washington State and South Carolina. The most disappointing team poll reached a bit more of a consensus. Penn State and LSU led with three votes. Georgia, Michigan, Oklahoma, and Oklahoma State each received two votes.

Four of the 15 voters who answered the question thought Appalachian State over Georgia would be the season’s biggest upset. One voter also had Georgia losing to Notre Dame. The boldest non-conference upset pick was UMass over Tennessee. The most ambitious conference upset picks were Virginia over Virginia Tech and Syracuse beating Clemson.

We canvassed media members for win totals on last season’s three big disappointments: Oregon, Michigan State, and Notre Dame. Respondents thought Oregon and Notre Dame would rebound to be bowl teams. Each had a range of six to nine wins. Oregon (7.4 wins) came out slightly under its over/under of eight wins. The Irish (7.8 wins) came out slightly over their over/under of 7.5. Respondents gave a 4-8 win range for Michigan State. The average (5.7 wins) exactly matched the Spartans’ S&P+ projection. That would have the Spartans hitting under 6.5 wins.

We also asked about some of the more interesting teams. On average, media members felt USC would win 10.2 games (over 9.5). Respondents predicted exactly nine wins on average for Michigan and Miami, exactly matching each team’s over/under line. Media members saw 8.4 wins for Texas, beating the over/under line of 7.5

All About The Coaches

Media members giving Auburn a range from “SEC Title/Playoff Appearance” to “getting Gus Malzahn fired before the season ends” fits.

Stanford’s David Shaw and Northwestern’s Pat Fitzgerald tied with three votes each for best coach to work with. Bret Bielema, Matt Rhule, and Rich Rodriguez each got two votes. Media members had clear least favorite coaches to work with. Louisville’s Bobby Petrino was the worst with four votes. Jim Harbaugh and Kirby Smart were just behind him with three votes. Nick Saban got two votes as well.

Not surprisingly, Ed Orgeron was the clear favorite coach to have alongside you in a bar fight with seven votes. Kyle Whittingham, Steve Addazio, and Will Muschamp received two votes each.

We also asked about coaches media members would least like to be stuck in a car with for 12 hours. Petrino led the way with four votes. Tennessee’s Butch Jones was a close second with three votes. Jim Mora, Mike Leach, and P.J. Fleck each received two votes. 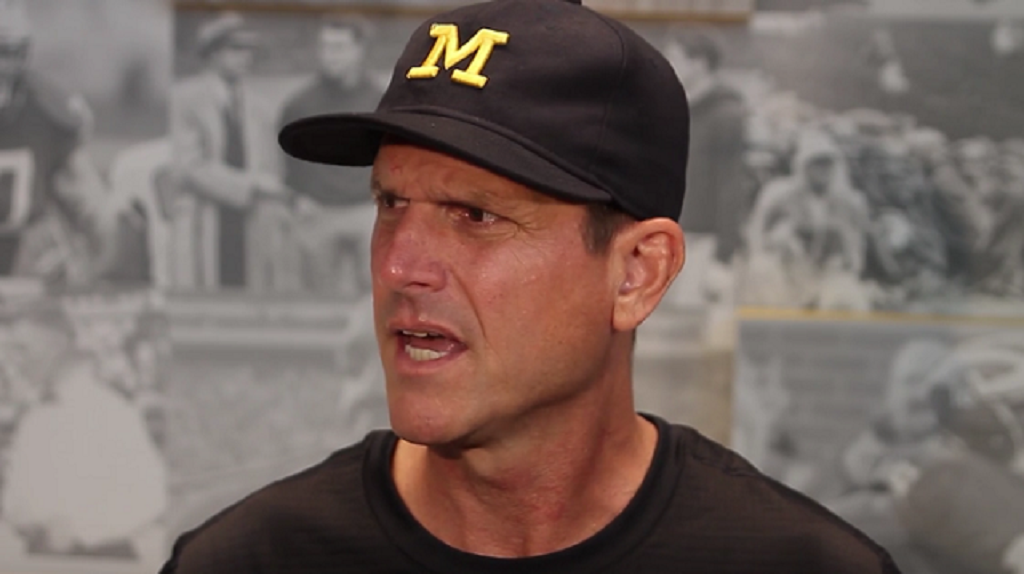 CTE and head injuries for college players led the way for under-covered stories with nearly half of respondents mentioning them. Multiple media members were also curious about “what the hell is going on at Michigan State?” Also mentioned were how bad the bottom of the Big Ten is, painkillers, sexual assault issues, the stability of Group of Five conferences and, of course, the dearth of long snapper coverage.

Respondents suggested three broad worst things about college football coverage. They feel there is a lack of in-depth reporting, whether that’s records requests or story-telling. A large part of that was not getting access to players because of “overly paranoid coaches.” They also dislike the lazy click bait and hot takes that replace much of that actual reporting.

Media members offered a few common changes that would improve college football. One would be shortening games by eliminating the clock stoppages after first downs. There seems to be increasing support for uniform, standardized scheduling and getting rid of divisions. Multiple media members would also improve officiating (targeting calls), allow for players to earn off-the-field income, and give the playoff committee clearer, better metrics.

Are late Pac-12 kickoffs affecting the Heisman voting? Ten of 18 media members (56 percent) say they regularly stay up for all four quarters of the 10:30 pm Pac-12 kickoff. We may want to revisit this one with a polygraph.

Two-thirds of voters support expanding the College Football Playoff. A plurality (eight votes) supported broadening the Playoff to eight teams. Two preferred a six-team playoff. Another two wanted the Playoff extended to 16 teams. The remainder (six votes) wanted to keep the Playoff at four teams. No one wished a return to the BCS or just bowl games.