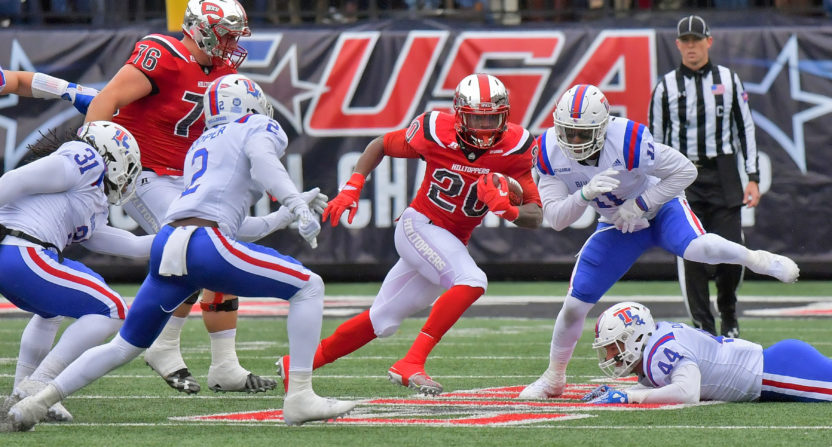 Western Kentucky may be moving forward with a new head coach, but the Hilltoppers will remain the decisive favorite in the East Division this season, according to our collective thoughts. Middle Tennessee plucked away one first-place vote from the two-time defending division champions.

After the top two, the staff was fairly consistent with the rest of the division picks, with Marshall, Old Dominion, and Lane Kiffin’s FAU all packed together in the middle. (Tiebreakers were used to separate the teams in the standings shown above, with Marshall and Old Dominion managing to tie after all tiebreakers were exhausted.) Newcomer Charlotte, as should be expected, could be in for a rough season, their first as an FBS member.

In the west, it was unanimous. Louisiana Tech is the clear favorite, having swept our staff’s first-place votes this season. Louisiana Tech has won the division two of the last three seasons, but has yet to win a Conference USA championship game. Southern Mississippi stayed just ahead of UTSA in our preseason voting for second place.

Collectively, the expectations for UAB’s return to college football after a brief absence are low. The Blazers were placed at the bottom of the ballots of all but one staff member and received the second-fewest votes among Conference USA teams (Charlotte received the fewest votes).

Three different teams were picked by our staff to win the Conference USA championship game this season, but no team received more picks than Louisiana Tech. As mentioned above, the Bulldogs have come up shy of a championship game victory in two attempts. One staff writer picked a three-peat for Western Kentucky, while one other picked Middle Tennessee to celebrate its first C-USA title.

Our picks for preseason offensive player of the year may have been split, but there is a common theme in play here. Both of our picks are quarterbacks, which suggests we could be in for some big performances by the top quarterbacks in Conference USA this season. Brent Stockstill and Mike White each picked up two votes. Get ready for some high-flying action, Conference USA fans.

There was no debate here. All five of our preseason picks for defensive player of the year in Conference USA came back with Louisiana Tech linebacker Jaylon Ferguson’s name on it. Our unanimous pick for defensive player of the year has already been racking up accolades during his time with the Bulldogs, including First Team All-CUSA honors a season ago. 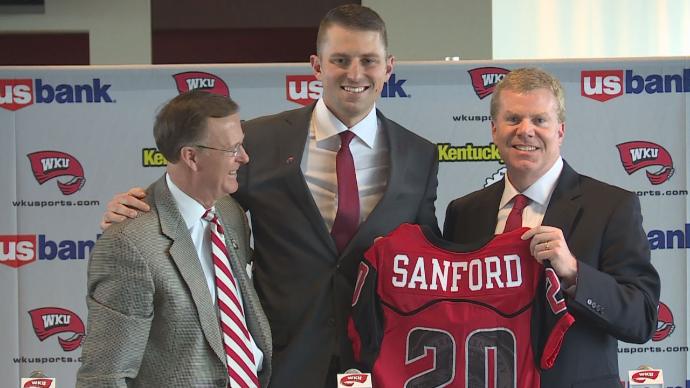 A pair of new head coaches to Conference USA shared a split of our staff’s preseason picks for coach of the year. While Lane Kiffin is the known face in the conference, it is new Western Kentucky head coach Mike Sanford who narrowly came out on top of our preseason voting. The former Notre Dame assistant replaces Jeff Brohm (Purdue) but walks into a good position with the Hilltoppers with a chance to win right away.

Yesh: Louisiana Tech and Western Kentucky each go 12-1, including a combined 4-0 against Power 5 teams, and their only losses come to each other.

Matt: Louisiana Tech has a top 10 offense again. It’s not really that bold, but when a team loses its QB and a pair of great receivers, it is certainly hard to repeat the trick again. But they still have plenty of talent at the skill positions and a rising star in J’Mar Smith at QB, so the possibility exists that they even exceed the 44.3 ppg they averaged last season. If you want to watch a crazy fun offense, Skip Holtz’s unit in Ruston might be one of the most fun in the country this year.

Phil: I know the consensus here is for Western Kentucky, Middle Tennessee, and Old Dominion to be a cut above the rest in the East. But with good recruiting classes maturing, and with Lane Kiffin at FAU with the top of the league coming back to the pack a little, I think FAU will surprise. It won’t be a banner year, but a good turn the page year where FAU jumps into the top three of the division and gets to a bowl.

Kevin M: Lane Kiffin may be the big name head coach most people will be watching this season, but the first head coach from the Sunshine State to be offered a job by a bigger program may end up being none other than Butch Davis at FIU. Davis is back in the saddle again after a six-year hiatus following an academic scandal fallout at UNC. Like Kiffin, FIU is an opportunity for Davis to rebuild his credibility and career, and even a slight bit of success at FIU this season could lead to him being in the mix for some potential job offers as programs forgive and forget about the past.