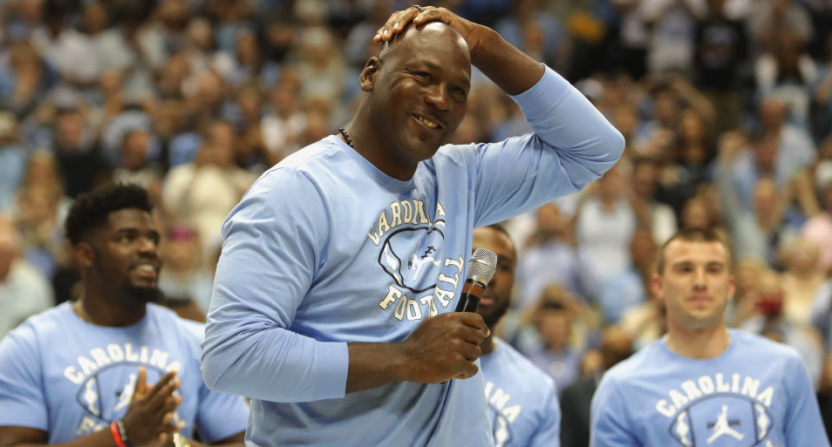 Welcome to the final weekend of college basketball. By Monday night, a new champion will be crowned. It could be a first-time titleist with half of the Final Four teams making their first-ever appearance in the national semifinals. Who’s going to win it all?

And who can claim cultural superiority? Here at The Comeback, we’ve done all the homework, so you don’t have to. This is everything you need to know to form your own opinion about these schools.

Reason to celebrate: These are no longer your older brother’s Zags. After years of waiting, Gonzaga has finally reached its first Final Four.

Greatest athletic achievement: This is it. On paper, this was supposed to be the most talented Gonzaga team of all time. The program finally delivered.

Where to hang out: If you’re in Spokane, you’ve got to visit Jack and Dan’s. It’s an institution and once named one of the top sports bars in America by Sports Illustrated. And who knows, you might run into John Stockton. His father, Jack Stockton, owned the bar before selling it in 2006.

The lowdown: Most people wouldn’t know Spokane existed if not for the Zags. Yes, it’s the second largest city in Washington to Seattle. Seattle and Spokane are vastly different and on opposite ends of the state. Spokane was ranked one of the most dangerous cities in America. (No. 22 by SafeWise.) Ouch! It was also ranked by Travel And Leisure Magazine as having the third-least attractive city. Double Ouch!

Gonzaga has given the city an identity. The tiny school originally was a mid-major surprise team that slowly built itself into a consistent power. The run began in 1999 when it reached the Sweet 16 for three straight years, including the Elite Eight in 1999 where it lost to eventual national champion UConn in the regional semifinals. Gonzaga is what every mid-major aspires to be. Dan Monson started it all, but left after the 1999 season for a bigger school: Minnesota.

He should have stayed. Monson was fired from Minnesota after seven seasons and one NCAA appearance. The man who took over for him? Mark Few.

Gonzaga's road has finally led to the #FinalFour pic.twitter.com/zsnXmaRfEz

Reason to celebrate: Are you kidding me? South Carolina, one of the historically worst major conference basketball programs, is in the Final Four for the first time. Normally at this time, Gamecock fans are immersed in spring football, wondering who is going to be the backup tight end.

Greatest athletic achievement: This is it. When Frank Martin took this job in 2012, some thought it would be the death of his career. Somehow, someway – keyed by SEC player of the year Sindarius Thornwell – Martin has this No. 7 seed in the Final Four.

Tony Kornheiser on PTI: Sindarius Thornwell "sounds like a character out of Game of Thrones"

Where to hang out: Apparently, fried burnt bologna sandwiches are a thing in South Carolina. Never had one before. Seems lethal. But if you’re going to enjoy the local fare, you can visit Baker’s Sports Bar & Grill.

The lowdown: If you’re from the North, like yours truly, you tend to have a preconceived notion of South Carolina. After all, it was the first state to secede from the Union. And there’s the whole issue with the Confederate flag. It’s unfortunate because South Carolina does have some wonderful cities and people. Heck, Bill Murray calls Charleston, S.C. home.

Columbia isn’t Charleston, but it was ranked No. 46 last year by U.S. News & World Report in its Top 50 Best Places to Live. It’s currently No. 56 – ahead of Pittsburgh, St. Louis and Philadelphia. Sadly, Columbia is also the 11th fattest city in America.

Been a great year for South Carolina sports! pic.twitter.com/PSHzaz1Rps

It probably won’t get much better than this for the Gamecocks. Well, unless the impossible happens. But that can’t happen. Right?!?

Reason to celebrate: Get ready to party like it’s 1939. This is Oregon’s first trip back to the Final Four since… well, before World War II.

Greatest athletic achievement: The Ducks won the first very first NCAA championship. Back then, the field consisted of eight teams and was played before a crowd of 15,025 in Evanston, Illinois.

Where to hang out: If you want to get your quaff on and quack on, it’s The Cooler Restaurant & Bar. It’s the place to go for football games since it’s near the stadium. But now fans go watch all that Phil Knight money finally pay dividends. Could the basketball team win a national championship before the football team?

The lowdown: Welcome to Eugene, Oregon also known as the Emerald City. It’s a very green college town and the second largest city in the state. If you’re down with the hippie culture, this is the perfect place for you. Everyone wants to keep it local, whether it’s farming or brewing beer.

The establishment was also founded here – Nike. And everyone is passionate about their Ducks – particularly when it comes to football season. This basketball success is just an added bonus. Not many Oregon fans made the trip to Kansas. Wonder how many will be in Arizona?

There are 13,500 Kansas fans here. The only people making noise are the 500 Oregon fans as Let's go Ducks rings out in the Sprint Center.

While South Carolina coach Frank Martin is deservedly getting praise, don’t overlook Dana Altman. He kept the Ducks together despite losing Chris Boucher to a knee injury. Altman has had an interesting career path. He was a head coach at Marshall, Kansas State, Creighton before coming to Oregon.

How annoyed must Kansas State fans be that two former Wildcat coaches (Martin and Altman) are in the Final Four?

Reason to celebrate: The Tar Heels got back to the Final Four after the most crushing loss in program history. That’s not easy. But few outside of the state will be rooting for them. According to Yahoo! Sports national basketball columnist Pat Forde, North Carolina is the least likable among the Final Four participants.

Where to hang out: The Triangle (Chapel Hill, Raleigh and Durham) can be fun. Three big-time schools –North Carolina, Duke, North Carolina State – all close together. The Tobacco Road Sports Cafe has a location in all three cities. That begs the question: will Duke and NC State fans cheer for or against the Tar Heels?

The lowdown: Let’s not talk about the town, but rather the school. Among the Sweet 16 participants, only Duke (No. 8), UCLA (No. 24) and Michigan (No. 27) are ranked higher by US News & World Report Best Colleges. Luke Maye, who made the game-winning shot to beat Kentucky last weekend, showed up for an 8 a.m. class the next day and got a standing ovation.

Luke May was back in class this morning 13 hours after sending UNC to the Final Four. https://t.co/IgWFxaLwNv pic.twitter.com/TJqlUtv36i

Of course, this makes the academic scandal in Chapel Hill that much more painful. It has not only hurt the school’s reputation, but also cost the university $5.6 million. The NCAA has slow-walked this case to a point where it hasn’t affected the on-the-court product (yet).

According to Sports Illustrated, the allegations cover a period from 2002 to 2011 and do not mention Roy Williams. Maybe Williams will get his third NCAA title and ride off into the retirement sunset. He’s 66 and there was speculation last year he would quit after the 2016 season.

But daggum it, Williams seems as youthful as ever.

Gonzaga vs. South Carolina:
Who can root against the Zags’ large and in-charge center Przemek Karnowski? His beard has its own Twitter handle (@KarnowskisBeard). Gonzaga wins.

* Title will be vacated five years later due to another academic scandal. Just kidding! Well, sort of.