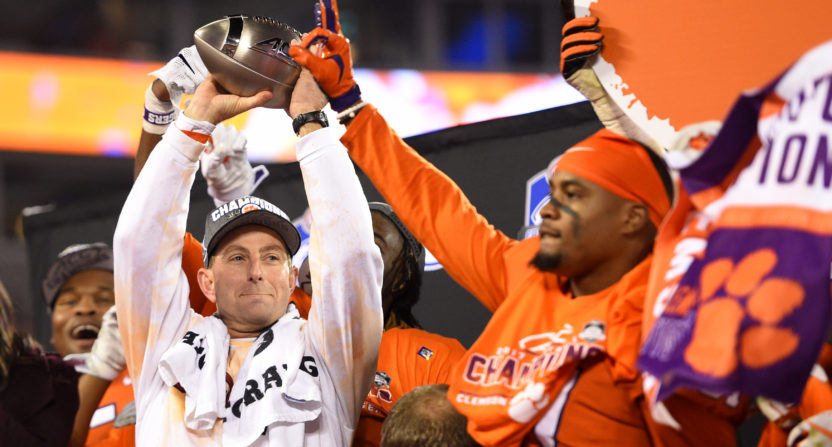 Just days after the Big 12 and SEC kicked off the media day fun, the ACC gets going on Wednesday with the first of two media days in Charlotte, NC. As if the ACC didn’t have enough storylines to pack into a 48-hour span on its own, the ACC representatives attending the event will be among the first to respond to national topics and debates coming out of the SEC and Big 12 this week.

Here’s a look at some of what to look forward to during the annual ACC Football Kickoff this week:

Clemson has been the team to beat in the ACC the last few years, and that appears to be the likely expectation in the conference once again this season. With a monster defensive line ready to go and a quarterback situation that either relies on veteran Kelly Bryant or freshman Trevor Lawrence, it seems Dabo Swinney once again is in position to charm the masses and prepare for another playoff run.

The window is still open for Clemson to nearly run uncontested in the ACC, but the competition will begin getting a bit tougher soon enough. Florida State won’t be staying down for very long, Louisville will likely remain a challenger more often than not, Miami is on the rise (more on them in a moment), and Virginia Tech is a regular threat from the opposite division.

Clemson has played in the College Football Playoff three straight years with two appearances in the CFP National Championship and one national title. After getting controlled by Alabama in last year’s playoff, the experience could pay off for another wildly successful season this fall.

2. The inevitable “Is Miami back” discussion

If you got tired of the topic last season when Miami was threatening to make a run to the College Football Playoff until the final weeks of the season, get ready. You haven’t seen anything yet.

After going 10-3 last season and ending the year with three straight losses, Mark Richt should have Miami ready to turn the page and continue to build on what went right last season instead of dwell on what went wrong. It was visibly clear that Miami was making improvements but they were not ready for the big moment just yet, as shown in losses to Clemson in the ACC championship game and the Orange Bowl against Wisconsin.

Miami returns seven defensive starters and the offense is led by returning starters at quarterback (Malik Rosier) and running back (Travis Homer). Miami has the chance to start the year with a bang with a game against LSU in Arlington, Texas. Win that, and the “Is Miami back” columns will be found everywhere in the first few weeks of the season.

Part of the supposed fun of media days is having coaches in one conference respond to comments made by another coach in another conference. And this one could be a little extra spicy given who is involved.

Former Florida State head coach Jimbo Fisher made his debut at SEC Media Days in Atlanta as the head coach at Texas A&M. And he made quite a splash by suggesting the reason the ACC has become as good as it has in recent years is because of the SEC.

I expect this quote to make its way onto the bulletin board at Clemson:

"The ACC’s progression is due to the SEC." – Jimbo Fisher

On one hand, Fisher may have a point. Not so long ago, the ACC was clearly down as a conference, so much to the point where commissioner John Swofford addressed the concerns at media days by suggesting the conference needed to step up their performance on the field and win non-conference games. This was at a time when the SEC was stringing together BCS title after BCS title and winning seemingly all the notable non-conference matchups. To their credit, the teams in the ACC have improved their caliber of play throughout the conference, and the results have started to show in a variety of ways.

But this particular comment coming from a former Florida State head coach (who just so happens to be coaching one of his first games at Texas A&M against Clemson in Week 2) is sure to be brought up at the ACC Football Kickoff.

Speaking of Florida State, the Seminoles have a brand-new head coach in former USF and Oregon head coach Willie Taggart. Taggart will be quite the contrast to what FSU and ACC media and fans have been accustomed to with Fisher, because Taggart is a bit more laid back and runs things differently. And the expectation to turn things around quickly in Tallahassee is not an unreasonable one for Taggart, who has a track record for improving a program everywhere he goes (the exception being staying at Oregon for just one year).

Florida State will be re-tooling practically the entire defense, but the offense should be able to keep things on stable footing to start the season with a new offensive style being put in place.

Taggart is the lone new wolf to the ACC coaching den this season. That means the coaching hot seat buzz, for some, will be worth paying attention to. The thing is, the hot seat buzz in the ACC is pretty calm right now. If Larry Fedora were to have a disaster of a season at North Carolina, a change could be a possibility in Chapel Hill. Pat Narduzzi at Pittsburgh doesn’t appear to be on any hot seat either, although it could be frustrating seeing Pitt score another upset (or two) against some highly-ranked opponent just to finish the year fighting for .500. The ACC looks to be in pretty solid shape as far as coaching outlooks are concerned this season, but that can always change in a hurry with some bad seasons here and there and other coaching opportunities opening up elsewhere. But there’s a good chance there are no new faces at the ACC media day event this time a year from now.

5. What’s up with the ACC Network? 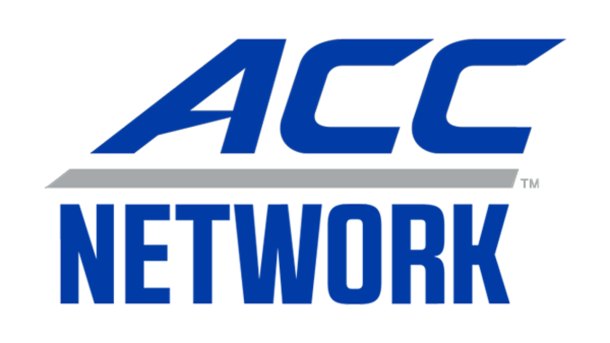 Another little piece of information to come out of the SEC Media Day on Monday was the news of SEC Network expansion into the New York metro area. And those in the ACC should be interested in that development because it could be good news for the ACC and the future ACC Network.

With ESPN already laying the pipelines for the SEC Network, it stands to reason the door will already be open for the ACC Network when it’s time to go on the air in August 2019. ESPN has not released a list of carriers expected to carry the ACC Network at launch just yet, but having the SEC Network in a major market like New York should be encouraging for the ACC, which will actually have a vested interest in the New York (and New England) area with schools like Syracuse and Boston College driving the conference in the region.

How much we will learn about the status of the ACC Network and the pending launch remains uncertain, but it will likely be brought up to commissioner John Swofford. It always is.

This is just a sampling of what to look forward to during the ACC Football Kickoff. It’s more than enough to chew on for now.