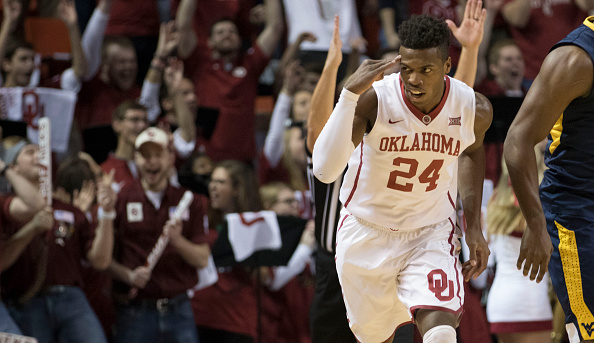 Welcome to Five College Basketball Questions You Need Answered. Any retransmission of this column without the express written consent of the author is prohibited and punishable by taking regrettable fashion tips from Arkansas coach Mike Anderson (more on than later).

No. 1 Is Oklahoma’s Buddy Hield is the most unstoppable force in college basketball?

Buddy Hield is easily the front-runner for national player of the year honors. Barring a complete collapse down the stretch, he’ll likely win it. The senior guard might be the greatest import from the Bahamas since Sidney Poitier.

Hield is the nation’s second-leading scorer (26.1 points per game). He is shooting 51.4 percent from the field, 90.4 from the free-throw line and 51.5 from 3-point range (second in Division I). Stats guru Ken Pomeroy rates Hield as his player of the year – with Iowa’s Jarrod Uthoff a distant second.

On Saturday at Baylor, Hield was deadly efficient (19 points on 7-of-10 shooting, 4-of-7 from beyond the arc) with 8 rebounds. The only thing that stopped him was first-half foul trouble. The top-ranked Sooners won 82-72 at No.13 Baylor.

“People get to college and realize, ‘Oh, there’s a hole in my game,’ but when they get to the gym, they work on what’s comfortable and the things they do well,” Kruger said. “That’s easy. We challenged Buddy to work on the things he wasn’t comfortable with and because he was so receptive to it, he’s where he is.”

Ignore the Dream killers and Doubters because they ain't Perfect

Hield will get another chance to impress when Oklahoma plays host to Kansas on Feb. 13. Earlier this month, Hield lit up the Jayhawks for 46 points but the Sooners lost in triple overtime 109-106.

No. 2 What’s next for Michigan State after avoiding DEFCON Level 2 status?

Perhaps no team with national championship aspirations needed a victory more last weekend than Michigan State. The then 11th-ranked Spartans prevailed over No. 7 Maryland 74-65 to snap a three-game slide. Forward Matt Costello hugged coach Tom Izzo as if the Spartans just escaped from Shawshank State Prison.

Michigan State’s skid was a bit perplexing since star guard Denzel Valentine was back in the lineup after his knee injury. Another loss – especially at home – would have been a major setback.

“It was really important,” guard Kenny Goins said. “We were in a little bit of a slump in the last few games. Every team has to go through it during the course of the season, but we got ours out of the way. Now that we’re back on track now hopefully we can build off of this and keep going.

The Spartans next two games are at Northwestern (15-6, 3-5) on Thursday and home against Rutgers (6-14, 0-7) on Sunday. They’ll need to finish the regular-season strong to position themselves for a high seed in the NCAA tournament.

One of the most surprising performances over the weekend came from the University of Louisville’s seven-foot Egyptian. You kept waiting for Anas Mahmoud to rip off the Scooby Doo mask just to see who he really was.

Mahmoud, who had a grand total of 43 points this season, had the game of his life at Georgia Tech. The sophomore tallied a career-high 15 points and a key block down the stretch to help the Cardinals win 75-71.

Louisville’s frontcourt is without center Mangok Mathiang (broken bone in his right foot) who has missed nine games. That has forced Rick Pitino to dig deep into his bench. On Saturday, he got more than what anyone expected from Mahmoud, who is skilled but raw.

Pitino has called Mahmoud a ‘carbon copy’ of former UofL star and current Minnesota Timberwolves player Gorgui Dieng. But we’ve seen precious little evidence until Saturday when Mahmoud was 6-of-9 from the field.

So who is this guy wearing Anas Mahmoud's jersey today?

#AnasMahmoud could become biggest star out of #Egypt since Omar Sharif. 7-footer ran the floor from end to end for sky dunk on a long pass!

No. 20 Kentucky at No. 4 Kansas on Saturday: Kansas has won 34 straight at Allen Fieldhouse and the Jayhawks are 200-9 there under coach Bill Self. Kansas’ last loss at home was Jan. 5, 2014 against San Diego State. Kentucky is only 2-3 on the road – with all three losses to unranked opponents.

There are certain things one should never do: sing out loud at the gym, wear socks with sandals, and wear a white necktie with a white shirt. Arkansas coach Mike Anderson is guilty of that last infraction.

Yes, last week’s Kentucky vs. Arkansas game was a White Out but Anderson took the dress code too far. In the history of mankind, only a deity has successfully worn a white necktie with a white shirt.

Some were upset that Anderson sprinted by Kentucky coach John Calipari in the handshake line following a 80-66 loss to the Wildcats.

But if Anderson ever wears that color combination again, he should be suspended.