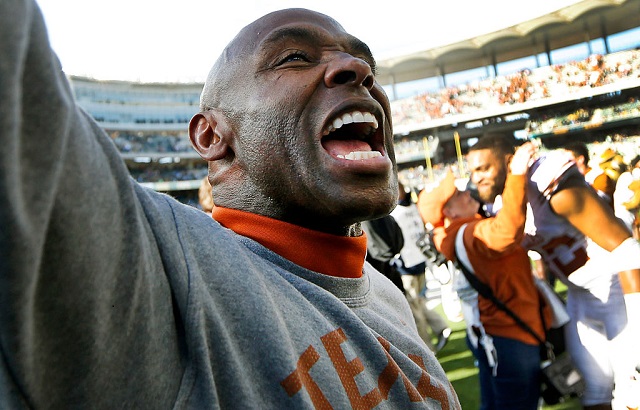 Hugh Freeze is out at Ole Miss, not for his role in the program’s looming NCAA mess but his startling usage of his work-provided cell phone as a public employee. Naturally, the discussion turns to who replaces him on a permanent basis in 2018.

The first thing to remember is Ole Miss is not a great job. The SEC West is the toughest, deepest division in the country. Ole Miss is the sixth-best job out of seven. It’s an uphill battle at the best of times, a testament to what Freeze did on the field. The next few years won’t be the best of times.

The NCAA has been investigating Ole Miss for years. This investigation is not for technicalities. Ole Miss had a star player announce he had accepted improper payments during the NFL Draft. The cloud surrounding the scandal has already affected the Rebels’ recruiting. Potential NCAA sanctions could hit the scholarship numbers.

Anyone with better options won’t take the Ole Miss job. Chip Kelly will have better options. Even if he had interest, can Ole Miss hire someone with a show-cause penalty in his past? That said, Ole Miss is an SEC job. SEC jobs don’t come available too often. Here are six coaches Ole Miss could land.

Miles, who turns 64 in November, would be an experienced hand on the tiller. He has 16 years of head coaching experience, most of it in the SEC West. He’s a big personality with recruits and the media, the sort of person who can provide a clean perceptual break. He’s the biggest name Ole Miss could get who would want the job. He would be a reasonable short-term hire.

Strong failed at Texas. But he still has an excellent reputation within the coaching world. Strong inherits a loaded South Florida team that could be in for a great 2017, if he can improve the defense. He would check a lot of boxes for Ole Miss: big name, great recruiter, reputation for integrity as a coach, a lot of experience in the SEC. He caught a break with that divorce case being settled. The question would be whether Strong wants that job. With his Texas buyout, the money makes no difference.

Ole Miss’ last hire was an offensive guy from Arkansas State. Anderson would be in that same vein. He’s a former offensive coordinator at Southern Miss and North Carolina under Larry Fedora. He’s coming off two Sun Belt titles and has a 20-4 conference record over three seasons. He should be a name being batted around for Power 5 jobs after this season.

Brown is a former offensive coordinator at Kentucky and Texas Tech. He went 10-3 in 2016 and nearly upset Clemson. Most of that team returns for what should be another strong 2017 campaign. The 37-year-old, not lacking confidence, wants Bama. Brown would be an exciting prospect for the future. Though, this is also a volatile situation to throw a very young head coach into. Brown is more than a decade younger than Anderson.

Hopson is an Ole Miss alum and spent a year there as an assistant. He won two SWAC titles with Alcorn State. He followed that up with a seven-win season at Southern Miss his first year. They upset Kentucky week one. They also should probably have done better against a not very imposing schedule. With a strong year two, Hopson could be a name to watch if Ole Miss has to move down its list.

Rhoads was a popular, likable head coach at Iowa State. He was a bit more likable when he was going to bowl games and springing big upsets during his first four years. In retrospect, he made a mistake not leaving. During the last three seasons, he went 4-23 in the Big 12. Rhoads knows the SEC West, with assistant stints at Auburn and now Arkansas. He’s only 50. If we’re in a world where Ed Orgeron is getting a second act at a bigger job in the SEC, Rhoads should not be inconceivable.