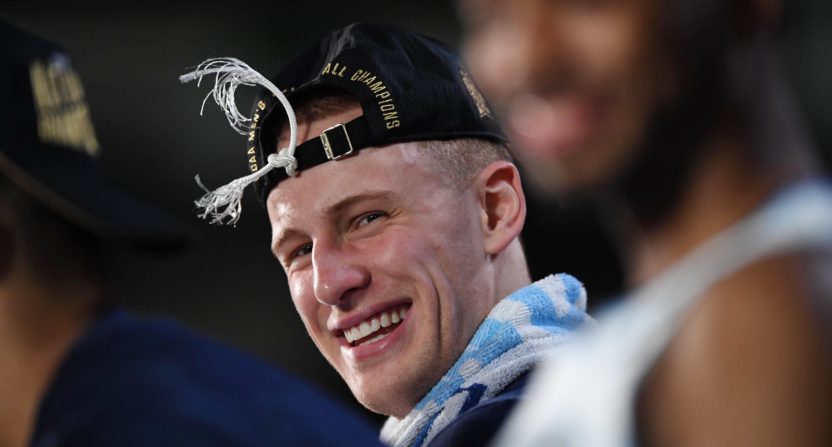 Until ESPN’s Adrian Wojnarowski broke the news back on June 1st, most people really had no idea Michigan head coach John Beilein was in the running for the vacant Detroit Pistons coaching position.

But before we could really dive into imagining how that possible move would impact both the Pistons and Michigan, Beilein withdrew his name from consideration. Now we know that wasn’t a coincidence; according to Beilein, the Woj report hastened his exit, as he wanted to avoid a drawn out, public process, apparently more than he wanted to continue contemplating the move.

Beilein talked to The Athletic’s Brendan Quinn on the series of events that led to his decision to remain at Michigan:

He’s not interested in divulging added information, except to say that the Pistons contacted him soon after firing former coach Stan Van Gundy on May 7. That was four weeks ago. For most of that time, only Beilein’s wife and a few members of the Pistons’ front office knew of the courtship.

Michigan athletic director Warde Manuel knew as well, finding out after he previously approached Beilein with an offseason contract extension, a deal both sides assumed would be done in short order. Beilein hadn’t yet formally agreed to the deal when, out of nowhere, a possible NBA job fell from the sky.

“It was a tremendous offer, but I had to tell him that the Pistons called and, you know, I do want to examine this possibility,” Beilein said. “He said, ‘Go for it.’”

But the Woj report meant his timeline for making a decision was much quicker than the Pistons wanted, which makes sense. Among other factors, in college basketball recruiting is everything; even the perception that Beilein might be going elsewhere could have been enough to persuade some kids to reconsider, had it dragged on.

Once his involvement in the Pistons’ search was made public last Friday by ESPN, thrusting him into an unwanted spotlight, everything changed.

“I didn’t want this be one of these things: ‘Hey, the NBA called me,’” Beilein said, mock-pounding his chest, King Kong-style. “I didn’t want it to be that way. I wanted it to be, ‘Hey, let’s talk, let’s listen. If it’s a good match, great. If it’s not, it’s not.’ But then I hated the drama. I hated the attention on myself.”

But that doesn’t mean he wasn’t strongly considering it, and though it’s a bit cryptic, Beilein did hint that had he just been offered the Pistons job outright, he may have made a different choice:

That warranted the question that left Beilein staring back at me. If the Pistons had offered him the job last Friday, before the public wave, would his decision to withdraw have been different?

This was when Beilein crossed his leg. “Yes, that would’ve been interesting,” he said.

It’s Michigan’s gain, though; Beilein has been to two championship games in the last six years in Ann Arbor.

It’s a fascinating profile, and it’s a great example as to how much media scrutiny plays into the lives of people at the highest levels of sports. Beilein essentially was willing to cut off his involvement in the process to avoid having to deal with the drama. Essentially, you don’t want to wake up to find Woj has written something about you. That’s going to change things pretty quickly.