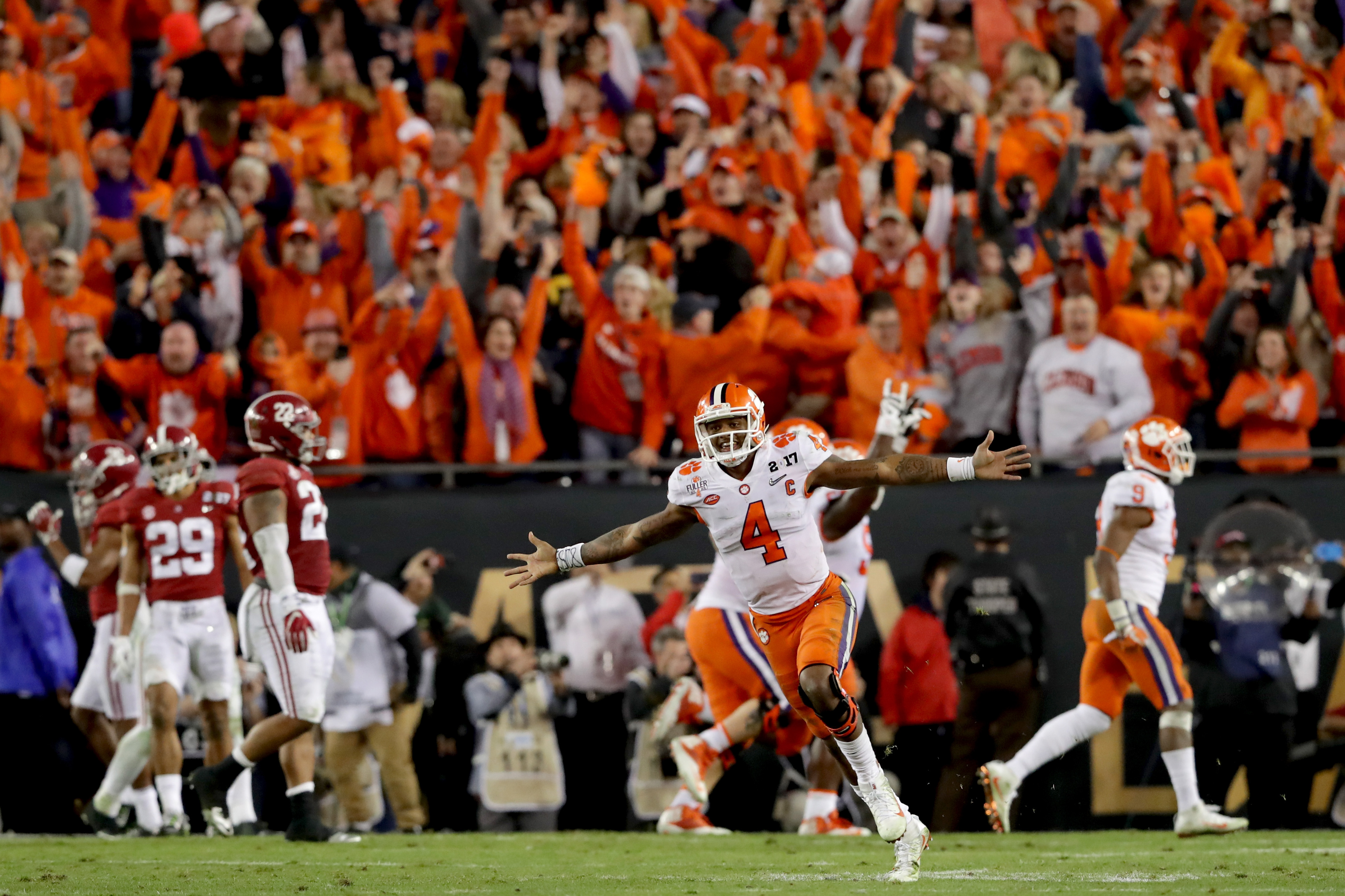 Welcome to ACC Week at The Comeback, where we’ll offer the most thorough conference preview around. But before we can look forward to the 2017 season, we have to look back to the 2016 one. Here’s a recap of last year in the ACC.

ACC 2016 Review: League emerges as the best in the nation

Preseason Expectations: Although both Clemson and Florida State began the season ranked in the top 25 in both the AP and Coaches’ Polls, no one expected much out of the ACC last year. With only three ranked teams (Louisville was the other), some college football experts felt that the ACC was the weakest of the Power 5 conferences. A handful of them went so far as to say that the league might get shutout of the College Football Playoff if Clemson or Florida State were to stumble out of the gate.

Season Recap: The 2016-17 football season silenced these critics permanently, and kept our friends over at Freezing Cold Takes extremely busy. In fact, by the end of the year, the league made a compelling argument that it was the best conference in the land.

But, don’t take my word for it, just look at the numbers. The ACC had the best non-conference record in the nation last year, finishing with a 45-14 mark against non-league foes. That record included victories against Alabama, Ohio State, Penn State, Michigan, and Florida – all of which ended the season ranked in the top 15.

In all, the ACC went 9-3 in bowl games, highlighted by Clemson’s thrilling victory over Alabama to win the national championship. It also had 11 teams finish the regular season with a winning record.

If that doesn’t sound like the deepest conference in the nation, I don’t know what does.

As noted above, Clemson captured the national championship in one of the most memorable championship games in college football history. As was the case all season long, the Tigers came up big in the fourth quarter, scoring 21 points in the final stanza to win its first national title since 1981. Deshaun Watson was absolutely brilliant down the stretch, threading the needle on several throws to keep the drive alive before connecting with Hunter Renfrow for the decisive score.

There’s no reason to think that the Tigers couldn’t do it again this season. Sure, 10 starters – including Watson – depart this fall. However, the defense welcomes back seven starters from a unit that ranked in the top 10 in total defense (eighth), third down conversion percentage (fourth), sacks (third), and tackles for a loss (first). Given that defense wins championships, those numbers are certainly encouraging.

Without question, this contest was the most exciting conference game of the year. Trailing 28-10 at the break, Lamar Jackson rallied the Cardinals to a 36-28 lead with just under eight minutes to play. Not to be outdone, Watson led the Tigers on two late scoring drives to pull ahead, while the Tiger defense stopped James Quick one yard short of a first down to preserve the victory.

This win was huge for Clemson in the national championship picture. After lackluster showings against Auburn and Troy to open the season, many questioned whether the Tigers had what it took to return to the CFP championship game. But, after overcoming five turnovers to defeat a Louisville squad that ranked in the top 15 in both total offense and total defense, Clemson proved to the entire nation that it could beat anyone.

At the conclusion of the regular season, college football experts kept debating whether the SEC or the Big Ten was the best conference in the land.

After bowl season ended, it was clear that the ACC was the toughest conference in the land. The league went 4-1 against the SEC, and 3-1 against the Big Ten. They also went 5-2 against ranked foes, highlighted by Miami’s impressive 31-14 win over No. 16 West Virginia.

Of course, these results shouldn’t really be that surprising. As noted above the ACC had the best overall record in non-conference games, posting a stellar 45-14 mark against non-league foes.

Rather than listen to the “what’s wrong with Clemson?” talk that dominated the blogosphere for most of the season, Swinney kept the Tigers focused on the task at hand. Despite losing Shaq Lawson and Kevin Dodd – who finished 1-2 in the nation in tackles for loss in 2015 – Clemson still had one of the top defenses in the country, ranking tenth in scoring defense, eighth in total defense, third in sacks, and first in tackles for a loss. Since he made an already nasty Tiger D even better, he gets the nod over Bobby Petrino, who has transformed Louisville into a contender in the ACC Atlantic.

It’s hard to argue against the reigning Heisman Trophy winner as the league’s top offensive player. Jackson drove opposing defenses crazy all season long, throwing for 3,543 yards (8.7 yards per attempt) and adding another 1,571 yards on the ground. He also made a number of highlight reel runs throughout the season, including one versus Syracuse where he literally hurdled the defender on the way to the end zone. Expect another big season from him this fall.

Landry was the pass best rusher in the country last year, leading the nation with 16.5 sacks. A playmaker with a nose for the ball, he also recorded 23.5 tackles for a loss, forced seven fumbles, broke up four passes, and picked off a pass in the bowl game against Maryland. He returns to anchor a BC front that ranked seventh nationally against the run and ninth in total defense.

There’s no reason to expect that the ACC won’t pickup exactly where it left off at the end of last season. Sure, a few of the top teams have some major holes to fill on offense. However, there’s plenty of experience returning on defense this fall, as 12 of 14 teams welcome back seven or more starters. Considering that seven of the aforementioned schools ranked in the top 25 in total defense last year, it’s hard not to like their chances again in 2017.

2 thoughts on “ACC 2016 year in review: Clemson wins title, conference emerges as best in the nation”