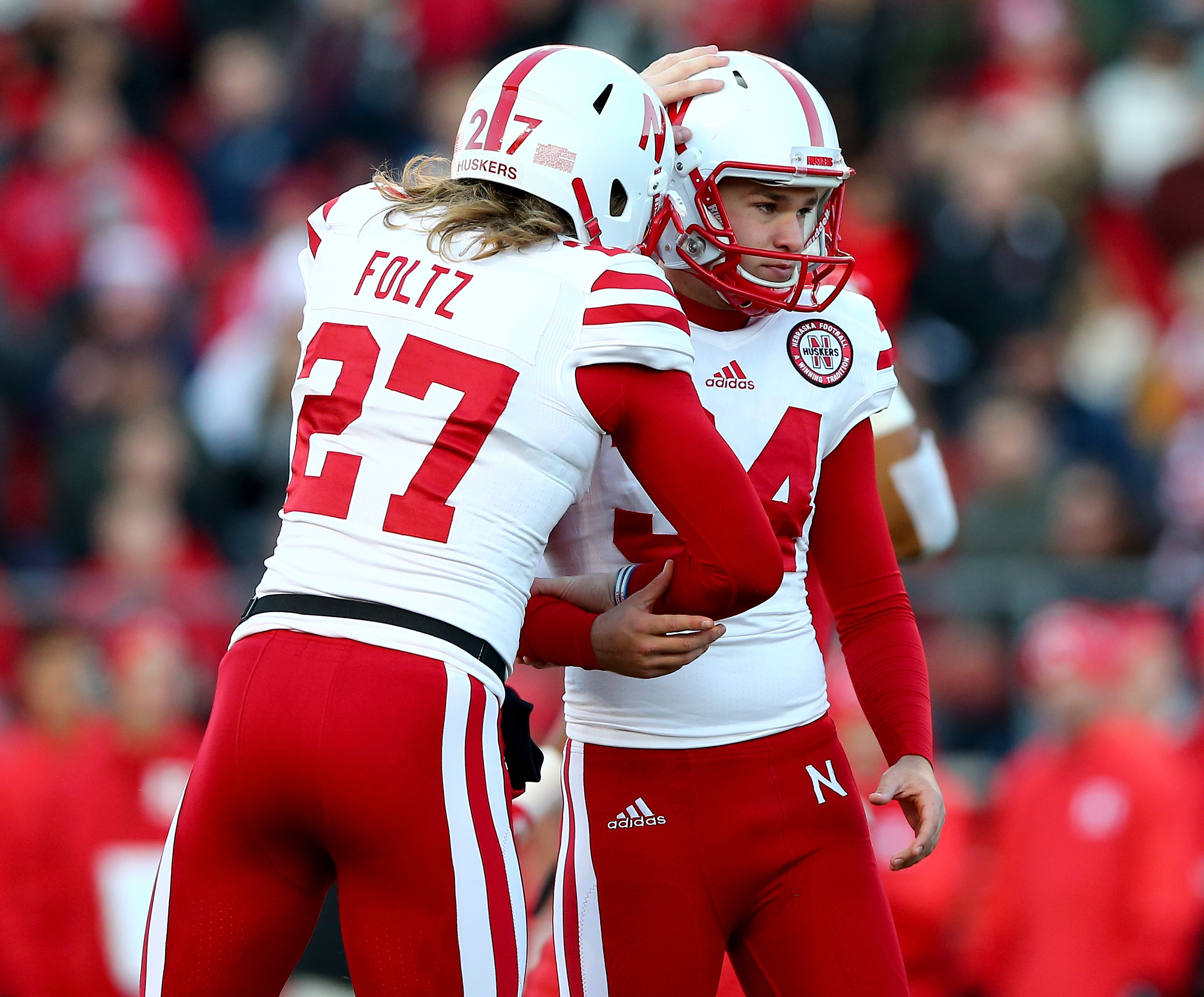 Tragic news rocked the Big Ten on Sunday, with news of an autombile accident claiming the lives of Nebraska punter Sam Foltz and former Michigan State punter Michael Sadler. A third kicker from LSU, Colby Delahoussaye, was also injured in the wreck. The three were helping out with a kicking camp over the weekend in Wisconsin.

The three were traveling in a Mercedes sedan during a heavy storm when the vehicle reportedly lost control on the slick surface and crashed into a tree. The car ignited in flames as a result. Sadler was the driver of the car. He and Foltz, riding in the front seat, were pronounced dead on the scene by authorities, according to The Lincoln Journal-Star. Delahoussaye was riding in the back seat. Early reports indicate the car may have been speeding, but it’s too early to attribute any cause, as an investigation of the accident continues to gather details.

The time we spent with Sam was a blessing. Our team will honor his memory every day moving forward. #RIP27 pic.twitter.com/nbo3P624sE

“Last night, we lost one of the best young men who I have ever had the honor to coach and who has ever worn the Nebraska uniform. Sam was universally loved and respected by everyone he touched and on whom he had a positive influence each and every day. His tragic loss is immeasurable to his family, his friends, his classmates, his teammates and his coaches and our thoughts and prayers are with all of them. The young men in our football program are hurting but I know that their strength of character and resolve will bring us together and we will honor Sam every day moving forward.”

In light of this tragic event, Nebraska has announced it will not be attending the Big Ten football media days this week in Chicago, scheduled to begin Monday. Players, fans and more from the Nebraska community came together outside the football stadium for a vigil.

Sadler was on his way to Stanford to continue his education this fall in Stanford’s law school. Michigan State coach Mark Dantonio took to Twitter to share his condolences as well. Dantonio and other Michigan State representatives are still expected to attend the Big Ten media day event in Chicago.

He gave us all so much in so little time. Our thoughts & prayers are with him & his family. #RIPMikeSadler pic.twitter.com/pVZbkARNi4

Delahoussaye has reportedly been released from the hospital.

[The Lincoln Journal-Star, The Advocate]