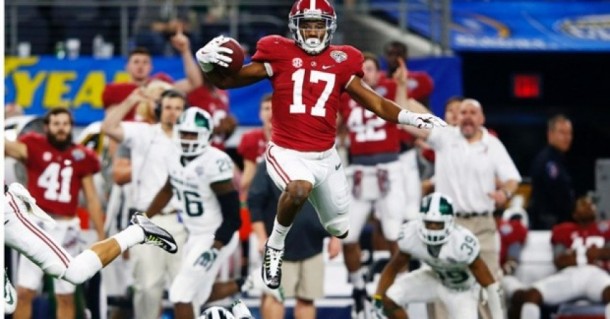 We know what it means to steal a win, but for the Alabama Crimson Tide and the Clemson Tigers, that expression might exist on a much more expansive level.

When these two teams take the field Monday night in Glendale, Arizona, they might very well be engaged in a battle of identity theft.

Yes, Clemson stole momentum in the Orange Bowl against Oklahoma with a fake punt which triggered the celebration seen above. However, the Tigers — generally thought of as a more explosive and high-flying team than the sturdy and suffocating Crimson Tide — stole Alabama’s methodology in the second half of their win over the Sooners.

For much of the regular season, Alabama relied on its defense to build a lead through three quarters. In the fourth quarter, the Tide consistently gave the rock to Derrick Henry, trusting that their big back and their offensive line could wear down a tired defensive line, kept on the field far too long due to the success of Alabama’s defense. This is how Henry accumulated a large portion of the rushing statistics which propelled him to the Heisman Trophy over Clemson’s Deshaun Watson and (in second place) Stanford’s Christian McCaffrey.

Henry generally didn’t dominate games in first halves or even the first 40 minutes, but in the final 15-20 minutes of games, he ran wild. The Mississippi State and Auburn games were just two of many more examples of Henry’s second-half prowess, the product of a simple plan accompanied (and manifested) by a lot of brute strength.

Yet, in the College Football Playoff semifinals, these teams’ paths to victory — at least on the offensive side of the ball — acquired different dimensions. Clemson adopted Alabama’s approach after halftime against Oklahoma. The Tigers fed the ball to running back Wayne Gallman, who powered through Oklahoma’s defense time and again to shift the proceedings in Clemson’s favor. Gallman did in the third quarter of that game what Henry had done in a number of fourth quarters during the regular season.

There was nothing too complicated about Clemson’s line of attack. The Tigers wielded a sledgehammer and dared Oklahoma to do something about it. The Sooners couldn’t. Thanks largely to Gallman, Clemson bludgeoned OU by 20 points, shutting out the Big 12 champions in the second half. 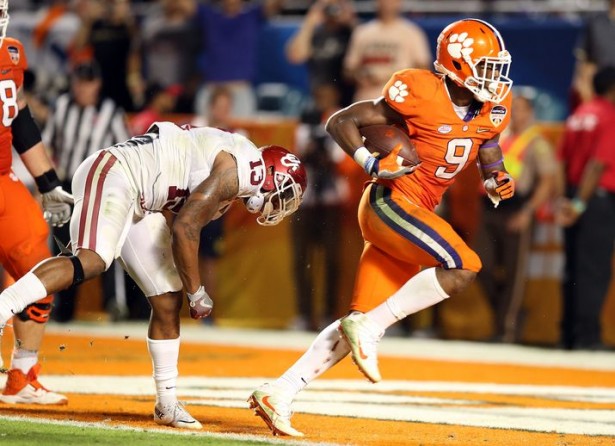 In its semifinal against Michigan State, Alabama didn’t need Henry to amass a 17-0 lead it subsequently built into a 38-0 tsunami. The Heisman winner hadn’t even rushed for 45 yards at that point in time. Offensive coordinator Lane Kiffin saw a matchup advantage against Michigan State’s vulnerable secondary, so he called a lot of passes — mostly horizontal ones in the first 20 minutes, but with more vertical and intermediate shots as the game moved along. Kiffin’s play selection was familiar — he loves to stretch the field horizontally — but the idea of Alabama fundamentally entrusting a game to quarterback Jacob Coker (not to Henry) marked a shift.

It’s almost as though the Tide became Clemson, whose quarterback — Watson — is normally given a disproportionate share of responsibility for the Tigers’ offense.

Clemson and Alabama clearly have their own strengths on offense, but in the semifinals, they swapped identities on that side of the ball. The Tigers and Tide represent a contrast in styles on several levels, but they both demonstrated considerable levels of adaptability in their New Year’s Eve conquests. This is why both teams can steal the other’s thunder in a strictly tactical sense. It’s just one of many reasons why this matchup is so compelling. 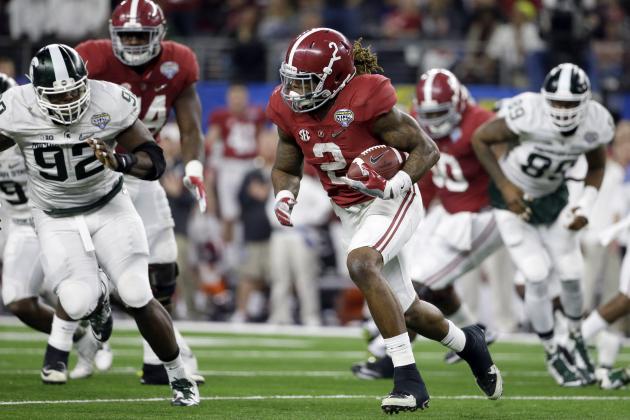 Beyond the tactics, one can more clearly see why these teams are opposites in many ways. Alabama is the team familiar with this kind of stage and spotlight. Nick Saban won three BCS titles in Tuscaloosa, a fourth with LSU. He might be 2-3 in Sugar Bowls (0-3 at Alabama), but he’s unbeaten in national championship games. Clemson coach Dabo Swinney will coach in his first national championship game on Monday.

Alabama is the team which won its playoff semifinal as a huge favorite (10 points in the sportsbooks at kickoff time). Clemson is the team which won its semifinal as an underdog (3.5 to 4 points). Alabama is the second seed, favored by a touchdown. Clemson is the top seed and the only unbeaten team left in college football; yet, the Tigers are a considerable underdog against the Tide.

Even when these teams are found to be similar in a certain sense, a sharper difference emerges. Both Alabama and Clemson come from conferences which generally underachieved this past campaign. The Tide and Tigers are classic examples of teams that are good, independent of what their respective conferences did (and didn’t do) during the 12-game journey which led into the bowl season.

The SEC endured a terrible regular season. The league’s second-best team, Ole Miss, got thumped by Memphis, and the conference’s third-best team, Florida, crashed and burned at the end of its season against Florida State. 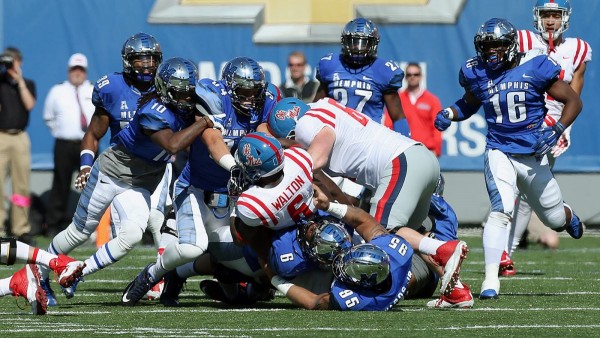 The ACC was no better.

Clemson might have carried the ACC banner with distinction, but Florida State’s loss to Group of Five champion Houston in the Peach Bowl, combined with North Carolina’s ugly loss to a banged-up Baylor side in the Russell Athletic Bowl, took the shine off much of what the ACC accomplished in 2015.

Both the SEC and ACC should be viewed with skepticism, but the SEC’s longstanding (inflated) reputation, combined with an 8-2 bowl record in largely favorable matchups, has reaffirmed the perception gap between the two conferences, even though they stand on similar ground. This is part of why Alabama is a solid favorite in Vegas, even though Clemson is the higher seed with a better record and overall resume.

Will Alabama justify the hype which attends the Tide at every turn?

Will Clemson — legitimately able to play the “no one expects us to win” card one more time — confound conventional wisdom again?

These teams’ identities are easy to see… and yet, they could both win this game in ways which cut against those same profiles.

A thunderstorm rolled through Phoenix on Thursday, part of an abnormally rainy week in the Valley of the Sun. Monday night, Clemson and Alabama might not need to steal the other’s thunder, but if Plan A is thwarted, both the Tigers and Tide have shown a capacity to win with by following an alternate route.