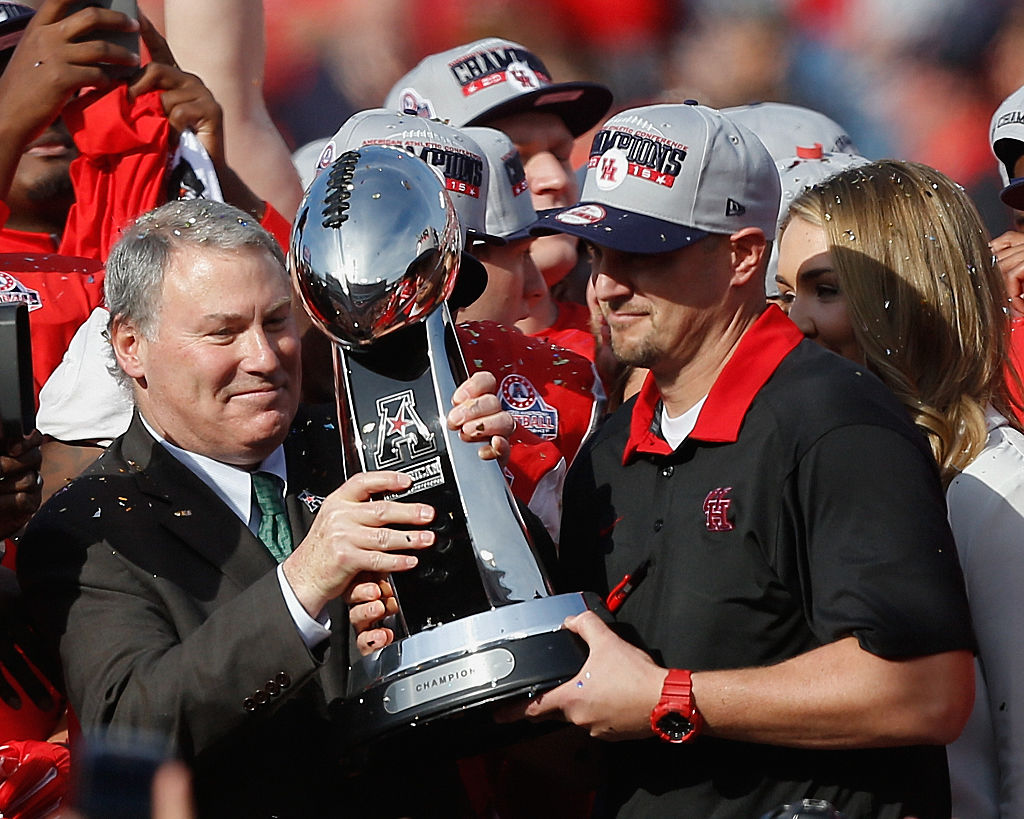 The American Athletic Conference’s very existence was under severe threat just a few months ago, with it looking likely that the Big 12 would expand and gobble up a few of the big names in the AAC.

Instead, the Big 12 said no to expansion and the AAC was left intact for now. That also meant AAC Commissioner Mike Aresco could plot a future course for his conference – one that included a lot more money for its teams.

All of the schools in the conference each got about $3 million as an equal share of the revenue.

However, with the likes of Houston, Memphis, Cincinnati, UConn, and the Florida duo of Central Florida and South Florida composing its membership, the league becomes a very attractive option for the future.

That is what Aresco is banking on, or at least hoping to bank on in the very near future.

“We’ll regroup quickly. We know we have a chance to really do something special with our teams,” Aresco told reporters at Liberty Bowl Memorial Stadium on Saturday, before Tulsa’s 59-30 win over the Tigers. “A big TV deal in a few years is really going to be a big aspect of our future.”

Aresco isn’t against doing a deal to re-up with ESPN, but with the uncertainty of membership gone, he also feels that the deal needs to be beneficial for the conference. It certainly needs to make economic sense.

“In terms of ESPN, I’d love to do something with them. But I don’t know that they’re going to necessarily be ready to do anything. We’re going to talk to them. I hope that they look at us as an investment that can really, really pay dividends. Because it will, and has already.”

However, what may be most telling is Aresco’s willingness to think outside of the typical college sports box of today.

Right now, it is conventional TV deals with the likes of ESPN or Fox Sports, which also includes partnering with one to create your own network.

Aresco appears plenty willing to break that mold, and may be eyeing up a revolutionary idea of shopping his conference product to a non-traditional platform like Netflix, Amazon, or other providers of digital content that can deliver the content in multiple ways.

If the money is right and the trend of cord-cutting continues, Aresco may be in position to become a pioneer in the next expansion of college football — the digital TV medium.

While the likes of the ACC, Big Ten, Big 12, and SEC hold steady to traditional means of getting their product out the people, it may actually be the American Athletic Conference that gives us the biggest clue as to the future of the consumption of college sports by fans.