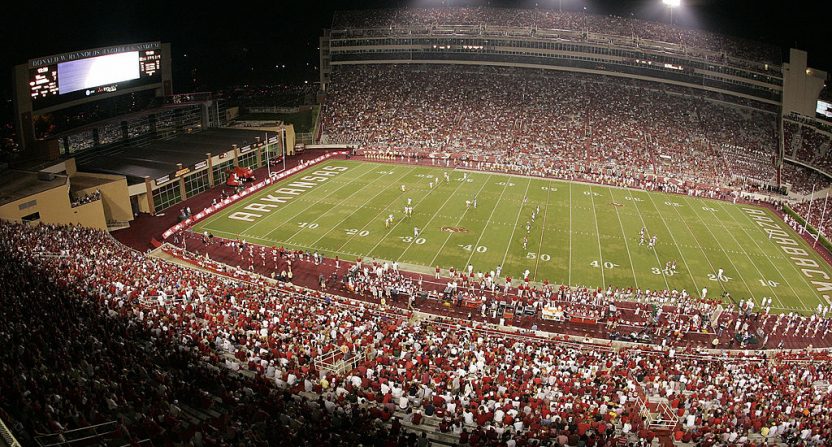 One week after Arkansas Governor Asa Hutchinson signed a bill into state law that people could carry concealed weapons into public buildings as well as college campuses, Arkansas House members amended the law so that will keep firearms away from collegiate sporting events.

While this won’t repeal the law outright, this does at least keep firearms away from locations which have more than 70k people at a time, many of them drinking and watching a sport that many in SEC country view as a religion and show that game after game. Yeah, no wonder why it would be a bad idea to have guns in a facility like that.

The SEC also thought it was a bad idea and challenged the state to amend the law or else the top football conference in the country to revoke Arkansas’ membership. After noticing the realization that such a move would result in millions of lost revenue for the state and the school, the state changed the law.