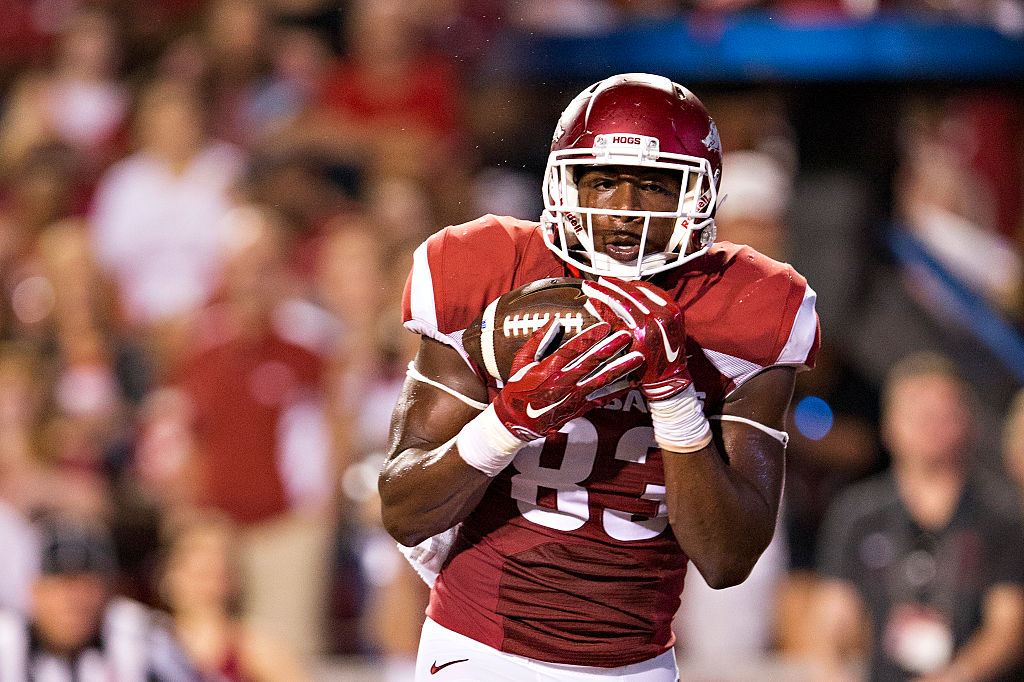 Arkansas has suspended tight end Jeremy Sprinkle for Thursday’s Belk Bowl after the senior attempted to shoplift from a Belk store. The announcement came just a few hours before the Razorbacks were set to kickoff against Virginia Tech.

Sprinkle was accused of shoplifting at a Belk location in a Charlotte mall where he was there for a pre-bowl team activity. Each player on both teams was given a $450 Belk gift card and 90 minutes to spend it on anything in the store.

Sprinkle allegedly went over his $450 allotment and attempted to take those additional items from the store anyway.

Arkansas head coach Bret Bielema said the team has known about Sprinkle’s suspension for the last few days, despite the last-minute official announcement.

“Jeremy’s suspension has been known by our staff and players for several days so we’ve had a chance to prepare our game plan accordingly,” coach Bret Bielema said in the release. “Throughout his career and this season as a graduate student-athlete, Jeremy has displayed numerous times the qualities we want to represent our program. We have standards within our family that must be upheld on a daily basis and unfortunately he failed to do that in the last week. Jeremy’s suspension isn’t drug, alcohol or violence related but one that will cause him to miss his final game as a Razorback.”

Sprinkle had a relatively quiet season for the Razorbacks in his first year as a starter, hauling in 33 balls and four touchdowns while battling an ankle injury through much of the year. However, before this incident, Mel Kiper Jr. still ranked him as his No. 7 tight end heading into April’s NFL Draft.

As far as bowl game Twitter accounts go, the Belk Bowl has historically had one of the best and most topical, but so far they’ve stayed away from the story. Though that hasn’t stopped the rest of college football media types from chiming in.

Stealing from Belk at the Belk Bowl? https://t.co/1jzU02EuSO

If I don't see a BENCHED FOR BILKING BELK headline in the next hour, fire all the newspapers into the sun

.@belkbowl why didn't you tell me about the free Belk