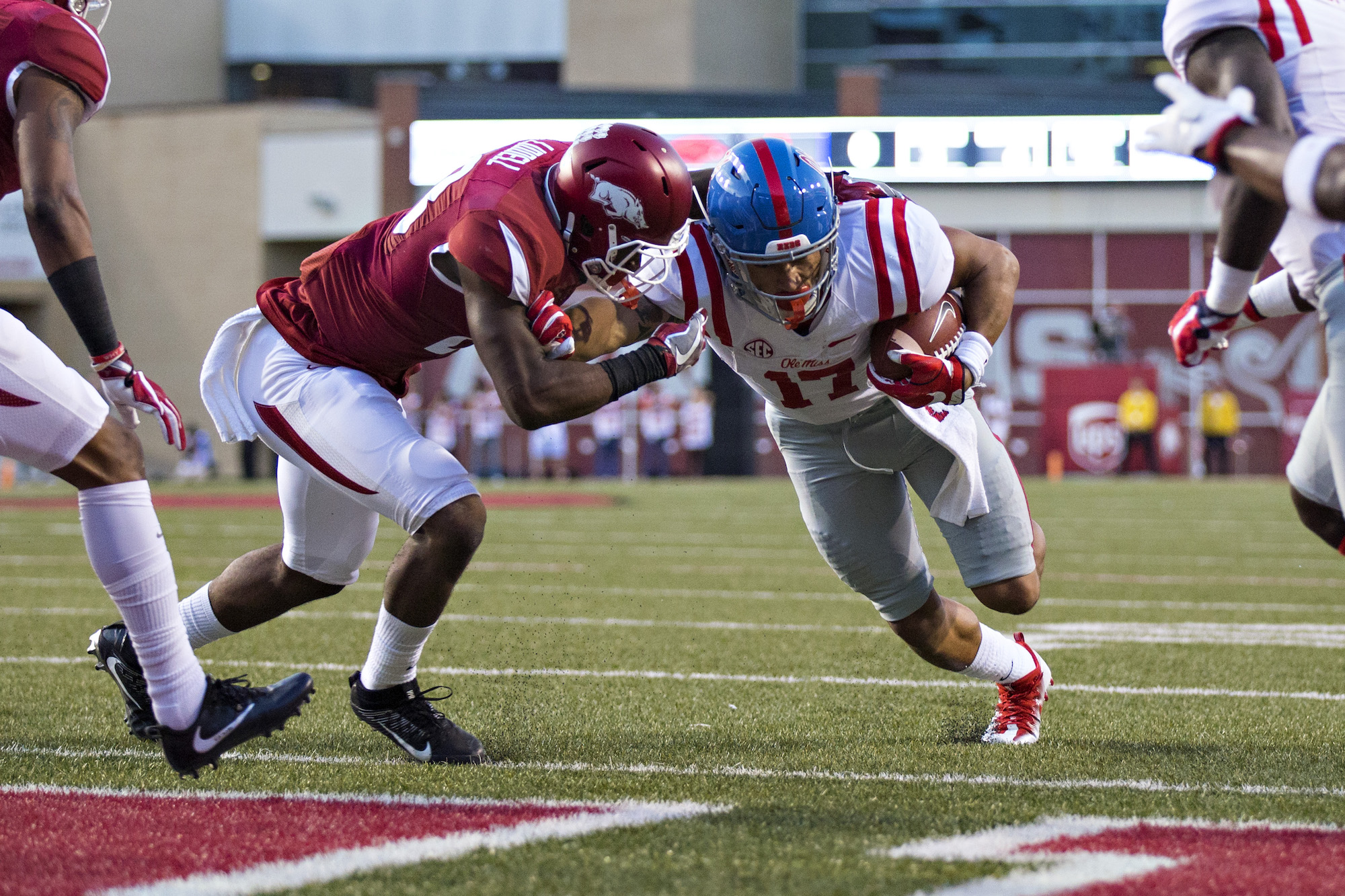 You can probably call it “the battle for third best in the SEC West,” or you could just say, “Arkansas vs. Ole Miss,” but the Hogs (5-2) snared a much-needed 34-30 win while sending Ole Miss into the abyss of mediocrity, at least for 2016.

In what was one of the more entertaining games of 2015, the Hogs won 53-52 over what was then a top 20 Ole Miss team, jump starting themselves out of their own struggles while hitting the Rebels back a bit.

This year, it was a second half defensive philosophy and ruggedly aggressive offensive play calling by the Hogs that got it done. In a way, every year, Arkansas takes on more and more of Bret Bielema’s bombastic, bravado-drenched personality even though his coaching style offensively is a lot more Rush Limbaugh than it is Gary Johnson.

Going into the half, it was 20-20. Arkansas had possessed the ball twice as long as the Rebels, but had only 6 fewer yards and 0 more points, obviously. Ole Miss was slaughtering them with their fast-paced no-huddle offense, one that snagged them a 90-yard touchdown drive in under 50 seconds to tie the game and strangle the momentum.

Defensive coordinator Robb Smith shouldn’t mothball whatever speech he gave, because right out of the gate, the difference was noticeable.

The Rebels were smothered but converted a 3rd and 10 on their opening drive, but the Hogs then picked off the next deep Chad Kelly throw on a brilliant one-handed grab by Henre’ Toliver.

After that, the clamps were (metaphorically) put on. The Rebels would get only 10 points in the second half, and the Hog defense would get the stops when it had to, including on the final meaningful play of the game, a Kelly fumble. The reason was, on that fast-paced offense Ole Miss was slaying them with in the first half, the Hogs decided to make them earn their yards.

Gone were the easy deep throws. If Ole Miss was going to win, they were going to use that no-huddle to grind down the field methodically the way few teams have the patience to do, especially when you’re just going hot knife through butter the first half.

And then, Arkansas got some more aggressive on offense. Down only three with plenty of time to kick it away and get a stop, the Hogs opted to go for it on 4th and 3 near midfield late in the game. The gamble paid off, and the rest is history, resulting in the ultra tough Austin Allen handing the ball off to Jared Cornelius for the game-winning score.

While this was a game of ranked teams, it isn’t likely to tilt the balance of anyone’s college football season such that it relates to the playoffs or really, anyone other than Arkansas or Ole Miss fans. We are at where we’re going to be in December, with two good football teams that are somewhere less than Alabama, which is all that matters right now.

Still, you can’t help but once again feel like this is a springboard win for the Hogs at the expense of Ole Miss. Last year, it helped the Hogs over .500. They’d finish out winning three of their last four.

This year, they go to Auburn and then have home games with Florida and LSU before ending on the road with struggling Missouri and Mississippi State.

The Hogs are taking on the personality of their confidence-infused coach. Eventually, that will lead to big things.