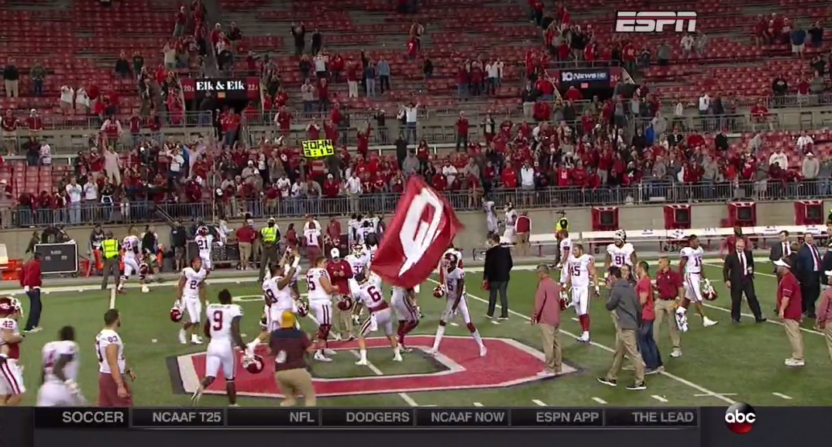 There are three rules in life that everyone should know.

First, never help a stoner move into a new home.

And third, never build a statue of someone who is still alive.

The hard lessons learned from disrespecting that third rule never seem to take, no matter how many times we’re shown that so long as a person is still alive they have countless opportunities to disappoint you and besmirch their own good name. That’s especially true in these current days where so many “good guys” are being outed as creeps, charlatans, and pieces of downright human garbage.

While we don’t tend to create statues for people in most fields, sports remains one area where we are more than happy to build idols to our idols, long before their full stories have been written. Within that, college sports takes the cake when it comes to statue-building, not only for players and coaches who have performed well in the past but even for players and coaches who are still taking the field right now. And as we’ve learned from Joe Paterno and sycophantic Penn State fans, once they’re up, removing those statues even under the most obvious of conditions can be a tall task.

All of which is to say that as soon as Oklahoma Sooners quarterback Baker Mayfield wins the Heisman Trophy next week, the university will commence building a bronze sculpture of the man for Heisman Park. There he’ll join statues of former Oklahoma QBs such as Jason White and Sam Bradford. Chances are, there’s no harm that will come from having these statues stand for all time to come, but just consider what we’ve said above to be a told-you-so warning if and when that changes.

So if they are going to build a statue for Mayfield, the next question becomes “what does the statue look like?” Should it show Mayfield in the middle of a touchdown pass? Should it show him scrambling as he tries to evade police? Should it be him holding high his OU helmet in victory? Or, as he is most likely to be remembered, should it have him planting the Oklahoma flag in the middle of Ohio State’s field?

A petition on Change.org is currently collecting signatures for that very pose has already collected over 4,500 signatures and keeps growing. While not binding in any way, it’s a reminder that while OSU fans might have been offended by the taunt, it has become a calling card of Mayfield’s and a signal of how he’ll be perceived and remembered, for better or worse.

Just to drive that point home further, the counter-petition to ensure that the statue does not commemorate that cocky moment has a whopping 15 signatures.

We’re still waiting for someone to propose that the statue shows Baker grabbing his crotch. Let’s face it, if we’re trying to commemorate the guy how he’ll be remembered, that’s going to last a whole lot longer than all those touchdowns.