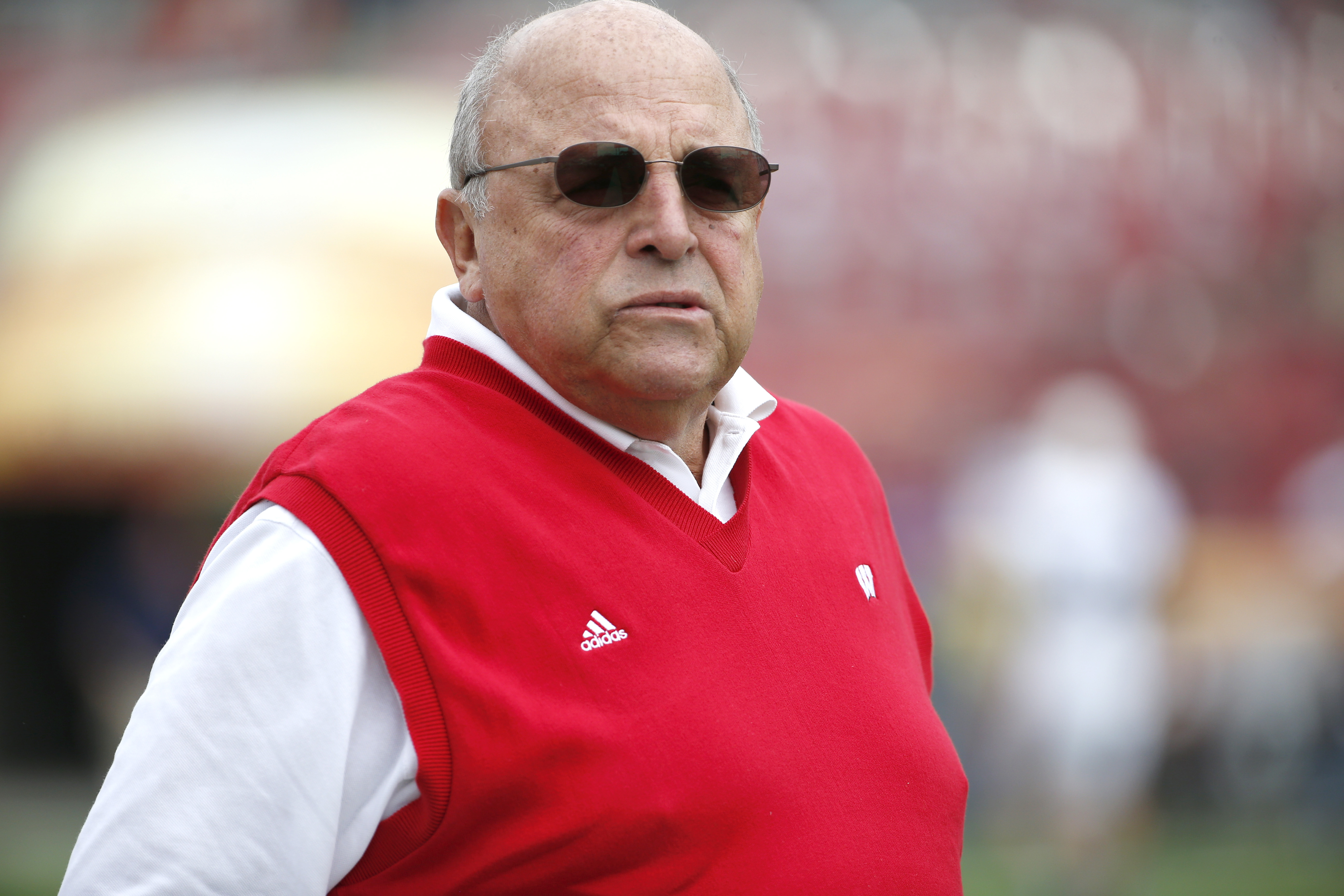 The Wisconsin football team is in an incredibly tough stretch of its schedule, and Badgers athletics director Barry Alvarez isn’t happy with it.

Alvarez told CBS Sports recently that he isn’t happy with the fact Wisconsin’s inter-division draws were Michigan, Michigan St. and Ohio St. The former Badger football coach told CBS Sports that he wants the Big Ten to change its scheduling format so schools aren’t given these three schools in the same year again.

“I remember when that schedule came out (in 2013) and I thought, ‘How the hell did you kick out something looking like that?” Alvarez told CBSSports.com. “I think you could take a look at the general strength of some programs and split them up. Michigan, Ohio State and Michigan State have been good for a long time. Penn State Nittany Lions normally is in that group. Just make sure someone doesn’t get all three year in a year. That’s hard to do. That’s something the ADs are going to have to talk about some day.”

This stretch of games wasn’t a surprise to Wisconsin as it headed into this season. This year’s Big Ten schedule was released in 2013. What makes matters worse for the Badgers is the fact they opened the season with a then-top five LSU team. Wisconsin then had to go through MSU, UM, and OSU, followed by games against Big Ten West contenders Iowa and Nebraska.

Big Ten commissioner Jim Delaney feels for Alvarez, but this schedule is mostly the product of Delaney’s scheduling initiatives. He was one of the catalysts behind the move from an eight-game to nine-game conference schedule.

“If I was an AD, I would probably be saying the same thing (as Alvarez),” Delany said. “If I was a football coach, I know I would.”

The Big Ten has its conference schedule set through 2019. So if Alvarez wants change, he will have to wait a few years.

Though the Badgers did get a slightly unbalanced draw this year, that’s offset by easier draws in other seasons, when he wasn’t complaining about his division rivals being forced to play the tougher teams.

So it’s hard to feel too bad for Wisconsin. After all, they get to play in the Big Ten West, so there are years where they avoid the powerhouse programs of the East. Teams fighting for bowl eligibility, like Indiana, would probably kill for a Big Ten West schedule, which includes the likes of Illinois, Northwestern, and Purdue.

Plus, Wisconsin passed the first part of this tough test by running over Michigan St.

I wonder how vocal Alvarez will be if the Badgers manage to get out of this stretch with zero or one loss and have a bunch of quality wins on their resume.