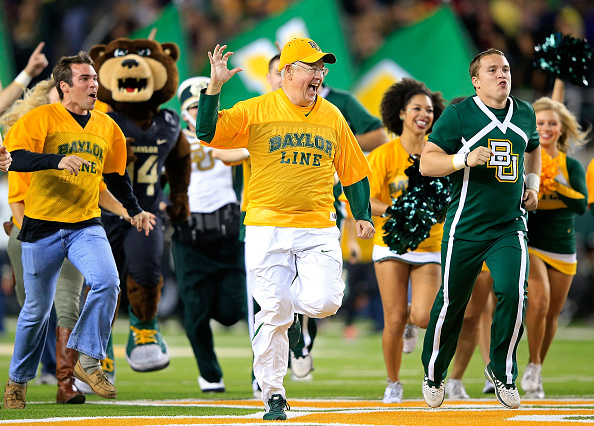 According to Scout.com, Starr was fired on Tuesday after three dozen members of the Baylor board blamed the former president for poor leadership throughout the ongoing scandal involving the football program and the rape and assault allegations against five players.

Two of the players, Tevin Elliot and Sam Ukwuachu, have already been convicted of raping Baylor students, HornsDigest.com has reported.

What’s odd about this situation, is the board is blaming Starr and not football head coach Art Briles. Last week, FOX Sports reported a large group of college coaches had started to call out Baylor for failing to answer questions about the sexual assault allegations. The report was published after a massive Outside the Lines segment on the allegations.

“I’d seen other girls go through it, and nothing ever happened to the football players,” a woman told ESPN’s Outside the Lines. “It’s mind-boggling to see it continue to happen. I can’t understand why. I think as long as they’re catching footballs and scoring touchdowns, the school won’t do anything.”

However, it appears that Starr may not be leaving the University entirely. Sources told Scout.com its possible the former president of the school could be reassigned to a new role at the Baylor law school. Starr is an attorney and a former judge.

Whether or not Starr stays, it’s important to note the University is blaming him for the allegations and not the team’s head coach, Briles. At least six female students have reported they were raped or assault by football players from 2009 up until Apri 3, 2016.

Board chairman Richard Willis led the decision to fire Starr. The board also commissioned the Pepper Hamilton law firm to review how the University handled the rape and assault allegations.

The board and law firm are still reviewing all the details, but for now Briles is still the head coach. However, it isn’t known if he will remain head coach if the law firm and board discover he played a bigger role than has been previously reported.

Baylor Athletic Director Ian McCaw has not be removed from his position either. His fate could be decided in a similar way to Briles if the investigation by the board and law firm discovers anything not already known about McCaw and his possible involvement.

For now, this is a major step in the right director for Baylor. With the NCAA and other colleges breathing down their necks, the board had to do something to show they are taking the allegations lightly and don’t want anybody who knew or played a role in them to remain at the University.