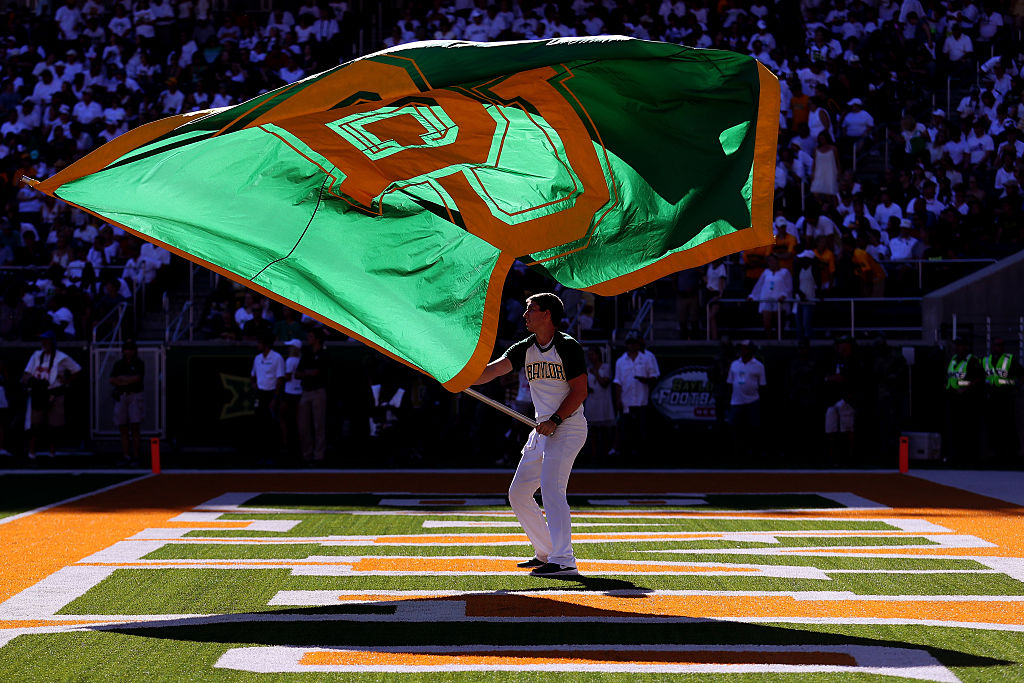 Patty Crawford, the former Title IX coordinator at Baylor, alleged that “hundreds” of women came to her with claims of sexual assault during her less than two years on the job.

ARMEN KETEYIAN: You were hired in November of 2014. How many women came into your office during that two year period and alleged some form of sexual assault or sexual violence that were students at Baylor.

Crawford also alleged that Baylor had no programs in place for dealing with sexual assault prior to her hiring.

ARMEN KETEYIAN: There were no specific policies in place at all?

PATTY CRAWFORD: Absolutely not, and it took nine months for me to get my policy passed.

She also had issues gaining access to police reports that victims claimed were filed.

I was told by many– women and complainants that I worked with, that they had filed police reports, whether it was with Baylor Police, Waco Police, but I was having a very hard time getting access to those reports, even though these cases have been closed.

Crawford also insinuated a “lack of institutional control” at Baylor, which is what doomed Penn State during the Jerry Sandusky child rape scandal.

ARMEN KETEYIAN:  Was it institutional failure right up to the– the highest levels at Baylor?

PATTY CRAWFORD: Absolutely. There were a lot of people like me at the university that did not want these things happening and were fighting for it but they didn’t have the power or the authority and they were not heard. That is institutional.  What drives a culture? It’s the top. And that was the hardest thing for me to come to grips with, was after all of this the discrimination became so clear even against me.

During the investigation, Baylor SVP of operations Reagan Ramsowner admitted the school was “late to Title IX” while also admitting to not having knowledge of any of the alleged incidents. Crawford accused Ramsowner of telling her that the alleged victims were dealing with mental illnesses and their allegations were not based in fact.

Hours before the 60 Minute Sports report aired on Showtime, the school published a new website titled “The Truth.” According to Baylor’s interim president David Garland, the site’s purpose is to provide greater transparency “wherever possible about the sexual assault crisis.”

Since 2011, 17 female students at Baylor have reported sexual or domestic assault charges against 19 football players.  Four of these reports involved alleged gang rape. The allegations led to the demotion of school president Ken Starr and the firing of football coach Art Briles.

In his message on “The Truth,” Garland emphasized that Pepper Hamilton never created a written report of its investigation. In other words, Garland wants the media to stop asking for the release of the complete report, because there is no complete report.

However, Garland is still holding the university accountable for the scandal.

“I think the leadership, ultimately, is the one to be held accountable,” he said in the 60 Minutes Sports report. “I don’t know of any other university that took this case head on and removed the president, the athletic director, and an extremely successful and popular football coach. That’s how seriously we took what happened here at Baylor.

“And I want to apologize to these victims. I am so sorry that we did not treat them right. And we are not going to let this happen again.”

The Truth has six sections, including Garland’s message. One of those tabs includes a breakdown of Baylor’s expenditures toward its Title IX office and services for sexual assault victims.

Crawford resigned in October, saying the school stood in her way of protecting students to protect the institution’s brand instead. Baylor wanted her to sign a nondisclosure agreement.

PATTY CRAWFORD They wanted me to sign a nondisclosure agreement.  And no one ever resigns without signing one. And– and I said, “If I sign a nondisclosure agreement, that’s silencing (SIGH) the issues that I’m concerned about. And I would not be silenced. And I didn’t have a price.  I would never change that decision. If I could go back I would do the same thing again.