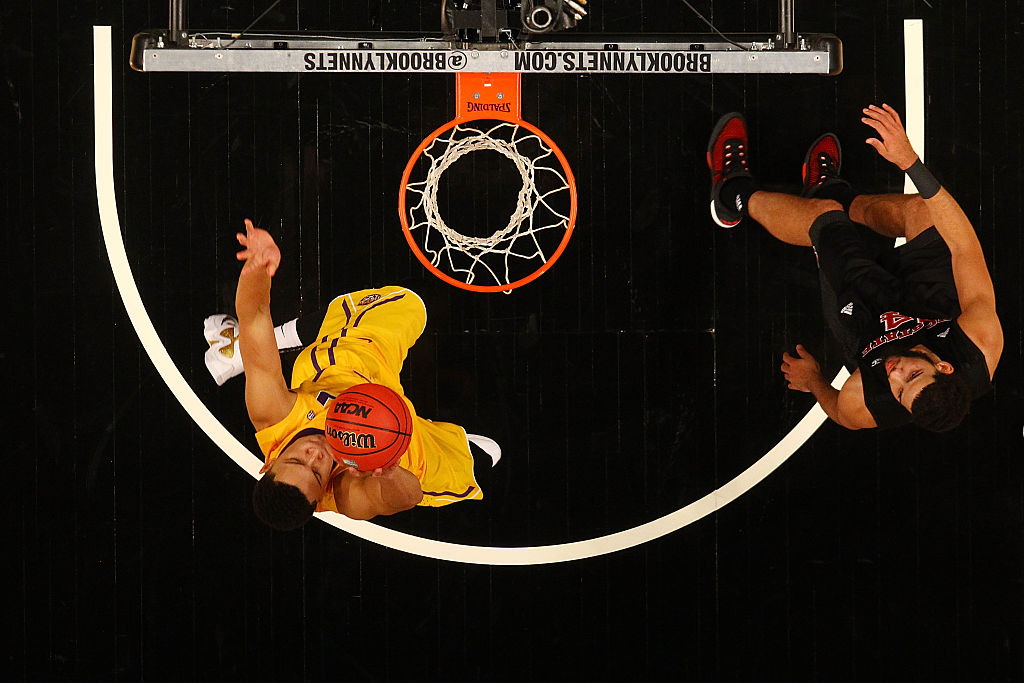 Ben Simmons was awarded the title of the second coming before logging any minutes of college basketball. He was anointed as the top pick in the 2016 NBA Draft before completing his first dribble at LSU. Simmons is this year’s “it guy” for the top freshman in the country…and he has done nothing at all to disappoint. In fact, he has built up his legend.

Simmons is doing things that have not even been approached in college basketball for a few decades. The stat lines he accumulates on a nightly basis, as incredible as they are, don’t even tell the whole story.

Simmons has the size of Kevin Durant, the smooth passing skills of Magic Johnson, and the ability to hit the board with athleticism of Ralph Sampson. Simmons, similar to Johnson, has the ability to play every position on the floor and not lose a step.

Through nine games in his college career, Simmons is more than just a star on paper, but the raw numbers are imposing enough in their own right: His line is 19.9 points, 14.9 rebounds, 6 assists, 2.4 steals, 1.6 blocks, and three ESPN highlights per night. Beyond those numbers and data points, however, Simmons has the look of a generational talent that was ready for the NBA two years ago.

There are a couple of knocks on Simmons, believe it or not. Last week, with the game on the line against Marquette in the final seconds, Simmons unselfishly passed to a teammate, and the Tigers lost. Willing to share and finding the open teammate is all well and good, but you need THAT guy to have a killer instinct. Simmons got drilled by critics (albeit in a much softer tone) the way LeBron James was early in his career. Passing was seen as unacceptable, in many cases a sign of an unwillingness to take the big shot.

Simmons put a lot of these notions to rest, however, when he took over against North Florida on Wednesday night when LSU needed him the most. LSU’s poor start is well documented, so Simmons showed with the 43/14/7/5 steals/3 blocks line in a 119-108 comeback win that he is ready to take the lead. The line allowed Simmons to be the only player in the last 20 seasons to achieve those numbers in a single contest.

Another knock on Simmons is that, while he has the Durant frame, he is nowhere near as good a spot-up shooter as the former Texas Longhorn star. However, his pure ability to get to the rim easily overshadows this. Either way, Simmons entered the North Florida game hitting just 1-of-12 shots outside of five feet. He improved on that mark, but he has room in which to grow.

Even with these knocks, Simmons is set to be one of the all-time greatest one-and-done players at the college level since the ‘one year out of high school’ rule was enacted.

Put on your seatbelts, because if Wednesday is a sign of things to come, it will include even more offensive opportunities for Simmons. Triple-doubles anchored by 35- or 40-point explosions could break both the hype machine and Twitter.

Simmons has a ceiling that is as high as Durant or even James, but only as low as Blake Griffin. The determination of this depends on if he can improve his jump shot (the way Magic Johnson eventually learned to do) and put on muscle weight. Either way, this kid is bound for greatness. Now it is just time to sit back and enjoy. It is only a matter of time until Simmons is the top pick, wearing that hat of the top-tanking NBA squad.

Does this mean the Philadelphia 76ers and New Orleans Pelicans will try to win fewer than 10 games this season?

The bigger question might be: Would it be foolish for those franchises to do anything else?