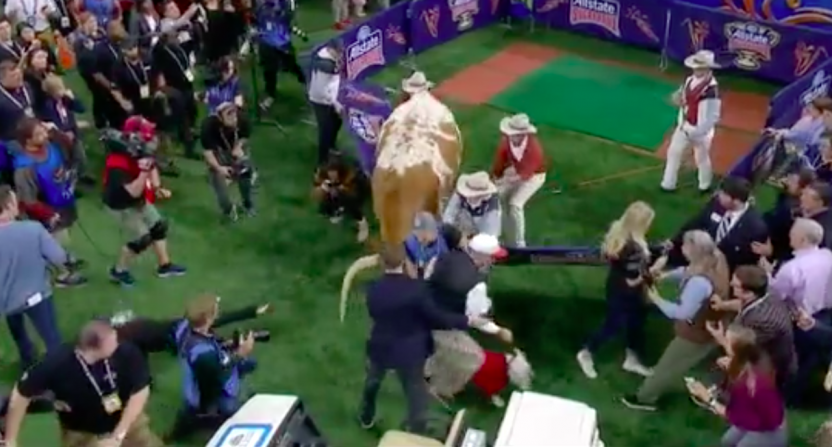 Texas may or may not be back, but their mascot certainly reminded everyone that he never left.

Before the Sugar Bowl showdown between the Texas Longhorns and Georgia Bulldogs, the people who handle the mascots for both teams decided to try putting together a photo op. It made sense on paper. You’ve got two live mascots, Bevo the longhorn steer and Uga the bulldog. It’s the kind of fluffy photo op that people eat up and would make a great lasting image of this battle between two college football blue bloods.

Here’s the thing, though. Bevo, as we mentioned, is a longhorn steer. And while he might make nice with the people who take care of him, steers don’t necessarily have too much patience for other animals getting up in their space. Uga, his handlers, and the photographers gathered in between them were all reminded of that when Bevo tried to make “Hook’em Horns” very literal.

Bevo is not here for this mascot meeting. #HookEm pic.twitter.com/KXgaQzGm0W

What you see if what happens when Bevo decides to break out of his pen because his territory is encroached upon. Thankfully, it looks like cooler heads (and horns) prevailed. However, upon closer inspection, we find out just how close we came to disaster. There were so many people who were lucky to get out of there unscathed it’s hard to keep count. But we’ll try.

First, the PR Lady who skedaddled at the first sign of trouble. 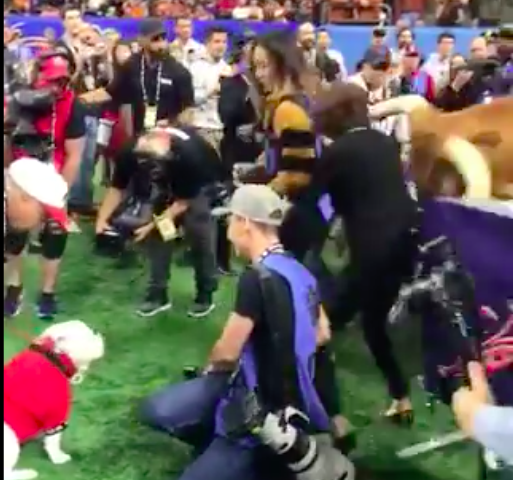 Then there was the female photographer whose head was basically about to gored until she moved down (and still caught a little bit of Bevo’s horn). 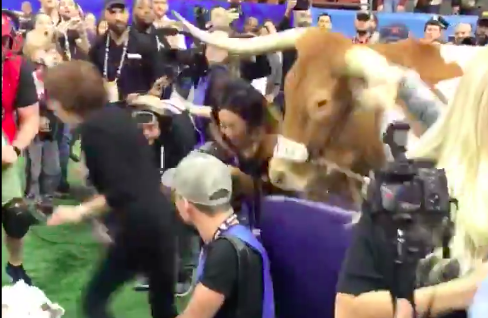 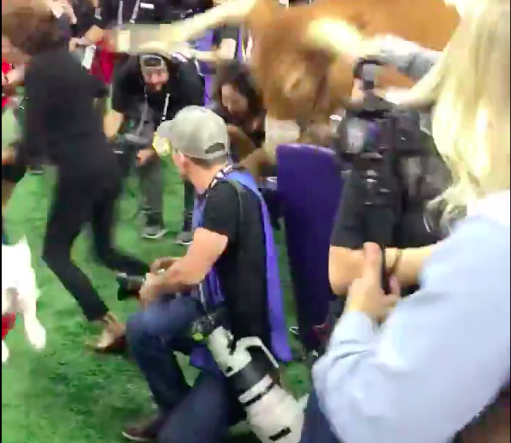 Uga, who didn’t need a handler to tell him to GTFO. And Bevo’s handler, who wisely followed his bulldog’s lead. 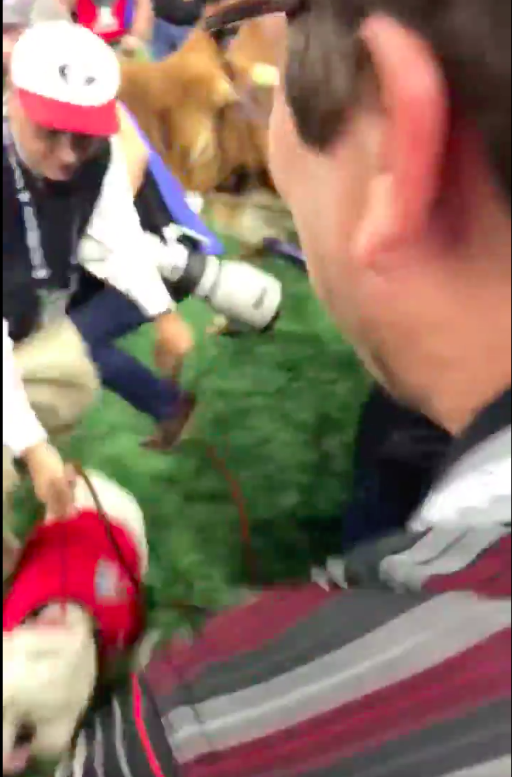 Thankfully, Bevo only saw this as a territorial dispute and was satisfied once the bulldog scurried off. Because, if you notice, he was completely on his own, the rope used to hold on to him dangling from his side. Had he wanted to, he could have turned the Sugar Bowl into his very own nightmare factory of vengeance. 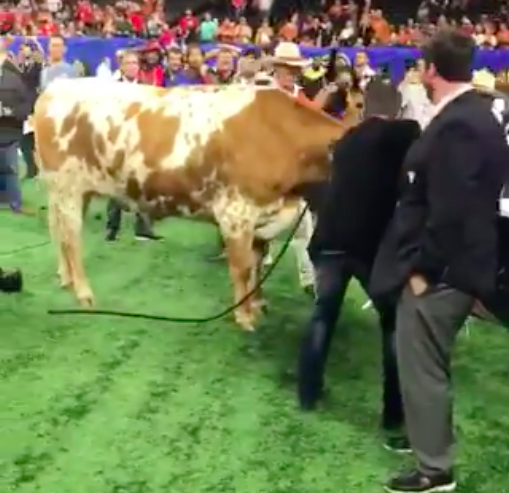 Thank you for not murdering anyone, Bevo. You have reminded us that it is healthy to fear you and your horns. We shall continue to do so until you see fit to remind us again, possibly the next time Texas plays FSU and that horse gets a little too close for comfort.