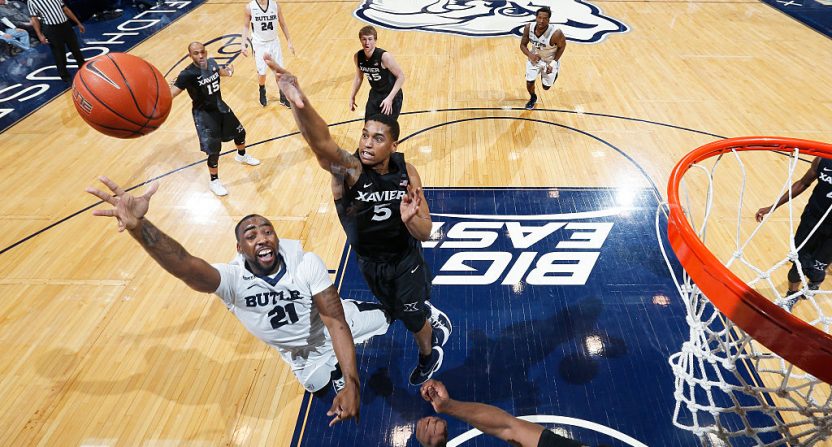 When the then-“Catholic 7” departed the old Big East conference in 2013 to form a new one more aligned with its initial ideals (top-tier basketball), there seemed to be a pecking order already in place.

Georgetown, long a stalwart of the old league along with archrival (and departing) Syracuse, was a top-10 team that previous season. Marquette wasn’t an original Big East team, but under (former coach) Buzz Williams, the Golden Eagles had established themselves as a perennial contender. Both teams had gone 14-4 in the final season of the old, 16-team Big East.

The Hoyas were the lone holdout late in the process of jumping ship back in 2012. Georgetown President John DeGioia, long a powerbroker in the Big East, had struggled with the idea of leaving the league while the other six schools – DePaul, Marquette, Providence, St. John’s, Seton Hall and Villanova – had a foot out the door.

Once Georgetown signed on, however, they continued their leadership role off the court. DGioia was handed the gig and was quick to speak on behalf of the league (with member buy-in, largely). The early days of the new conference seemed to indicate a repetition of the old conference’s pecking order. Georgetown way up top, then everyone else below.

The on-the-court results haven’t reflected as much, though. Since the league officially launched with 10 members for 2013-14, it’s looked far different than imagined.

Providence, Villanova and Seton Hall have won the first three championships, while newcomers Xavier and Creighton have also appeared in the title game. The Hoyas have finished as high as second, but as low as eighth in the conference standings. This season, they’re currently in ninth at 5-9.

The current standings, and recent results, reflect a far different pecking order than what was planned. That may be all right.

Since the start of the 2013-14 season, Villanova is 123-15, claiming the program’s second national championship this past April. Butler and Creighton are also ranked in the most recent AP Poll. Fellow newcomer Xavier would be ranked if not for injuries derailing a once-promising campaign.

The mid-section and bottom of the standings are populated by the long-time Big East programs. None have a record above .500 in league play. That seems concerning for a small conference based on a few bigger names. But this is how the old Big East developed as well.

When the conference got going, it was seven former eastern independents with proximity to large metropolitan areas and some spurts of success in the years prior. None were true brand names in the college basketball world, even if Syracuse, Georgetown and UConn would eventually become some of the sport’s titans.

They needed the early parity – five different teams appeared in the championship game in the first four years – to establish a brand. They needed a dominant team (in this case, Georgetown) to deliver that brand to the rest of the country.

The current iteration is taking shape similarly. It may be very top-heavy (Villanova stands well above everyone else), but the rotating cast of teams directly underneath them only helps strengthen what this league can be going forward. Rather than being defined by the teams that left, it can be defined by the eventual powers it helps develop and nurture.

‘Nova and Jay Wright have established themselves as one of the country’s best teams. St. John’s is improving under Chris Mullin. Seton Hall is resurgent. Xavier, Butler and Creighton have all adjusted well to life in a better league – gradually shedding the underdog mantras that once defined them all as mid-majors.

But there are some outliers to the good vibes this Big East gives off. Despite the Wildcats becoming a more visible program on a national scale, Georgetown has always been a large portion of the Big East’s meal ticket. The recent mediocrity isn’t necessarily sustainable for the long-term health of the conference. There’s also the question of what exactly DePaul is doing, which should puzzle any and all onlookers despite the Blue Demons having a losing record for 10 straight seasons now.

The Big East is different and sustainable and maybe better (as an overall product) than it was intended. But it could always improve and provide a legitimate counter-balance to Villanova’s strength (a la Syracuse to Georgetown in the 1980s). This is where the recent UConn rumors could help.

Conference realignment probably hurt UConn more than any other athletic program, but the Huskies are still very relevant just a few years removed from their most recent (of four) men’s basketball national title.

A long-term stay in the American Athletic Conference could ultimately damage them – annual home-and-homes with East Carolina, Tulane and yes, even Cincinnati, are a far cry from playing Georgetown, Syracuse and Villanova every year in terms of fan interest. But reuniting with rivals in the current Big East could be an extremely smart play for both parties.

The Big East gets an easy excuse to expand to a 20-game schedule (while not diluting its brand at all), and potentially increase the value of its media contract with Fox Sports.

Connecticut can return its focus back to basketball, its historic rivalries and the general Northeast area of the country for recruiting. The Big East can immediately insert another brand name to help remind everyone of the old league’s cache as a hoops product. And they get a counter-balance to Villanova’s current dominance to keep things interesting.

With or without UConn, the conference has settled nicely into its new reality, even if the results aren’t exactly as intended. Villanova looks like the strongest contender to repeat as national champs since Florida in 2006 and 2007. And the league could very well earn five or so bids in the NCAA Tournament.

2 thoughts on “The Big East didn’t turn out as planned, but that might be better”