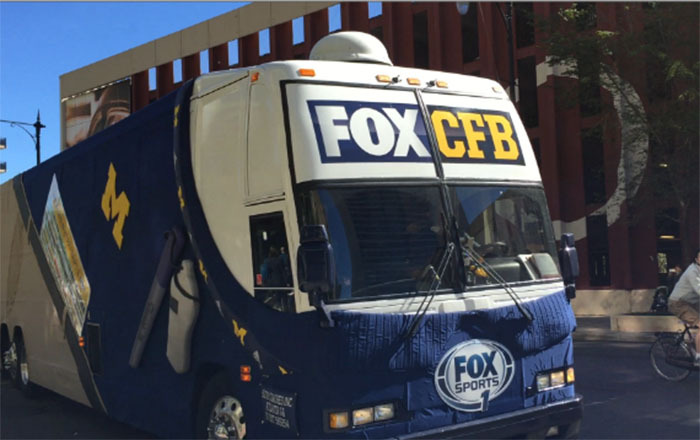 Wednesday was full of college football programming announcements from ESPN and FOX and their partner conferences. This will be the first year the Big Ten will be carried on FOX, and it is already drawing some praise and criticism as the new schedule has been mapped out for the upcoming college football season.

It is no secret one of the big reasons why FOX has invested so much in picking up broadcast rights to Big Ten games is to be able to carry the annual Ohio State-Michigan game at the end of the regular season. The game’s rivalry and history and star-studded sidelines of Urban Meyer vs. Jim Harbaugh is too much to pass on when given the opportunity to grab it. This is why it is likely FOX took the game with their first pick in the draft of games between FOX and ESPN in the scheduling process.

But the biggest game on the Big Ten calendar this fall may be played in late October when the Buckeyes host Penn State in a game that could very well carry monumental stakes in the Big Ten championship picture as well as, potentially, the College Football Playoff picture.

It is a game that has all the ingredients for a home run when it comes to a prime time game. Ohio State is widely expected to be an excellent playoff candidate this season with Urban Meyer as head coach, a stacked roster of top-tier talent across the board and could already have a win against Big 12 favorite and fellow playoff contender Oklahoma on their résumé. There is also the revenge storyline to feed off of as Ohio State will look to avenge their lone regular season loss from a season ago against the Nittany Lions in Happy Valley. The game was flipped in Penn State’s favor in stunning fashion.

Penn State went on an improbable run to the Big Ten championship game, thanks in large part to that wild primetime sequence of events last fall. The Nittany Lions are also expected to be very good in 2017 with an offense that caught fire late last season and returns star running back Saquon Barkley, who just so happened to have himself quite a big night the last time Penn State visited Columbus.

If Penn State can avoid getting tripped up in the first two months of the season (they get home games vs. Pitt and Michigan, the two teams that defeated them in the regular season last fall, and must play at Iowa and Northwestern), then it becomes a realistic possibility we could be looking at a showdown of two top five teams. That should make Ohio State vs. Penn State an automatic for a primetime game.

Instead, the Big Ten’s leading candidate for most important game of the year will be shoved into the middle of the afternoon with a 3:30 p.m. ET kickoff that goes up against Florida vs. Georgia on CBS, Notre Dame vs. N.C. State on NBC and whatever other games round out the daily schedule on ABC, ESPN, ESPN 2 and so on. That’s because FOX will be airing Game Four of the World Series later that evening, meaning no room for college football on FOX that night. That’s just fine for FOX as they get a huge mega-matchup to lead into their coverage of the Fall Classic, but that has to sting for the Big Ten. 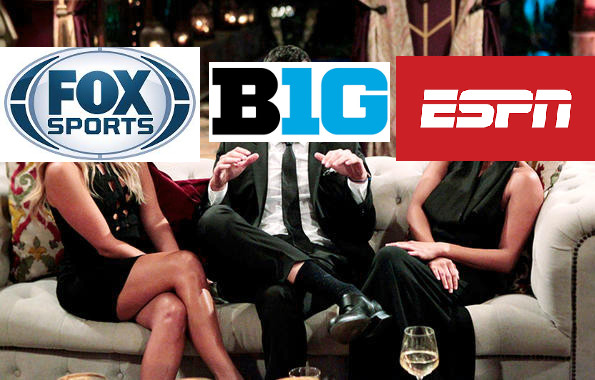 The Big Ten had been enjoying quite the spotlight courtesy of their partnership with ESPN for years, getting plenty of exposure across the Disney-owned family of networks including ABC, ESPN and ESPN2 (and ESPNews and ESPNU when needed). But the Big Ten got a little greedy and made room at the bargaining table for FOX, their partners with the Big Ten Network, and cashed in on quite the wide-ranging media rights deal this past year.

At first glance, it appears to be a big win for the Big Ten by being able to showcase its conference on a network looking to grow and has the resources to be a major player in college football coverage with the right leadership behind it, while also getting to feed off the steady hand of ESPN. It seems like the best of both worlds for the Big Ten, with few setbacks. But taking a back seat to the World Series in October is one of those mild short-term obstacles.

The Big Ten had to know this was going to be a possibility and was willing to accept that, even if the scenario will be a rare one for the conference, which it likely will. Keep in mind that the Big Ten knew FOX already had rights to broadcast the World Series and other postseason baseball in addition to Big 12 and Pac-12 games. The Big Ten was entering a moderately crowded partner for national broadcasts and was bound to be taking a backseat at times. But that is what makes the partnership with ESPN the parachute for the Big Ten.

This season, the Big Ten is still packing plenty of national exposure. To date, 14 games have been slated for a national TV audience on either FOX, ABC or ESPN, with a handful more selected for either ESPN 2 or FOX Sports 1. That’s not a bad start to the programming schedule for the Big Ten.

On the first full Saturday of the season, the Big Ten will be participating in two nationally televised tripleheaders with a noon and 3:30 pm game on ABC and a primetime game on FOX. The following Saturday will have a tripleheader of Big Ten teams on ABC. In the month of September alone, you will be able to watch a Big Ten team in a nationally televised primetime game on seven occasions, and that’s not counting Big Ten Network programming yet.

The Big Ten’s new partnership with FOX and ESPN has its pros and cons. In this case, the big paydays coming to the Big Ten will counter not having a marquee game serve as an appetizer for the World Series just fine, because the bottom line will always be the bottom line in college sports.