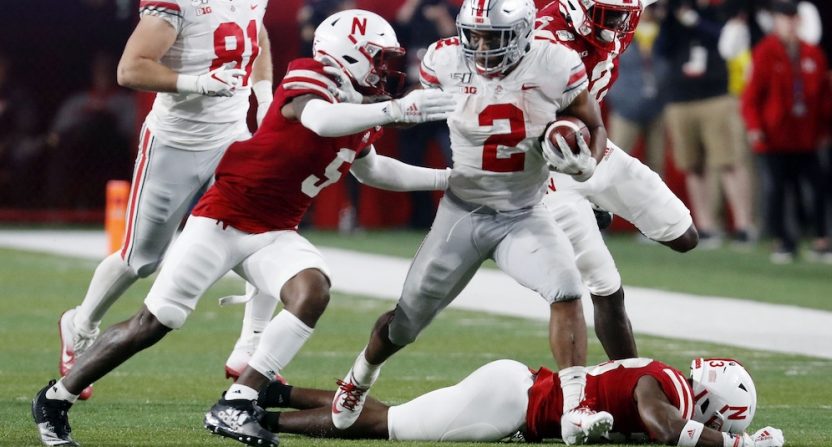 Could the Big Ten play football in the fall, after all?

According to the Milwaukee Journal Sentinel‘s Jeff Potrykus, the conference’s football coaches are meeting to try putting together a revised schedule. One of the proposals would be for a season of at least eight games that would begin the week of Thanksgiving.

@CBSSports can confirm @BigTen is considering a schedule that would start the season Thanksgiving week. Could be pushed back to original January start date. Story broken by @jaypo1961.

The Big Ten is under intense pressure since canceling its fall sports schedule due to COVID-19 concerns, including football, in early August. While the Pac-12 also canceled its football season, other Power 5 conferences including the SEC, Big 12, and ACC intend to play football this fall. Those leagues playing while the Big Ten sits out would be a difficult situation for the conference.

Parents of Big Ten football players have been critical of conference commissioner Kevin Warren, asking him for further explanation on why the season was canceled shortly after a 2020 schedule was announced. One group of parents even protested outside the Big Ten’s headquarters in Rosemont, Illinois. Meanwhile, Ohio State quarterback Justin Fields launched an online petition requesting that the conference reverse its decision.

B1G coaches & ADs are working w/ medical personnel to explore options for playing in fall/winter based on medical parameters regarding transmission rates, testing breakthrus & the #s in those localities/campuses. Decision will be made in the best interest of all 14 institutions.

Additionally, eight Nebraska players filed a lawsuit against the conference this week, contending the postponement interferes with the opportunity for players to market themselves for the NFL Draft, breaches a contract with student-athletes, and showed a lack of transparency regarding the voting process among schools.

Warren has maintained that the decision to postpone the 2020 season was ultimately made by school presidents and chancellors, and was intended to be final. Reportedly, officials were not just concerned about the spread of COVID-19 among football players, coaches, and staffers — as well as the general student population — but also the heart condition myocarditis and the coronavirus’s effect on it. (At least 10 Big Ten players are believed to have the condition, according to reports.)

Sources: A start date around Thanksgiving weekend is among the options the #B1G is discussing for the 2020/21 season, as @jaypo1961 first reported. Early January start still getting the most attention. Several coaches have told me a top priority is not altering fall 2021 season.

Big Ten officials were previously considering a schedule that would begin in January and end in March, with indoor stadiums in regions such as Indianapolis, Minneapolis, and Detroit possibly coming into play. NFL games scheduled around the same time would be an issue, however. Stadiums within the conference footprint, including St. Louis and Syracuse, could be used as well.

Sources: The Big Ten coaches and ADs are discussing multiple start dates for the season – Thanksgiving time, New Year’s Day, mid-January and post SuperBowl. Nothing has been decided or approved by the presidents or TV partners. This is early on in the process.

Purdue coach Jeff Brohm had also proposed a spring season that would begin in late February and end in April, with a postseason extending to mid-May.

Regardless, a fall or winter Big Ten football season would be shorter with the expectation that a full regular season could be played in Fall 2021.

As Feldman said in his tweet, conference coaches and athletic directors are consulting with medical personnel to determine COVID-19 transmission on campus, the number of positive cases, and pending breakthroughs in testing and treatment. Will much have changed from September to November? Will fewer students on campus after Thanksgiving also be a factor?

Wisconsin athletic director Barry Alvarez also indicated to Rittenberg that the best fit for TV networks may also be a consideration in when to play a football season.