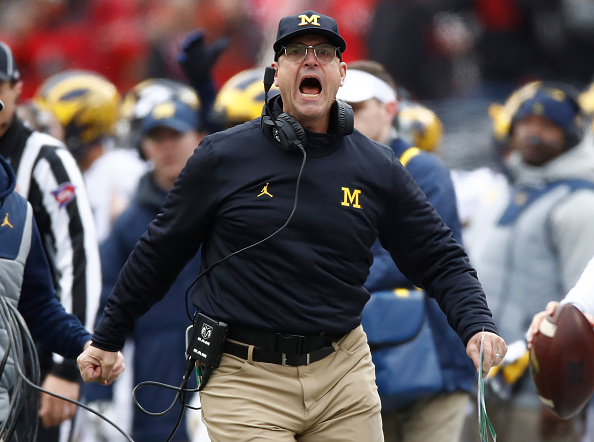 The Big Ten had a banner year during the regular season in 2016, and the conference is looking to repeat that performance heading into this season. Widely viewed as the best conference in the country last year, there are still loaded teams at the top looking to continue the Big Ten’s resurgence.

It is expected to be rare air at the top of the conference again, but what about the middle and perceived bottom of the league? Who will rise up from the unexpected like Penn State did last year? Will any team tank and fall short like the Spartans did in 2016?

Here are teams looking to rise to meet others already in the penthouse of the league, and others that might be taking a step back in what might be the best league in college football once again.

If there’s one thing we’ve learned about the Hawkeyes program through the Kirk Ferentz era, it’s that we simply cannot predict what kind of season will transpire in Iowa City. There have been good teams coming out of seemingly nowhere (2015), and teams with a bushel of key returners flip and flop to the finish line (2016).

So maybe I should just let this one lie, but once again, it’s time to look at 2017’s version of the Iowa Hawkeyes as one that might slide a little. There are reasons to doubt this team’s capabilities, most notably against more athletically gifted squads like those at the top of the Big Ten. There will be a new signal-caller under center and that has spelled doom between the rows of corn more often than not.

And although the line and running back situation appears to be in good shape, there’s no game-breaking threat on the outside to keep defenses honest. Throw in the losses of key defensive stalwarts like CB Desmond King and tackle Jaleel Johnson against a schedule that toughens up in 2017, and improving on a 6-3 finish in the West Division looks daunting at best.

Okay. Yeah, Jim Harbaugh has recruited his tail off. And yeah, Wilton Speight is returning under center. But let’s not forget that the Wolverines return the fewest starters among all FBS schools (five) in 2017. Of those, only one defender returns to a defense that was dominating at times.

Also decimated because of graduation is the receiving corps on offense, with an almost total rebuild there as well — including the tight end with more punchlines than any in history because of his name, Jake Butt. The thought here is that Michigan will be able to plug talented recruits into the fold and be okay.

Unfortunately, okay won’t work in Ann Arbor, and it might be tough for the Wolverines to hang around with Ohio State and Penn State in the division. It could help to look at this year as a decent one for building momentum for Jim Harbaugh’s crew, but it’s unlikely that he’ll have this team flashing high up in the CFP rankings like last year.

The Gophers have steadily built themselves into a respectable football program under Jerry Kill and Tracy Claeys. It’s a culture built on tough defense, and a sound and balanced offensive attack resulting from maximum effort and teamwork.

You have to like the chances of new head coach and energy drink endorser P.J. Fleck getting the program to the next level given time. But it’s unlikely to happen in 2017 because of one key position. Anytime you try to work in a new system, there are growing pains. But when you do so while breaking in a new quarterback, the challenge becomes even greater.

Look for the Gophers to serve a steady dose of the running game as things are brought along. Sadly, that should make it rather easy for opposing defenses to game plan against, and keep the Gophers from hanging with the likes of Wisconsin, Nebraska and Northwestern. A bowl game would be a great achievement for the Fleck era to start off with in Minneapolis.

If the Spartans can shake off some of the negative news over the offseason, there’s no reason to believe that this team won’t rebound a bit in 2017. Head coach Mark Dantonio has put together a collection of athletes and raised the bar in East Lansing. Unfortunately, because of poor quarterback play and a slide on the defensive side of the ball, the momentum that has been perpetually cycling through the program was halted abruptly last year  to the tune of a 3-9 record.

Look for the quarterback position to get settled this year with Brian Lewerke taking the reigns. Then add that to L.J. Scott’s continued development at running back and the seasoning which comes from an extra year on both sides of the ball, and it is not out of the question that the Green and White could find a way to get back to a bowl game this year. Heck, there’s a better than outside shot of ruining the day of a Penn State, Ohio State, or Michigan squad one Saturday in the fall.

I know, I know, we’ve already predicted a bit of a slide for the boat rowing in the Twin Cities this year, but hear me out. P.J. Fleck is one of the brightest rising coaching talents in college football, and his presence will move the ceiling upwards for the Minnesota Golden Gophers.

Fleck’s high energy and rock-star status will begin to take hold on the recruiting trail and bring a level of talent to Minnesota that hasn’t been there in ages. He’s got the brand, he’s got the personality, and he’s got the coaching IQ to begin turning the Golden Gophers program into one to be feared in the very near future.

Just not this year.