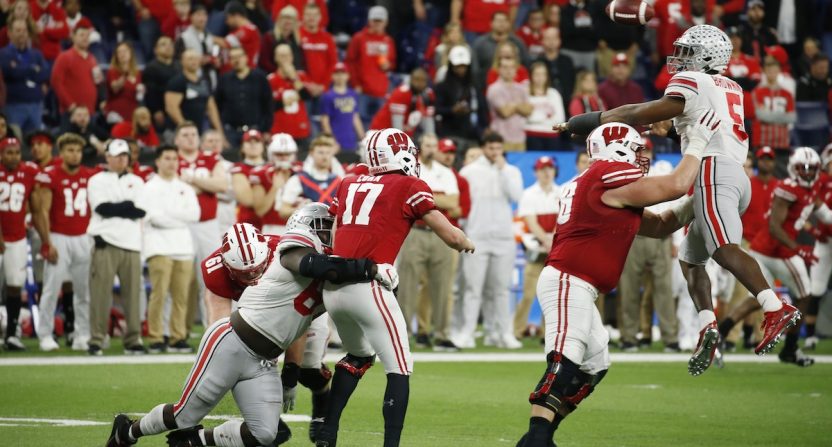 There will be Big Ten college football this fall, after all.

School presidents and presidents reversed their decision from early August and voted unanimously to play a 2020 football season on Wednesday. According to reports, the Big Ten will begin the season on Oct. 24 with a nine-game schedule and presumably a conference championship game.

A date has not yet been announced for a title game, which will have to be played before the College Football Playoff selection announcement on Dec. 20.

The Big Ten’s decision appeared to be a formality after University of Nebraska president Ted Carter was caught on a live mic Tuesday saying that the conference would vote to play later that evening.

Whether the reversal was due to the heavy criticism the conference and commissioner Kevin Warren faced after opting to cancel fall sports, including football, or a change in medical advances — notably daily rapid COVID-19 testing and advanced cardiac screening — that made school officials feel safe about player health, the Big Ten will now join other conferences playing football this fall, including the ACC, Big 12, and SEC.

According to Wisconsin athletic director Barry Alvarez, practices are set to begin Sept. 24, one month before the season is scheduled to kick off.

Players, coaches, and on-field staff will be tested everyday as of Sept. 30. Any player who tests positive won’t be allowed to play in a game until 21 days afterward. Additionally, any team with a positivity rate of at least five percent would be barred from practicing and playing for at least a week.

Several Big Ten teams have paused practices in recent weeks due to COVID-19 outbreaks, including Maryland, Wisconsin, and Penn State. (Though not all positive results came from football players.) Michigan State had a large enough outbreak on campus (342 positive results) for health officials to ask students to self-quarantine.

Big Ten commissioner Kevin Warren: "This is a happy day for us in the Big Ten. We've created an environment and made standard we're comfortable with."

The initial decision by school presidents and chancellors to postpone the football season was based on worries over COVID-19 could spread among football players, coaches, staffers, and the general student population. There was also significant concern on how the coronavirus could affect the heart condition myocarditis, which several Big Ten players reportedly have.

Parents of Big Ten football players were critical of Warren, believing the original decision to cancel the season was made too hastily and without proper explanation. Ohio State quarterback Justin Fields launched an online petition requesting the decision be reversed. And eight Nebraska players filed a lawsuit against the conference, contending the postponement prevented them from marketing themselves for the NFL Draft.

Could the Big Ten’s decision influence the Pac-12, which also opted not to play football this fall? According to commissioner Larry Scott, contact practice not being allowed in California and Oregon prevents that from happening as of yet. In addition, air quality due to wildfires on the West Coast is also a significant safety concern.