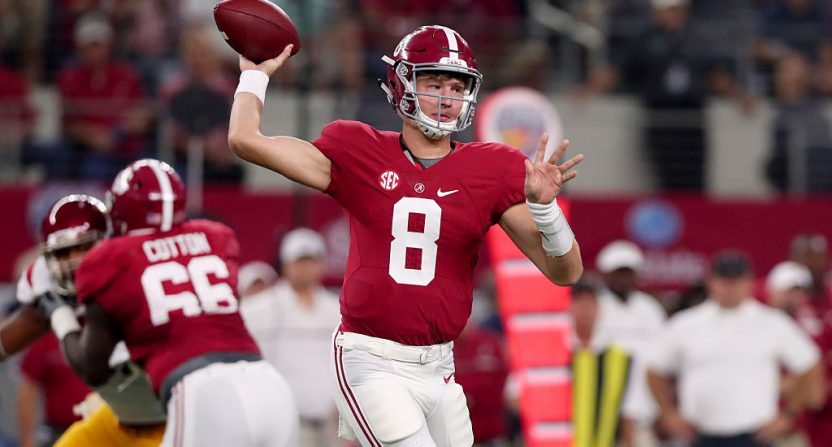 Former Alabama quarterback Blake Barnett, who started the first game of the season, got benched, and then transferred mid-year so he can play immediately at Arizona State this fall, is about to be public enemy No. 1 in the state of Alabama for the heinous crime of … snapping back at Nick Saban.

Barnett started the Crimson Tide’s season opener against USC, but he was pulled after the first two series with Alabama losing 3-0. The Tide then won 52-6. At halftime of that game, Saban told ESPN that he thought Barnett was nervous.

Barnett said that interview by “a certain coach”—and thus, his reputation with the fan base—ended up contributing to his downfall at Alabama.

“A lot of backlash that I received from [the USC game] was that I came out nervous,” Barnett said. “I think you could ask just about every teammate and they’d agree that I wasn’t. But a certain coach went out to the media and said that I was and so I got that negative reputation from it.”

Alabama fans already weren’t happy with Barnett, because he had the gall to transfer when he was moved to the backup spot. This definitely won’t help his reputation there.