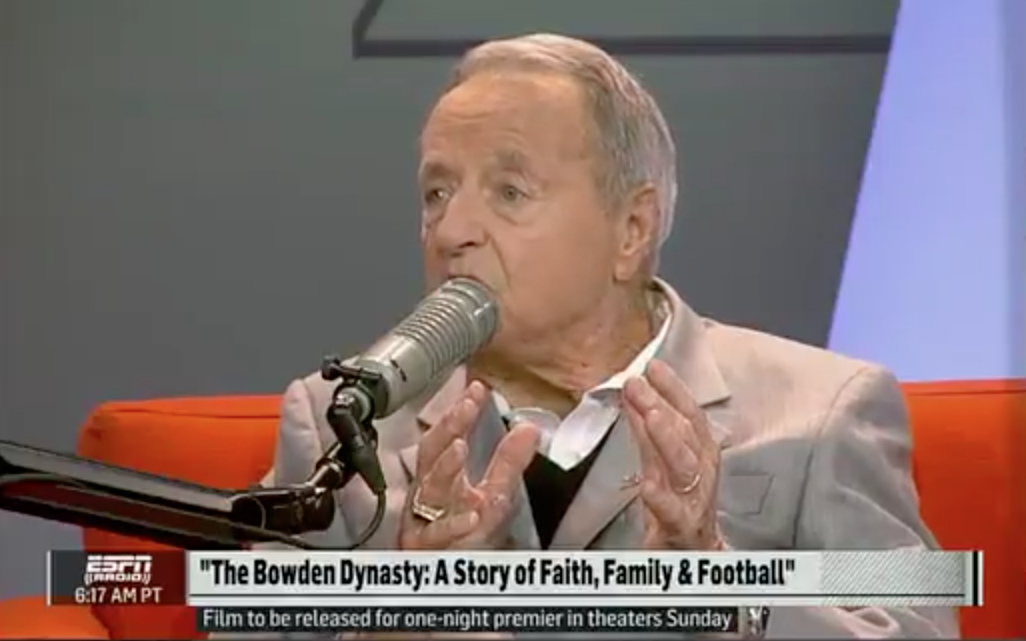 Another week, and another old white male former coach criticizing athletes who were raised without fathers.

Former Florida State coach Bobby Bowden said Wednesday on Mike & Mike that players need a male figure to “discipline them,” and without one they grow up wanting to be like their mothers and “wear earrings.”

Oh boy. Bobby Bowden on players not having dads. "They wanna grow up to be men, like their momma. That's why they wear earrings." pic.twitter.com/iBhUueqEqw

“65 or 70 percent of my boys did not have a daddy at home. They’re raised by mamas, sweet old mamas. Thank God for them mamas. Or grandmamas. Many times it was grandmama or big sister or aunt. But where’s the man? A boy needs a male figure. And the girls do, too. Somebody to discipline them and make them be a man. I used to kid about this, They grew up wanting to be like their mama. [Laughs] They want to be a man like their mama ’cause that’s the way they were raised. That’s why they wear earrings. I’m kidding about that. I have children, too.”

So true, Bobby. How could a man possibly be disciplined and want to wear an earring? Preposterous!

While Bowden added that he was kidding as the show’s co-host Mike Golic tried to change the topic, it sounded like he was only kidding about the earring joke, not the entire thought.

Two weeks ago, former NBA coach George Karl trashed former Nuggets players Carmelo Anthony, Kenyon Martin and J.R. Smith and commented that Anthony and Martin carried the burdens of having “all that money and no father to show them how to act like a man.”

I didn't have a father going up. We all know that. What's George Karl excuse for being a terrible person

In the book, Karl also attacked the NBA for fixing games and insulted bloggers for digging up “spicy” storylines.