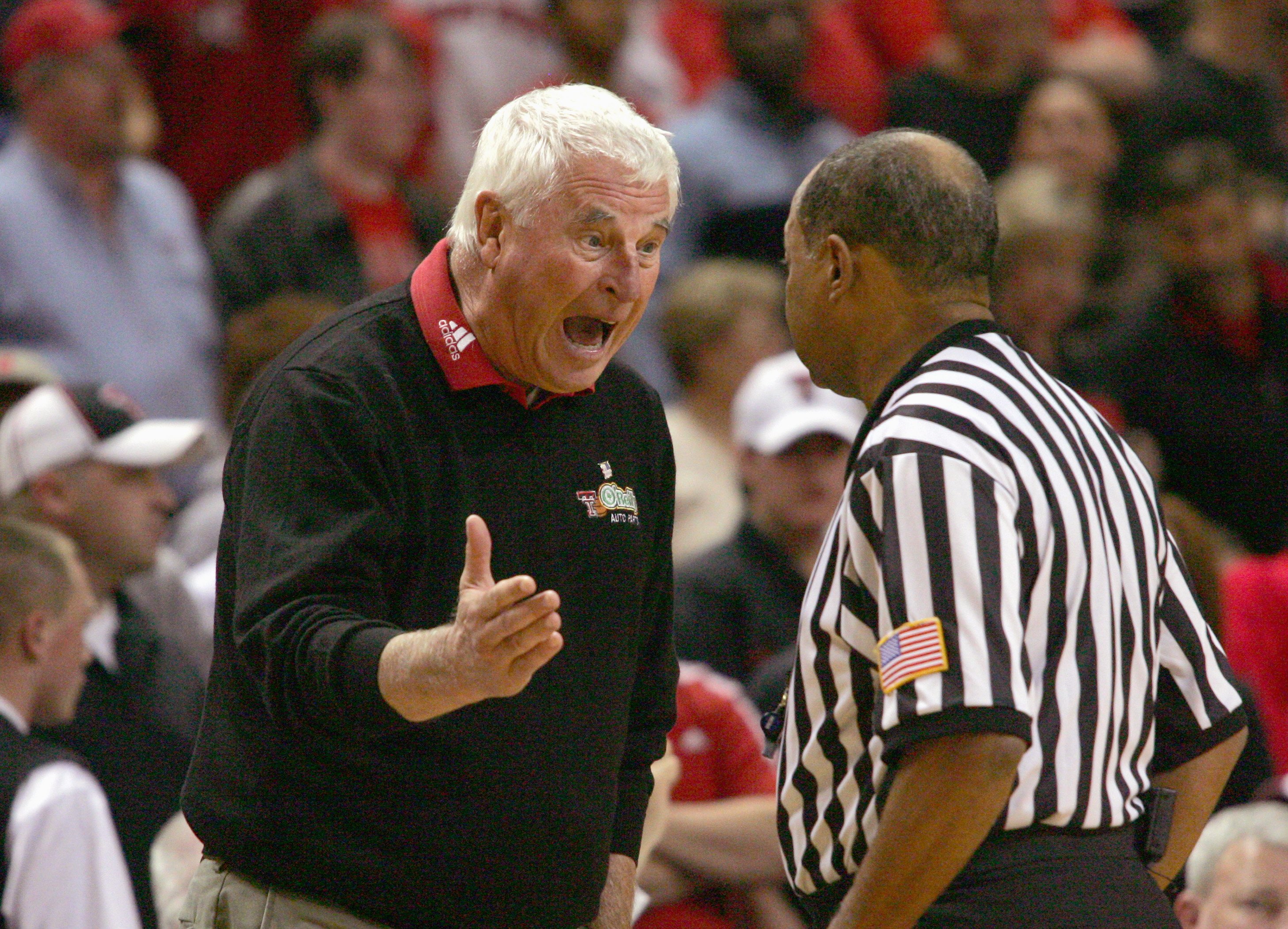 Bobby Knight has become one of the most well-known, sports-related Donald Trump supporters during this election season.

Knight recently appeared on a Philadelphia radio show where he addressed a number of situations, including Trump’s demeanor and the Colin Kaepernick situation.

During the interview, Knight said that he has tried to calm down the Republican presidential nominee. Here’s exactly what the former college basketball coach and ESPN analyst had to say.

“Yeah, but that’s what I’m working on right now. I get a kick out of it. From my mother to people that I’ve known in my lifetime, they’ve tried to settle me down a little bit. Now I’m trying to do the same thing to my man Trump. Because there’s nobody even close to being as prepared for this job as he is.”

Reminder: Knight is the same guy who made Michael Jordan cry during the 1984 Olympics, threw a chair onto the floor during a game, and has made a career out of freaking out over things that didn’t quite deserve it.

Outside of coaching, Knight has gotten into contentious debates during the election season while arguing on behalf of Trump.

Knight went onto say that though he and Trump might freak out sometimes, the Donald is still the man who should become the next President of the United States.

“Sure, he probably talks too much sometimes or he gets too upset sometimes, but so did I,” Knight said. “But what he brings to the table no one else has. Trump is not national, he’s international. He’s known all over the world. He has established businesses all over and he has given jobs to thousands and thousands of people all over the world with these businesses that he has put together.”

To top off this interesting interview, the Philadelphia radio hosts couldn’t help but ask Knight about the Kaepernick situation. Because we really need one more take on this situation. I’m guessing you probably know how Knight thinks about this issue, but here’s what he said.

“Everybody has an opportunity in America,” he said. “I don’t care if guys whine and complain about this or that. You know, no country affords its inhabitants the opportunities that the USA gives to its people. And that kind of thing really bothers me. Were I a coach, an owner or whatever, I wouldn’t tolerate that approach on my team.”