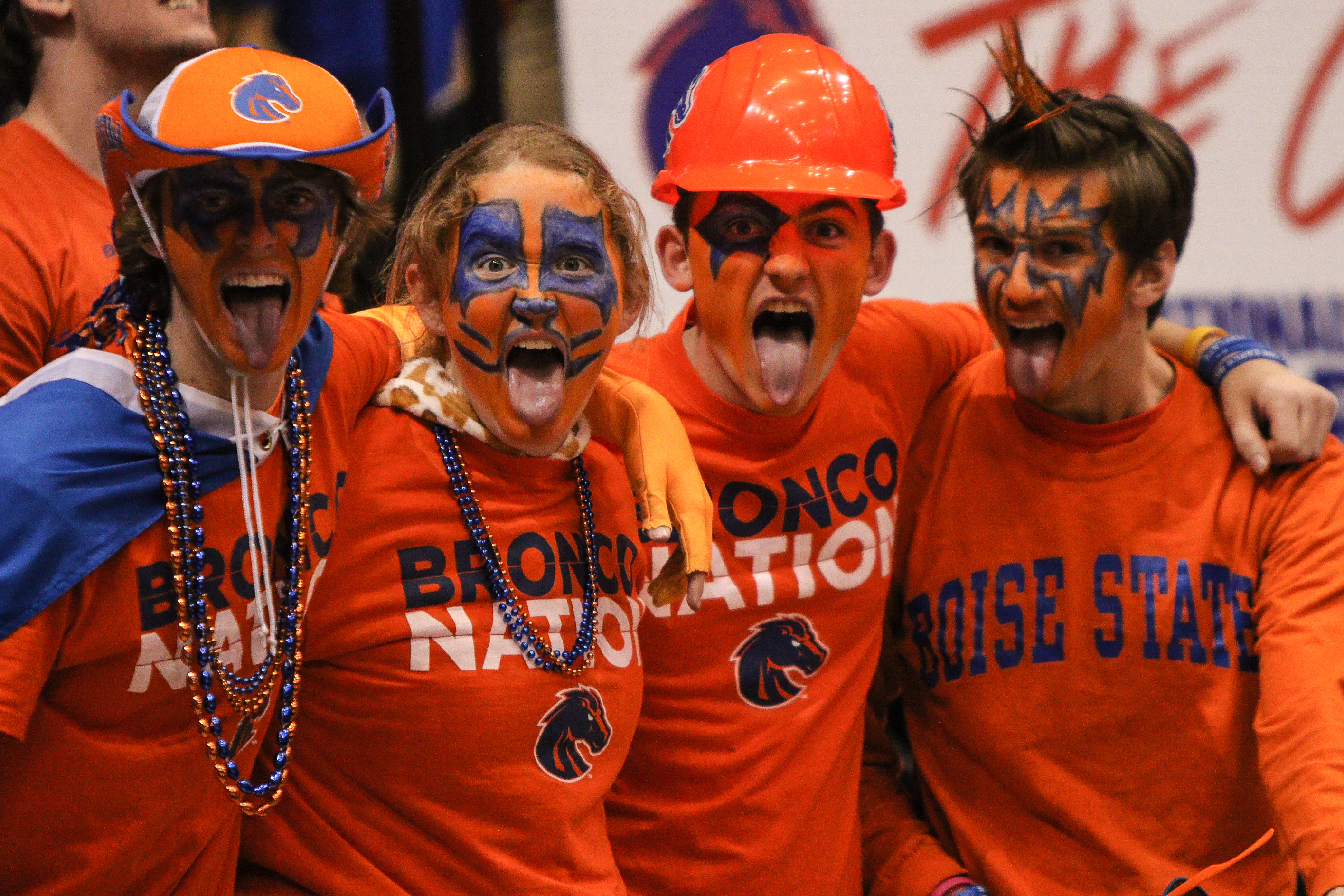 You would think that in this day and age, we would have a better way of handling clock management in sports than by relying on a simple stopwatch. Well, think again.

Boise State looked to have snagged a thrilling overtime victory at Colorado State on Wednesday night when James Webb III appeared to take an inbound pass and heave up a game-winning three-point shot as time expired all within the last 0.8 seconds of the game. Instant replays show Webb clearly let go of the basketball within the remaining time, which would mean the shot should have counted, but upon a review of the final shot the referees decided the shot should not have counted as the game clock was said to have started too late. They used a stopwatch to clock the play and determined it took 1.2 or 1.3 seconds for Webb to get off his would-be game-winning shot.

“I knew when it banks and the clock went off, it had to take longer than .8 seconds, but I thought we lost. That’s the bottom line,” Colorado State head coach Larry Eustachy said. “I said ‘here we go, the same old story against Boise.’ And I was waiting for the refs to just run off; the game is over. It took a lot of courage to figure out the right call and clearly when he got it to when he got it off, it took 1.3 seconds.”

But was it the right call? Boise State’s Anthony Drmic pointed out that even players on Colorado State agreed the Broncos got the short end of the stick.

Everybody knows I don't let my emotions run much on social media, but when players on the opposing team…

say we got cheated how can I not. Waste of time of effort. @espn @moutainwest

Here is a slow motion replay of the final shot sequence, as shared on Twitter by Coloradoan reporter Matt Stephens…

I don’t know. It looks to me like the clock operator was on point here. Others seem to agree…

Just for kicks, I stopwatched the Webb shot three times, and got 0.62, 0.66 and 0.68 seconds from catch to approximate release

It is within the rules for refs to resort to using a stopwatch when making these reviews, which makes sense in the case of a technical error with the clock equipment. That didn’t appear to be the case in this situation, but here is the official statement from one of the officials for whatever clarity we can get out of this…

Statement from official Dave Hall regarding the end of the first OT between Boise State vs. CSU. pic.twitter.com/Iv9MDfbnc8

In the end, Boise State goes down a loser and drops to 16-9 overall, and 7-5 in Mountain West Conference play. Who knows if that one loss comes back to haunt the Broncos when it comes time to placing teams in the field of 68 next month, but at this point in the season teams that could be on the bubble have little margin for error. And do not expect the Mountain West Conference to overturn the result of the game in Boise State’s favor. Even in moments when it is clear a decision should have gone the other way, it is rather unprecedented for a conference to flip the result of a game. Just ask Duke football, who was the victim of a poorly officiated final play against Miami in Durham last fall.