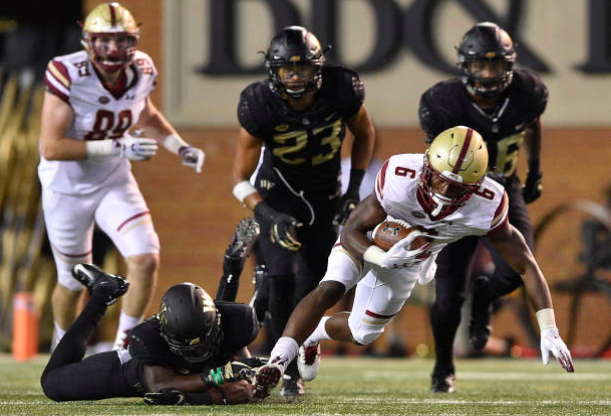 A major talking point in most of the anti-Clemson sections of the college football internet is that the Tigers currently have zero ranked teams on their schedule. While that statement is somewhat misleading, it is also technically true.

Clemson drew Georgia Tech and Duke as cross-divisional games. Georgia Tech has already picked up a nonconference loss to South Florida, and no one expects much from the Blue Devils this year–though a good-looking win over Northwestern may change that moving forward. Since the Tigers avoid Virginia Tech and Miami, the ACC schedule is not what it could have been. A nonconference win over Texas A&M could be valuable–while the Aggies are not currently ranked, that could easily change if they continue to play the way they did against Clemson.

This brings us to the ACC Atlantic. The division is often one of the stronger ones in college football, with three national contenders for most of the CFP era. That definitely does not seem to be true this year. Two of the ACC Atlantic’s stalwarts–Florida State and Louisville–both look to have taken major steps backwards this year.

This past week, both Florida State and Louisville struggled against FCS schools. Louisville pulled away late, but the Seminoles almost (and probably should have) lost to Samford. From what we’ve seen so far, neither of these teams will spend any time ranked this year.

So is the ACC Atlantic doomed to only have Clemson as a strong team this year? Will the schedule possibly keep a one-loss Clemson out of the College Football Playoff? Not if Wake Forest and Boston College have anything to say about it.

In a game played at an awkward time slot on Thursday afternoon to avoid Hurricane Florence, two talented teams dueled over who the second-best team in the ACC Atlantic was. Boston College came out ahead, just barely, but both teams really impressed.

The game was a fascinating clash for multiple reasons, but most noteworthy was the stark contrast in styles. Boston College ran a somewhat up-tempo pro-style offense, anchored by Heisman-caliber running back A.J. Dillon and backed up by a deceptively effective passing game. Wake Forest, on the other hand, went for a speed that was reminiscent of Oregon in the Chip Kelly days. Both teams were incredibly effective. Wake Forest had the Eagles defense on its heels and extremely winded by the end, while Boston College just pounded the Demon Deacons into oblivion, racking almost 500 yards against a decent defense.

This multi-faceted Eagles attack, led by Dillon and quarterback Anthony Brown, looks very nearly unstoppable. Boston College was dominant in the opening two weeks, but that was against UMass and an FCS school. Showing similar offensive prowess against Wake Forest is the mark of a dominant team.

The Eagles turned their season around last year when Dillon became the lead running back, and they have been improving ever since. If what we’ve seen the first three weeks of the season are any indication, they’re just getting started.

The schedule is tough, though. Boston College faces Miami, Virginia Tech, and then Clemson in consecutive weeks. It’s hard to know what shape the Eagles will be in when we get to the Clemson game on November 10th. If this team keeps on playing this well, though, it will enter that game with a good record, a national ranking, and quite possibly dreams of an ACC Atlantic title.

Just because the Demon Deacons lost this game doesn’t mean they’re done. They impressed, and the offense is potent. Next week will be a stiff challenge against Notre Dame. We’ll learn a lot more about both Wake Forest and Boston College after that game.

After that, though, the Wake Forest schedule gets significantly easier. The team will likely be 3-2 entering its home game against Clemson on October 6th, but there is probably only one loss on the schedule after that. Even if this team can’t beat Clemson, it has a chance at providing the Tigers with a ranked–or at least very respectable–win by season’s end.

No doubt, Clemson’s schedule isn’t doing it any favors. The Tigers may end up similar to Ohio State in 2015, which was clearly one of the most talented teams in the country, but missed out on the Playoff due to a loss, a weak schedule, and lack of any real quality wins. Of course, Ohio State also failed to win the Big Ten that year. Even with a loss, Clemson is still the prohibitive favorite to win the ACC Atlantic. The Tigers better watch out, though. Both the Eagles and Demon Deacons look capable of challenging them. With a schedule without any good top-end games, Clemson doesn’t want to give the selection committee any debate about its worthiness in the College Football Playoff.