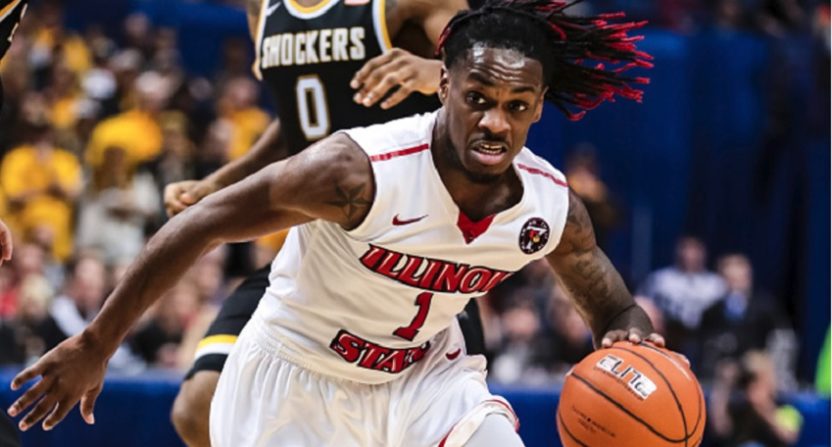 On Thursday, ESPN’s resident bracketologist Joe Lunardi laid out a very modest proposal: Expand the NCAA Tournament field to 72 teams so there are less instances of mid-major regular season champions being left out.

The idea, which is seeing push from the National Association of Basketball Coaches (NABC) has aims beyond that one, however. More tournament teams means more coaches keep their jobs. It also means more television inventory, which creates a larger pool of money for everyone involved with March Madness.

There’s also a pretty easy solution for more mid-major regular season champs getting into the field — one which I spelled out here in March around getting rid of Championship Week.

But if Lunardi and the NABC are more interested in expanding the field by another four teams instead, it’s worth looking at which squads would’ve actually secured those final bids. Would it have been these mid-major regular season champs, as supposedly intended? Or would the expanded tournament simply give even greater opportunities for mediocre power conference teams to get to the Big Dance? A look at the “first four out” from 2011 through 2017:

In year one of the 68-team model, no one really knew what it would take to be in or out come Selection Sunday. Ultimately, the committee decided to mix it up a bit, with two major conference teams (USC, Clemson) and two mid-majors (UAB, VCU) getting the final at-large bids. While UAB was Conference USA’s regular season champ, VCU finished fourth in the CAA. St. Mary’s was the only one of the first four out to win their conference’s regular season title.

Drexel was seen as a major snub, winning the CAA regular season championship while going 26-5, but zero victories over ranked opponents all year nullified a late 15-game winning streak. Washington was also an auto-bid for the NIT that year, after winning a very mediocre Pac-12’s regular season banner, only to lose in the conference tournament quarterfinals.

The final four spots in a 72-team field would’ve likely been filled by these power conference teams, or either Kentucky (SEC) or Southern Miss. But this is one year where it’s unlikely the extra bids would’ve done much more than drag an undeserving power team to the Dance when they didn’t really deserve to be there. Notably, just one of them (Maryland) even made the NIT’s Final Four.

Green Bay was the Horizon League’s regular season champ, but dropped game one of the conference tournament in OT. SMU had the strongest case of any snubbed team, however, with a resume littered with quality wins in American Athletic Conference play. The Mustangs fell to Minnesota in the NIT Championship.

This year is really the only season where the system would’ve worked as supposedly intended: rewarding mid-major schools for a quality year, even without a tournament championship. Murray State was the only NIT auto-bid, but all played in strong leagues and had resumes with major wins.

This season would’ve avoided all of the hemming and hawing about Syracuse getting in over Monmouth and St. Bonaventure (a team the Orange beat that season). St. Mary’s and Monmouth were auto-bids, while the Bonnies performed well in a strong A-10. Along with 2015, this year was probably the one that most needed a 72-team field.

Illinois State was the subject of Lunardi’s post, and for good reason given Redbird’s 17-1 Missouri Valley record with the misfortune of having to try and get past Wichita State to win the league tournament. But Syracuse and Cal were no cut-and-dry exclusions, either. The field even narrowly included teams each respectively defeated (SU beat Wake Forest, while Cal took down USC).

So looking at the above, would a 72-team field really emphasize these mid-majors Lunardi gravitates toward? Or would it just help out the coaches, who are chomping at the bit for another reason to keep their jobs (you’re less likely to fire a coach that made the tournament, of course)?

It’s really a little bit of both. Or maybe the better tact would be to re-examine the First Four, which at times (especially lately) has seemed to favor power conference teams over these mid-major regular season success stories. The uptick in worthwhile mid-majors left out of the at-large pool seems like something that’s grown in the last few years. Maybe not coincidentally, the percentage of power conference teams in the First Four games has also increased in that time.

For right now, this is just an idea, and with a television contract running into the 2030s, there’s no major rush to change what works. But if the coaches start pushing harder, maybe this 72-team move becomes a reality. The examples above seem to show that it may not be all that necessary. But if it makes the tournament more money, it would seem bound to happen eventually.