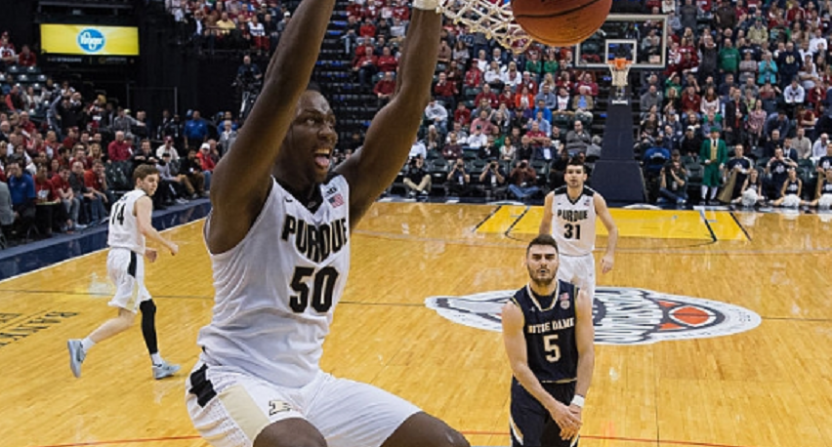 It’s championship week! A handful of mid-major bids have already been punched and before long, we’ll know the entire NCAA Tournament field.

So let’s take a look at how the bracket is shaping up entering Tuesday’s slate. The bracket holds 32 automatic bids for conference champions (noted below with italics), and the remaining 36 are at-large selections.

Teams are evaluated by how they have performed to this point in the season without projecting how they will perform the rest of championship week.

Here’s the full field of 68 through results of March 7 with some notes on the bracket below.

** The race for the overall No. 1 seed is getting mighty close between Villanova and Kansas. I’m still giving ‘Nova a slight edge as the Wildcats have one more RPI Top 50 win and no loss as bad as Kansas’ loss to Indiana. But there’s no question Kansas has better wins. The Jayhawks swept Baylor and also have road/neutral wins against Kentucky and Duke. All four of those wins are better than Villanova’s best, by the RPI.

** I think Gonzaga will fall off the top seed line if North Carolina wins the ACC Tournament and one of Oregon, Arizona and UCLA wins the Pac-12. Kenpom.com gives that about a 22 percent chance of happening. The topic becomes a moot point if the Zags fall to Saint Mary’s in Tuesday night’s WCC championship game.

** Illinois State (12 seed, South) is my last team in the field for now, but I doubt we’ll see the Redbirds there on Selection Sunday. In all likelihood, at least one of Kansas State, Rhode Island or Iowa will do enough during championship week to take Illinois State’s spot.

** The Big 12, generally considered the nation’s best conference top to bottom, is down to five bids as Vanderbilt’s big win over Florida knocked Kansas State to the first team out. TCU and Texas Tech have also fallen off the bubble after struggling a ton during the second half of the conference season. If Kansas State can beat Baylor in the Big 12 quarterfinals, it will stay in the running for a bid. If the Wildcats lose, they’re almost certainly heading to the NIT.

** This is the first time since mid-December that I’ve had a Big Ten team as a top-four seed. Back then, it was Indiana, who is currently my sixth team out. Now, it’s Purdue (4 seed, South). The Boilermakers got a solid road win at Northwestern to push past Virginia and Cincinnati, and they’ll likely need at least one Big Ten Tournament win to remain a No. 4 seed or better. Being a top-four seed gives you geographic advantage in the first and second rounds.