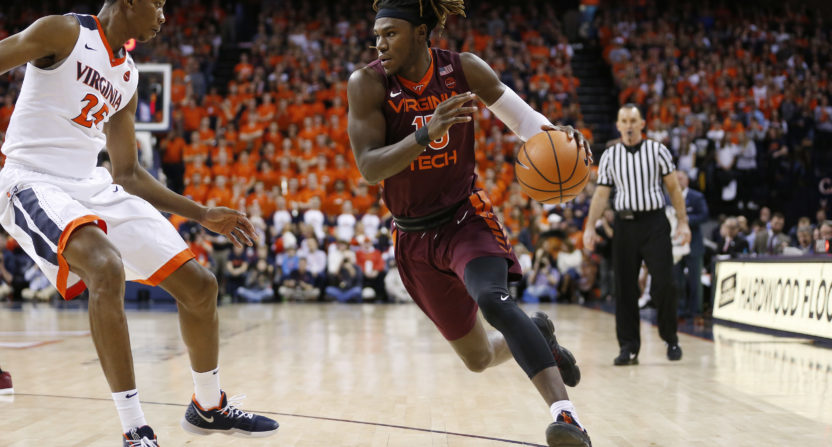 The NCAA Tournament selection committee revealed its top 16 teams on Sunday, but this is college basketball, where multiple top 10 teams lose every week. So who knows how long that top 16 will be good for.

Now with less than a month until Selection Sunday, let’s look at how the full bracket shapes up.

The bracket holds 32 automatic bids for conference champions (noted with italics), and the remaining 36 are at-large selections. Teams are evaluated by how they have performed to this point in the season without projecting how they will perform the rest of the year, but conference champions have been selected using KenPom projections.

Here’s the full field of 68 through results of Feb. 11 with analysis on the bracket and the bubble below: 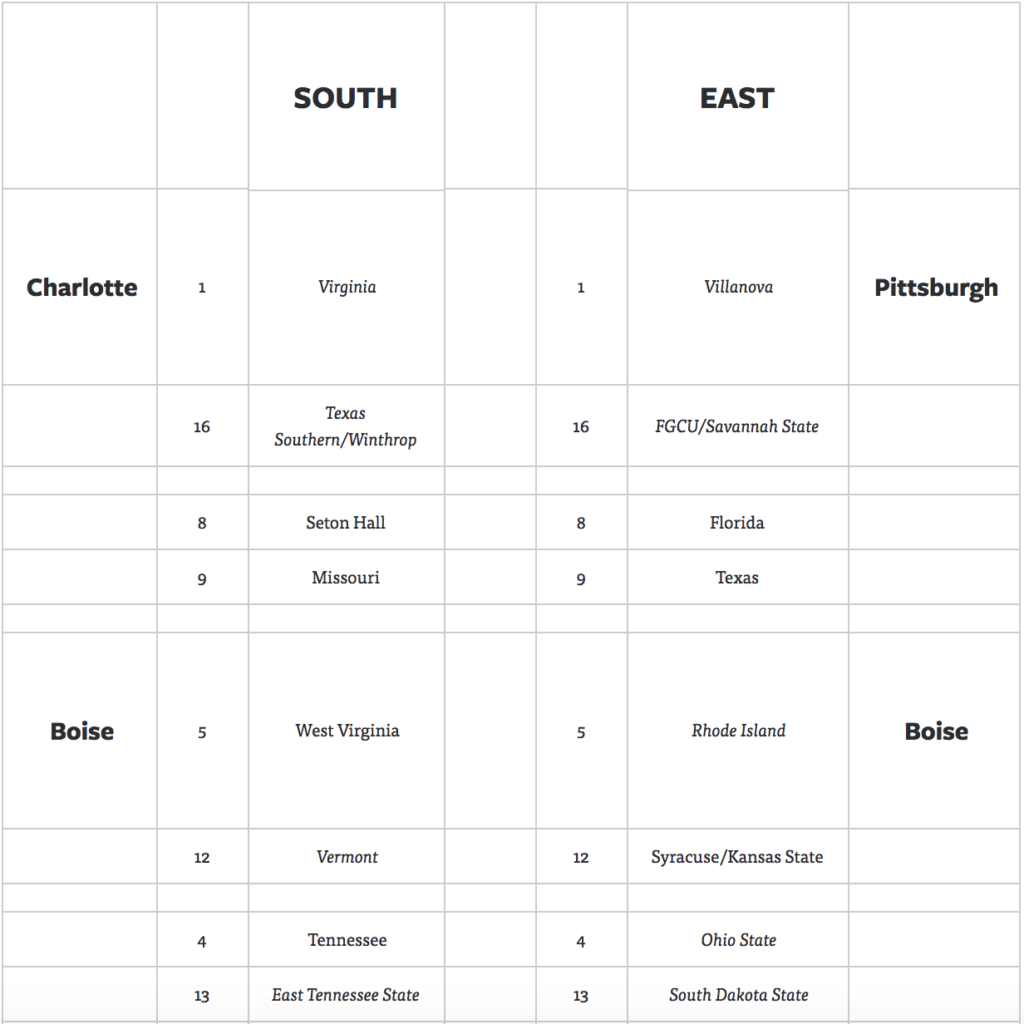 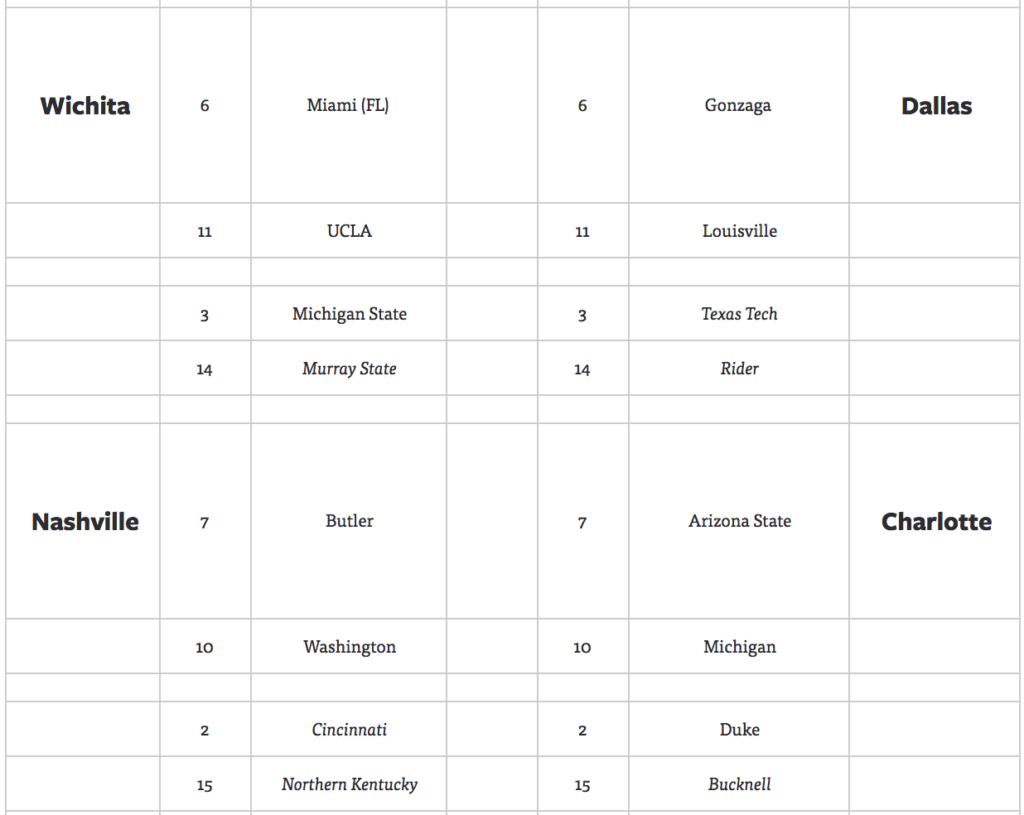 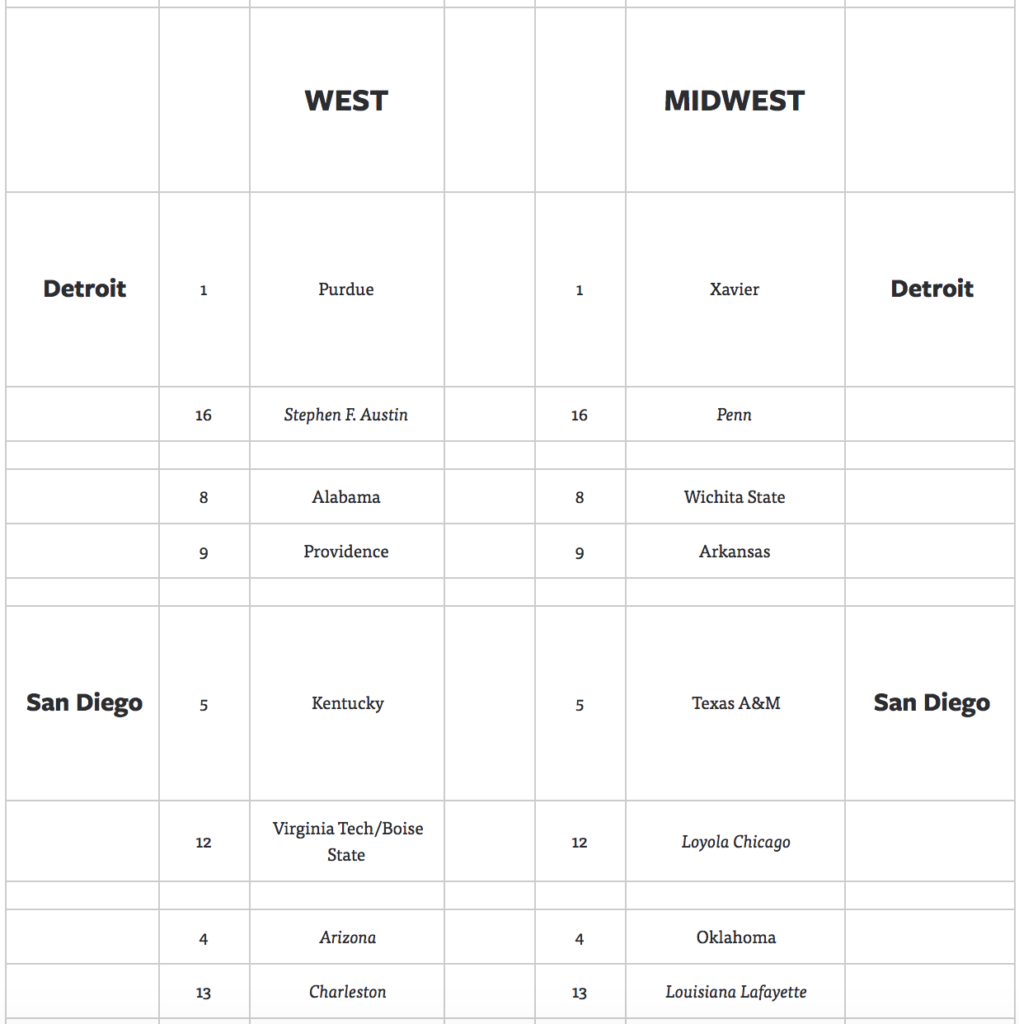 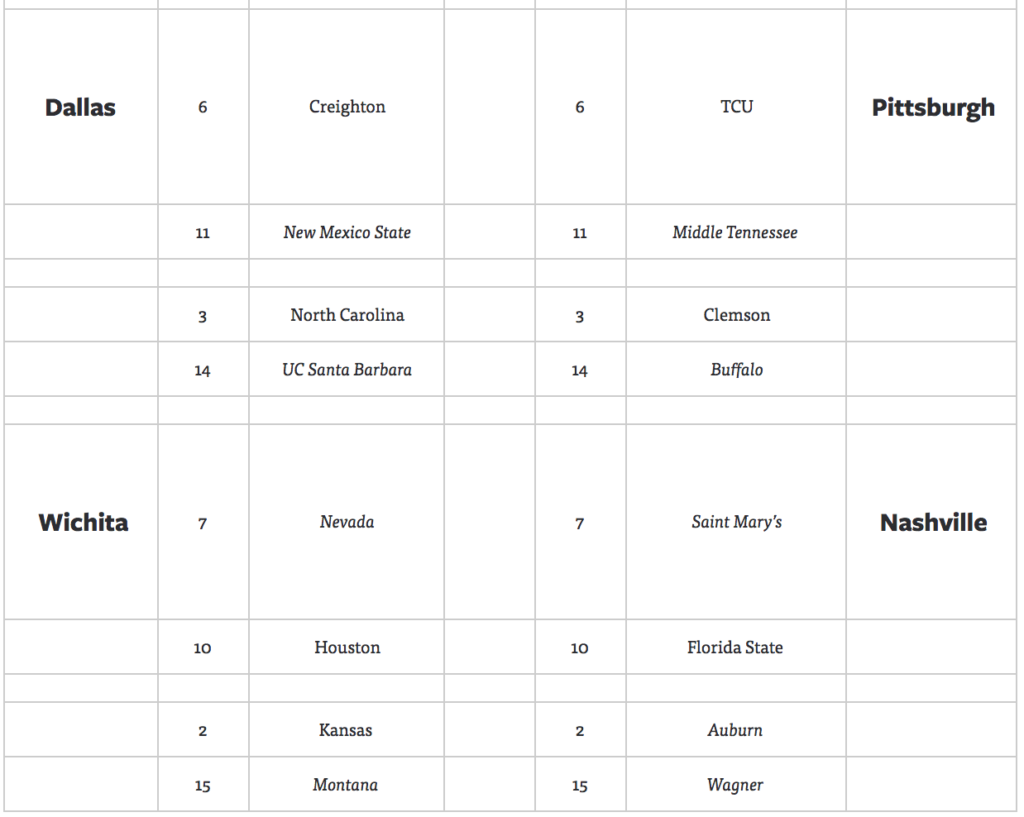 ** I was miffed by the selection committee giving Arizona a No. 4 seed on Sunday and explained why here.

** Another aspect of the top 16 reveal many people took issue with was Cincinnati earning a No. 2 seed. The argument against the Bearcats is a legitimate one. Their best wins are at Temple and on a neutral site vs. Buffalo. They also lost to Florida (No. 8 seed, East), which isn’t a terrible loss by any stretch, but is also a bit alarming when Cincinnati doesn’t have any marquee wins to balance it out.

Why punish Michigan State for having too few quality wins when the Spartans still have wins over Purdue (No. 1 seed West) and North Carolina (No. 3 seed, West), two top 16 teams, but let Cincinnati slide by? Is Michigan State’s home loss to Michigan worth that much, or is it an inconsistency with the committee’s seeding?

However, the Bearcats deserve some praise. Like Michigan State, they look more than legitimate even if they don’t have a ton of quality wins to back it up. Cincinnati jumped to No. 3 in KenPom after demolishing SMU (sixth team out) on the road Sunday after the bracket reveal.

** Baylor (eighth team out) was on life support after a four-game losing streak to finish January left the Bears at 12-10 and 2-7 in the Big 12. But they’ve begun February with three straight wins, including a pair of quality victories over Kansas (No. 2 seed, West) and at Oklahoma State (ninth team out). Scott Drew’s club still has work to do, though. KenPom projects the Bears will go 3-2 in their final five regular season games. That, plus one win in the Big 12 Tournament to be safe, would put Baylor into the field.

** Mississippi State (fifth team out) had quietly been on fire until Saturday’s overtime loss at Missouri. Ben Howland has the Bulldogs in the bubble discussion, thanks to wins over Missouri, Alabama and Arkansas. However, they’ll need a marquee road win to become serious contenders for a bid. Their best is currently at South Carolina (No. 78 RPI), but next Tuesday they travel to Texas A&M for a game that could make or break their resume.

** Speaking of Texas A&M (No. 5 seed, Midwest), the Aggies are back to playing like a potential Final Four team. They’ve reclaimed a RPI Top 20 position and jumped from No. 34 to No. 21 in KenPom during this four-game winning streak, which includes wins over Auburn (No. 2 seed, Midwest) and Kentucky (No. 5 seed, West).