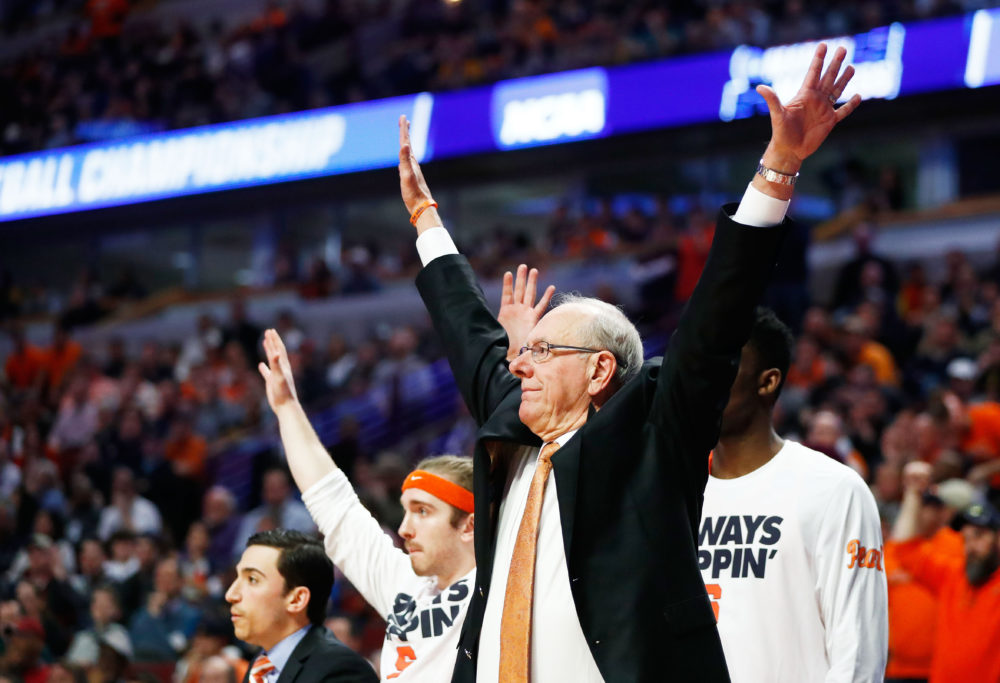 On Saturday, Syracuse will travel to Washington D.C. for another battle with Georgetown. It will be the 93rd meeting between the two schools, and ‘Cuse currently leads the series 49-43.

But there’s been something different about the more recent matchups in this series. It’s a non-conference game.

For decades, Syracuse and Georgetown would face off in bitter Big East rivalry games. The games almost always ended in spectacular fashion and included some of the most memorable moments in college basketball history.

The Orange and the Hoyas are two schools with historic basketball programs made famous by the Big East. Two other schools that fit into that category are the University of Connecticut and Villanova University.

This year, Syracuse will play both Georgetown and UConn during its non-conference schedule, but not Villanova. This year, the Wildcats will actually play the Hoyas and Huskies in consecutive games, but that’s not a common occurrence, given that UConn is now a member of the American Athletic Conference. Only Villanova and Georgetown remain in the same conference out of the four schools.

At the beginning of the college basketball season, four elite schools face off in the State Farm Champions Classic: Duke, Kansas, Kentucky, and Michigan State. It’s the sport’s premiere non-conference tournament, even though it only involves two games and technically isn’t a tournament. ESPN broadcasts the games and always makes a spectacle of it.

Why not hearken back to the days of the old Big East with a similar tournament involving the four powerhouse schools? Pit Syracuse, Georgetown, UConn, and Villanova against each other at Madison Square Garden, rotating the matchups every year and having both a championship and consolation games on the second night.

The event could take place over two days and would definitely be attractive to fans of basketball. Since the Big East ended, we’ve never seen four original Big East schools gather for any sort of tournament. Instead, we’ve seen former Big East programs battle in new and “improved” Big East conference games or face off in one-off non-conference games.

That should change. The four schools would get a non-conference schedule boost that could help them down the road with their NCAA tournament chances. On top of that, the extra coverage for the programs could give them a boost in the early part of the season. ESPN (or Fox, given that they have the coverage rights to the current Big East) could market the annual miniature tournament as a reunion of sorts and bring back legendary players to serve as analysts or guests on the broadcasts.

If ESPN or the schools didn’t want to turn it into a four-game tournament, they could easily make it exactly like the Champions Classic: four teams in one arena play two games on one night.

Ironically, this idea nearly came to fruition earlier this year at MSG, when Syracuse and UConn faced off right after Villanova played Gonzaga in the Jimmy V Classic.

Fans of those three Big East schools flocked to the World’s Most Famous Arena to see three former Big East programs play. Now imagine if instead of Gonzaga, it was Georgetown, and instead of it being the Jimmy V Classic, it was the Big East Classic. This tournament wouldn’t replace the Jimmy V Classic, but would instead be yet another early season MSG tournament to draw eyeballs.

College basketball doesn’t really need yet another tournament in November, but if one was added, it should be one that rekindles the flames of the NCAA’s most iconic hoops conference.