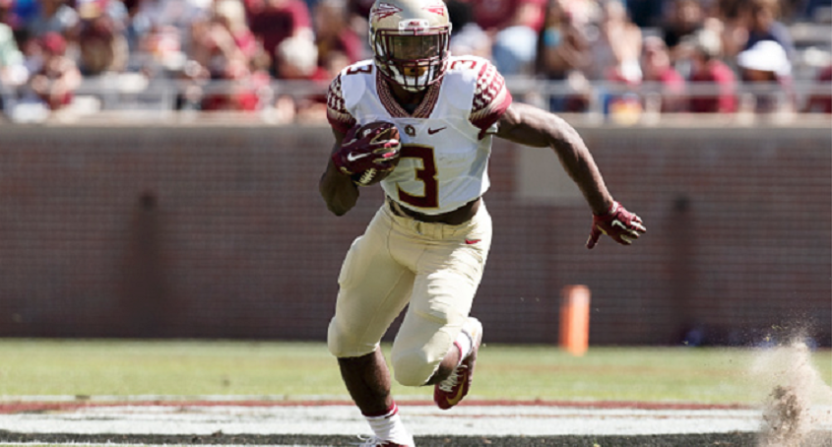 It’s not a coincidence that the teams which recruit the best are also winning national championships in the ACC. Clemson finally got over that hurdle this past season and it had a lot to do with a massive bump in their recruiting rankings over the past half-decade or so.

To that end, recruiting certainly will play a big factor in a changing ACC this upcoming season. In fact, this past recruiting cycle may have been one of the best for the conference as a whole. There were five-star talents galore and not just at the powers like Clemson and Florida State either.

However, which of these players are primed to have an immediate impact on the field in 2017? Let’s take a look at the names you need to know from the 2017 recruiting class.

When you are the No. 1 running back in the country and the No. 2 ranked player in the country for your recruiting class, people are going to be talking about you. But few players come into a situation more ready-made to be explosive right away at running back than Akers. After all, star running back Dalvin Cook is gone and there wasn’t a real star at running back behind him. Sure, Jacques Washington is back after some good work as Cook’s backup, but Akers is a special talent and likely to make an immediate impact. You don’t have to believe me, just watch his film from the spring game — where he put up over 100 yards of total offense.

He may not be the starter come the fall, but it is going to be really hard to not see him ending up being the star of this backfield by the end of the year.

Titles are often won by those in the trenches, and Florida State has a long tradition of quality play on the defensive line. But in this generation, there are few defensive linemen who stack up to Joshua Kaindoh’s recruiting credentials. The IMG Academy product isn’t just another five-star player, he’s also the No. 9 ranked player in the country and the No. 3 ranked weakside defensive end in the class. He’s got the explosiveness and at 250 lbs., he’s got the size to get on the field early on in his career.

Don’t expect him to start, though, as Josh Sweat and Derrick Nnadi combined for 13 sacks last season as a sophomore and junior respectively. Look for him to be more of a specialist and see plenty of time against mobile quarterbacks thanks to his speed and size combination.

Clemson finally got over the hump and won a national championship last season, and a large part of that was finally putting everything together on offense. Well, the top two leading pass catchers are gone, including star receiver Mike Williams. So it should really help the offensive rebuild to know that there is a five-star wide receiver in the fold by the name of Tee Higgins. At 6-4.5 and 188 pounds, Higgins possesses the frame to really be a dangerous receiver. The film also shows a player unafraid to get physical and stretch for the ball. His ability to make highlight reel catches certainly makes him one to watch.

This is also a position in which freshmen can thrive based on raw talent, while honing the finer points as a freshman. He comes in as the No. 2 ranked wide receiver in the country and the No. 19 ranked player overall in the 2017 class. The only real question seems to be who is going to be getting him the ball this fall, because this offense loves to spread the football around. I mean, only six different pass catchers put up 35 or more receptions last season alone. Three of the top four of which are moving on after last season. If that doesn’t scream plug-and-play for a five-star wide receiver, I don’t know what will.

The answer to who may be getting Higgins the ball? Try fellow five-star recruit, Hunter Johnson. He entered school early and by all accounts didn’t hurt his chances to win the starting job to replace Deshaun Watson. Junior Kelly Bryant has been in the system longer and appeared to be the front-runner coming out of spring. But that was spring and if Johnson, who possesses the more accurate arm and is Kelly’s equal in terms of mobility, can make a jump with summer workouts, I’d put strong money on him winning the starting job.

It’s going to be really hard to keep the No. 2 pro-style quarterback in the country off the field, that’s for sure. After all, we are talking about 2017 and not 1997, as quarterbacks are much more ready to enter the college game today than they were 20 years ago. That’s in large part to specialized camps, 1-on-1 teaching sessions and overall offensive play at the high school level.

We could’ve continued the five-star parade, but there has to be a player or two to stop the offensive onslaught of the previous recruits in this class. One player who I could see making the biggest noise right out of the gate actually isn’t a five-star player at all. I believe four-star safety Paris Ford has a great opportunity to play impactful football for Pat Narduzzi and the Pittsburgh Panthers. This is a combination of not-so-good play, a mess on the depth chart and Ford’s own capabilities.

At 6-foot-1, 180 pounds before entering school, Ford has the physical tools already there. He also has the leadership and the pride in being a Pennsylvania native who happened to choose the Panthers over offers from all over the country. That leadership and confidence was on full display in the Under Armour All-American game in January. Narduzzi got a big win on the recruiting trail, and the coaching staff wasn’t afraid to talk about him being a lynchpin for the defense on national signing day. I mean, what could Ford do to screw up a passing defense that was ranked No. 127 in the country last year, right?

*all rankings according to the 247Sports composite