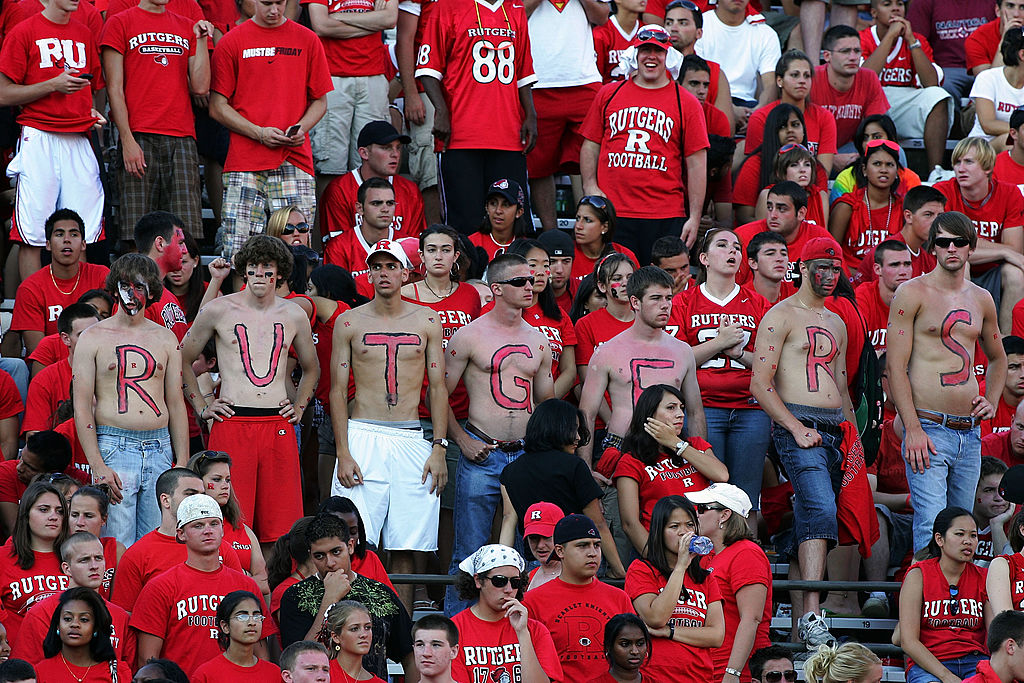 Rutgers football is a complete mess. This season saw its head coach, Kyle Flood, serve a three-game suspension for hiding his communication with a professor regarding a player’s coursework. Multiple players were booted off the team early in the season and its star wide receiver missed time following an incident outside the football stadium. In the days after Rutgers fired its disgraced athletics director and moved swiftly to hire a replacement and fired Flood following a dreadful season, there is just one question that needs to be answered. Can anyone save Rutgers football?

Golden was fired by Miami during the regular season, but he remains a coach worth considering for certain jobs on the market this season of coaching changes. Rutgers, according to a report from NJ.com, is among those interested in Golden as a candidate to take over the football program. The report suggests Golden is the top candidate for the job, and that seems to fit for Rutgers. He may not be a home run hire for Rutgers if he ends up with the job, but he will definitely be an extra base hit for the Scarlet Knights.

Do yourself a favor and try to forget everything that happened with Golden in charge at Miami. Good coach, bad fit. It was never likely to work out very well for Golden at Miami, and this is why he is now available for a new job. What you should take stock in is the job Golden did in building Temple football. If not for Golden, Temple may not be playing for the American Athletic Conference championship this weekend. Golden set the bar high for a Temple program that was on the brink of extinction. He stepped in shortly after the university voted slightly in favor of keeping the football program, and he got to work by recruiting locally and putting a master plan in motion. After going 1-11 in his first season on the job with the Owls, Golden coached Temple to a higher win total each of the next three seasons and guided Temple to its first bowl game in 30 years. Temple’s first bowl win would come after he left for Miami.

Golden is not a guy that will instantly transform Rutgers into a Big Ten powerhouse ready to take down Ohio State, Michigan, or Michigan State. Winning the big game was never Golden’s strong suit, and that will likely continue if he takes a Big Ten job in the same division as Urban Meyer, Jim Harbaugh and Mark Dantonio (and D.J. Durkin — time will tell).. What he will do, if given the opportunity, is lay the foundation for Rutgers to wipe away a troubling past. He can change the image of the program by getting back to basics and recruiting locally. New Jersey is usually ripe with talent, and if Golden can keep some of that talent closer to home instead of heading to division rivals, Rutgers can start improving over time.

Is Golden the best candidate for the job? Considering there is no chance Rutgers is going to get Mark Richt, Golden will still be one of the best options there for Rutgers.