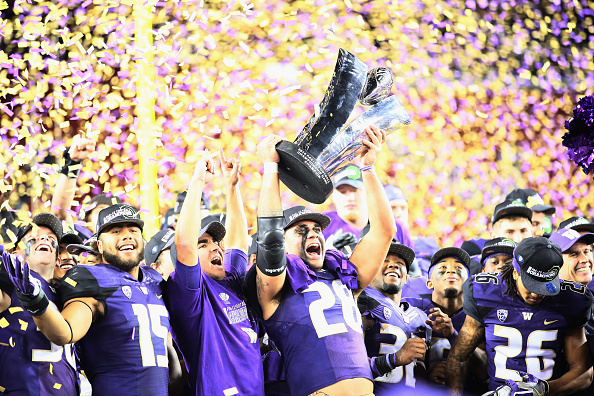 At noon on Selection Sunday, the College Football Playoff selection committee will announce the four Playoff teams. Throughout the afternoon, bowl bids will trickle in and we will know where everyone is going by Sunday night at the latest. But I know that college football fans want to know where their team is going right now. So I’ll do my best to try and tell you where every team is going.

A major problem with properly predicting bowls is the pool system some conferences now use.

Bowl committees no longer have a say in every bowl game. For example, the SEC can send any one of six teams to its six “pool” bowl games. That makes figuring out where teams will be sent much more difficult, especially as we really have no idea what will motivate conferences most. It could be anything from creating the better matchup for TV ratings, to better proximity for fans, or even the matchup the selecting conference is most likely to win. Some matchups are easier to see coming than others, but sometimes it’s just impossible to tell.

Therefore, aside from making an official projection in the table, I will also point out which teams will be selected for each pool. That way, even if it is impossible to figure out exactly which individual bowl each team will go to, the other options will be much more limited.

The Rose Bowl will pit the Big Ten champion against the top-ranked team in the Pac 12 that isn’t in the Playoff. It could go to Colorado, but I think that USC will get it by virtue of its strong showing at the end of the season and its head-to-head win over Colorado. If Colorado is in the Rose Bowl, then USC will go to the Alamo Bowl.

The Sugar Bowl will take the Big 12 champion against the second-highest-ranked SEC team. Oklahoma won Bedlam and Florida got beaten badly by Alabama, so Auburn will get the Sugar Bowl spot.

There are currently 76 bowl-eligible teams in a normal year. Army is 6-5 but has two wins over FCS teams. Hawaii is 6-7. If we had 80 bowl-eligible teams, neither of those two would go bowling. However, since we will not reach 80, both of those get bids ahead of 5-7 teams. North Texas and Mississippi State will receive bowl bids as 5-7 teams based on their APR scores. If a team surprisingly refuses a bowl bid (there had been rumors that Baylor would), then Texas is next in line.

The bowl placement was relatively straightforward, but as always there’s no great way to gauge or guess replacement teams. Because of the lack of eligible Pac 12 teams, I think it’s possible that the Mountain West would try to push down Boise State’s bowl selection to earn the Broncos a P5 opponent in the Cactus Bowl.

The MAC has enough bowl-eligible teams, so Miami (Oh) should be in the Potato Bowl, but there are strong rumors that a deal has been struck to move Idaho to that game. The ESPN-owned bowls are allowed to swap teams among themselves, so there can always be last-second changes in several games that go against conference contracts. It’s impossible to really guess these, but they’ll probably be kept to a minimum to keep the contracted conferences happy.

Because a lot of this is guesswork, I’m going to offer up a quick explanation of how each conference’s bowl games are distributed.

Some conferences, like the Mountain West and Conference USA, don’t have any real selection order. They just work with their bowl partners at putting together the best matchups, taking into account such considerations as geography, television ratings potential, and potential ticket sales, among others. Other conferences, though, have a more streamlined process.

Therefore, the following is a list of all the bowl pools and which teams I think will fill those pools. Even if it is far more art than science in predicting where each team will go within each pool, at least the options for shifting within each pool are limited.

The Big Ten system is unique. Basically, the bowl picks a team that they want and asks the conference for that team. The Big Ten can then either agree or send a different team. Also, every Big Ten bowl will have five different teams over six years (the Pinstripe’s goal is to get eight different teams in eight years), so our best criteria is that no one will repeat bowls from where they were the last two years.

Conference-USA has no bowl order whatsoever. The champion gets to pick its bowl game, and after that the conference assigns teams as it sees fit.