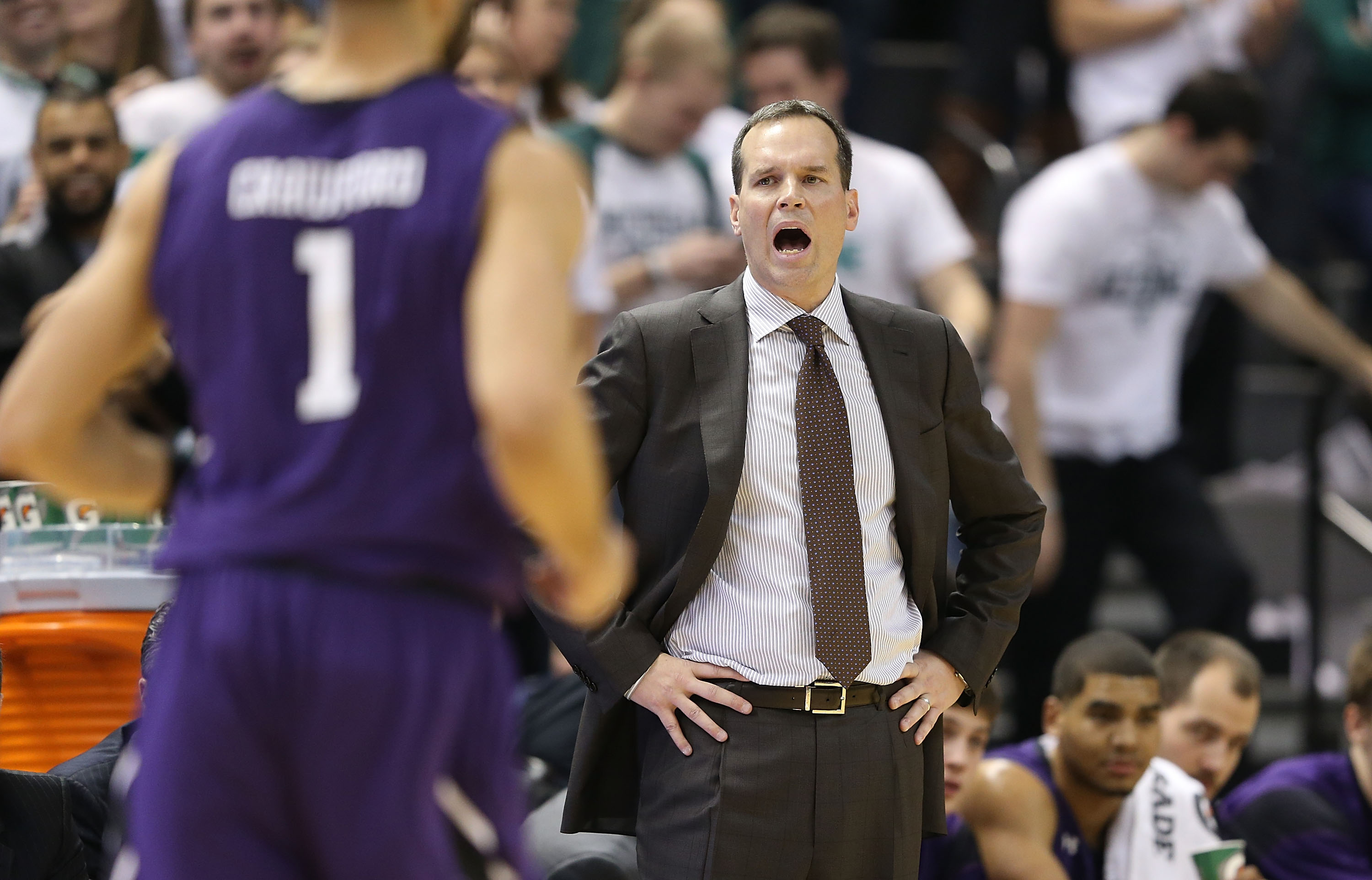 On Sunday, Chris Collins’ Northwestern basketball team beat Indiana 68-55 at Welsh-Ryan Arena to improve to 18-4 on the year, including 7-2 in the Big Ten. With 10 games left in the regular season, the Wildcats look like a lock to blow past their program record of 20 wins and reach the NCAA Tournament for the first time in school history.

Just up the road in Milwaukee, Steve Wojciechowski’s Marquette squad is 14-7, a week removed from beating No. 1 Villanova and a strong finish away from the program’s first NCAA Tournament appearance since 2014. After a few down years, the Golden Eagles are back among the Big East’s top teams.

Meanwhile in South Bend, Indiana, Mike Brey and Notre Dame are continuing one of the best multi-year stretches in program history. Though the Fighting Irish have lost three games in a row and four out of five, they’re 17-6 and come March will have an excellent chance of reaching at least the Elite Eight for the third straight season.

Further east, in Cambridge, Massachusetts, Tommy Amaker’s Harvard outfit is 3-1 in Ivy League play, a half game back of Princeton and a strong candidate to win the conference for the fourth time in five years. Against all odds, the Crimson have become one of sport’s top mid-majors.

And down in Orlando, the Johnny Dawkins-coached Central Florida Knights find themselves 14-7 on the season, with more wins already than they won in any of the previous three campaigns. They haven’t made the Tournament in 12 years, but this season seems like a giant step in that direction.

The common theme in these 2016-17 success stories is the Coach K connection. Collins, Wojciechowski, Brey, Amaker and Dawkins all spent time on the coaching staff at Duke before being hired by schools hoping Mike Krzyzewski’s brilliance had rubbed off. And they’re all bucking a two-decade tradition of ex-Coach K assistants underperforming as head coaches.

It’s not that the Coach K coaching tree was previously barren. For 20 years, there has been a steady pipeline from the Duke sideline to the head coaching job at Division I programs. And it’s not quite that every former Blue Devils assistant has been a total failure when given his own program — several of them have had solid careers with trips to the NCAA Tournament. It’s just that coaches with the Krzyzewski sheen are supposed to produce some of his results, and few of them have failed to sustain any level of excellence.

Before landing at Harvard, Amaker won at Seton Hall but failed to make the NCAA Tournament in six seasons at Michigan. Jim O’Toole amounted to little over eight years at Fairfield. Quin Snyder flamed out at Missouri after initial success and eventually resigned amid scandal. David Henderson was below .500 in six years at Delaware. Jeff Capel did well at VCU, but crashed and burned at Oklahoma. Dawkins delivered unsteady results in eight seasons at Stanford.

But Brey has served as a constant presence throughout all that turmoil. He was among the first Coach K assistants to get his own program, hired at Delaware in 1995. After building the Blue Hens into an America East power, he was brought on at Notre Dame in 2000. Over his first decade-plus in South Bend, Brey built a consistent winner. The Fighting Irish contended for the NCAA Tournament every year and regularly won 20 games. But for one reason or another, Notre Dame never seemed to take the next step. In Brey’s first 14 years there, the Irish reached the Sweet 16 only once and never advanced further than that.

That’s what makes this current three-year stretch so exciting for Notre Dame. The Fighting Irish went 32-6 in 2014-15 (the program’s best record 60 years) and reached the Elite Eight. They dropped back to 24-12 the following year, but again were one of the final eight teams playing. And this year, they’re again one of the top teams in the best conference in basketball.

If Brey is the most accomplished of the Krzyzewski disciples, Collins is the most promising. Before taking the helm at Northwestern in 2013, the former Blue Devils guard spent 13 seasons on Mike Krzyzewski’s staff at Duke. There, he studied Coach K from up close, internalized aspects of his style and tactics, and learned what it takes to win at a school with relatively high academic standards.

Since getting the Northwestern job, Collins has mentioned Krzyzewski frequently in interviews and invited him to take in a game at Welsh-Ryan. He clearly sees some of his former boss in his own success. In a November 2013 interview with The Daily Northwestern, he noted that he, Brey, Amaker and Dawkins (then still at Stanford) had all wound up at a school that somewhat resembled Duke.

“I think it’s kinda funny we’re all at academic-oriented schools,” Collins said. “I think we’ve all found a similar niche of school that we loved about being at a place like Duke.”

Maybe the secret to success for ex-Krzyzewski assistants is a school that fits Duke’s profile? That could explain why these coaches seem to have more success at private schools than private ones. Or perhaps this group of Coach K protégés just happens to be more talented than previous waves.

Of course, we should be careful not to get too excited about this string of success for former Duke assistants. There have been times in the past when the Coach K coaching tree appeared to be in full bloom before withering again. In the early 2000s, for example, Snyder was thriving at Missouri, Brey was off to a hot start at Notre Dame and Amaker had just landed at Michigan. Two of those three flamed out soon thereafter.

But this current crop of coaches is verging on accomplishments no previous Krzyzewski disciples can claim. Amaker has already pulled off one of the best program-building jobs this century at Harvard. If Collins gets Northwestern to the NCAA Tournament, he’ll have ended one of the most famous streaks of futility in college basketball history. And at Notre Dame, Brey has built the type of program that should find itself in the Final Four one of these years.

Krzyzewski, who is currently on leave after undergoing back surgery, will turn 70 years old in February and can’t stay on the sidelines forever. Some time soon, Duke will be looking for a new coach. And if they want a proven winner with a Blue Devils background, it seems they’ll have plenty of options to choose from.