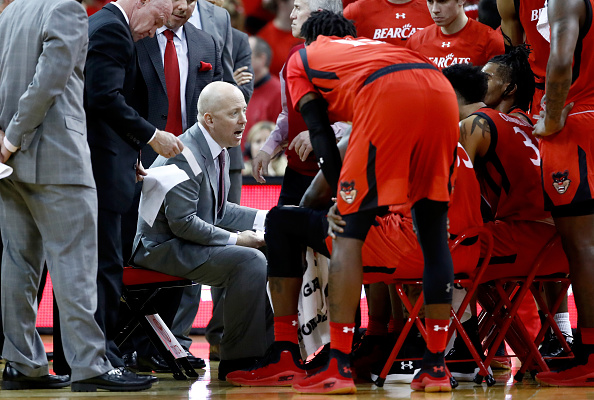 On February 14, the Cincinnati Bearcats were 23-2. They’d won 16 consecutive games, 12 straight in American Athletic Conference play, and were ranked eighth in the NCAA’s early top 16 for the tournament.

Since then, Cincinnati has lost two of three. A two-game losing streak in the midst of a 20-win season is far from the worst thing that can befall a team. But it’s who the Bearcats lost to that creates some question marks for their credentials as a top seed. A five-point loss at Houston was followed by a four-point home loss to Wichita State. Those two teams just happen to be the ones right behind UC in the conference standings. Since then, Cincinnati’s righted the ship with a dominant 77-52 win over UConn.

The losses to two quality opponents do create doubts when coupled with the overall resume, though. Cincinnati’s four losses are all fine — at Xavier, vs. Florida, at Houston, vs. Wichita State. However, their gaudy win total doesn’t contain many high-profile wins. Cincinnati is 12th in the current RPI, but 68th in strength of schedule and 180th in non-conference SOS. They’re 5-3 in Quadrant 1 games. And nine wins are against teams viewed relatively poorly by the RPI.

That’s fine for an at-large team. It’s just questionable for a team looking to lock up something on the top four lines.

Because Cincinnati IS looking to lock up something on the top four lines. Last year, a 29-5 Bearcats squad ended up with a No. 6 seed and lost to UCLA in the second round. The team UC lost the conference tournament final to, SMU, went 30-4 and also received appeared on the six line. Neither club made it out of opening weekend.

While the AAC has done well for itself in recent years, highlighted by UConn’s unlikely 2014 championship run, the committee perception hasn’t always been kind to the league. They’re currently seventh in conference RPI, which is understandable. But the lack of a consistent upper tier (in part due to the Huskies’ recent struggles) creates a perception issue for the conference, even if there shouldn’t be one. The need for depth at the top was a big reason why the conference brought in perennial Missouri Valley power Wichita State.

For its part, Wichita has done what’s been asked since arriving in a new league nowhere near its home in Kansas. And Cincinnati has delivered the closest thing the AAC has to a consistent power as well. A down year for SMU isn’t ideal for the conference, but at least Houston’s appeared to rise as a program in the Mustangs’ absence this year.

The Bearcats, though, are striving to be more than just the flag bearer for the conference, though. There are clear sights set on something greater.

Prior to Thursday night’s home game vs. UConn, coach Mick Cronin seemed to understand what’s on the line as the season races toward the finish. As he told the Cincinnati Enquirer:

“For Cincinnati, our formula to be an elite team is to be a dominant defensive team. That’s what we have to be.”

The Bearcats are one of the country’s top defensive teams in terms of both scoring defense (57.1 points per game) and opponent field goal percentage (37.1), but that wasn’t evident in recent losses to Houston and WSU, in which UC allowed an average of 71.5 points per. While Cincinnati has been able to stifle lesser clubs all season, better opponents have been able to score on them. Quality RPI foes like Buffalo, Xavier, Florida, UCLA, Houston (twice) and Wichita State have all pushed past that number. Cincinnati is 6-4 when opponents score above that 57-point threshold in 2017-18.

In the successful games, the offense has been able to pick up enough of the slack when the defense seemingly can’t. The Bearcats are no world-beaters on offense, but sit near the top 50 in terms of efficiency, according to KenPom. Paired with the second-ranked defense in the country, that can be a lethal enough combination most nights in the AAC. 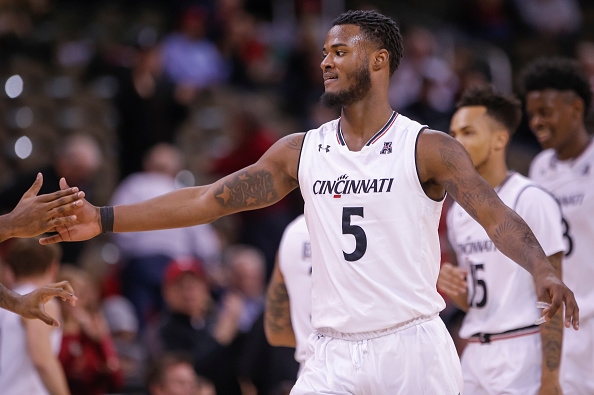 Once past the league tournament, though, Cincinnati won’t be trying to survive the AAC. They’ll be looking to survive an NCAA Tournament that has vexed them for quite some time. UC has made the NCAAs 13 times since the year 2000, yet has made the Sweet 16 just twice in that stretch (2001, 2012). The last time they made it out of the first weekend while seeded one through four was in 1996, when they lost in the Elite 8 as a two-seed.

Those ghosts shouldn’t affect this experienced Bearcats club. Of the six players that average 20 minutes or more this season, only one (sophomore Jarron Cumberland) is not a junior or senior. They’re balanced with four players scoring in double digits. Cincinnati averages 40 boards per game as well, with four different players collecting between 3.9 and 8.7 per contest.

Experience, balance and defense are all great assets looking ahead to March. They’re just not the only things. Perhaps some of what Cincinnati is missing was exposed in that two-game losing streak. But a veteran team can also use those types of losses to find those last few pieces of the puzzle.

There’s only so much the Bearcats can yet do for their resume from a quality perspective, so winning out is likely the only way they’ll stay in that top-16 conversation. From there, we see if the high seed they’re rewarded with gets put to use better than previous years. If they’re as elite as Cronin wants them to be, this team is capable of at least getting out of the first two rounds of the NCAA Tournament.