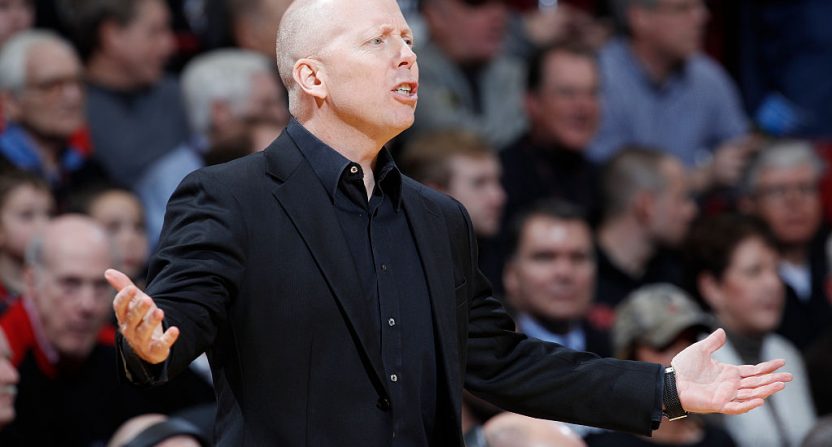 Questioning the seeding of the NCAA Men’s Basketball tournament is nothing new. Some schools will always seem to get the benefit of the doubt based on program history, location, conference pedigree, or any number of variables you can think of.

Cincinnati head coach Mick Cronin was a bit more blunt and straightforward with how he views the seeding process, strongly and directly suggesting the seedings are much more about selling the maximum number of tickets it possible can.

Few coaches will dare to cross the line of calling the NCAA a money-first organization, but Cronin just took a leap with a running start over that imaginary line in responding to a question about his thoughts on the NCAA selection process for the men’s basketball tournament, suggesting there is a reason certain teams will be seeded in certain reasons based on host locations for the first couple of rounds.

“I’m a firm believer in that the NCAA tournament committee and everything is so financially driven that no matter what is said on that Sunday, they’re trying to sell tickets,” Cronin said. “So you may get moved a seed line—it may not be us, but teams could get moved around, from a four to a five, or an eight, nine to a seven, ten to get that pod to sell more tickets. Now, nobody will admit that because it’s about the student-athlete, supposedly, but it’s a business.”

Is Cronin wrong? Check out his full response in this segment and judge for yourself.

We are not naive on this subject anymore, as the games continue to grow and become more profitable than ever before between licensing deals, television contracts, and other media rights packages going for big money and continuing to rise in value every time it is time to negotiate new deals. Cronin isn’t blinded by the mission statement, and neither should you. Of course the NCAA is out to make a buck, but is that such a bad thing?

In a perfect world, a tournament bracket would be set up regardless of school, program, or location with, a true 1-64 (68*) ranking from top to bottom. But the NCAA let us all in on a dirty little secret years ago by non-verbally admitting they just wanted to maximize the value of their tournament by adding a play-in game in 2001. It was such a success that they eventually added three more games to the fold in 2010, dubbing the games the “First Four”. And don’t look now, but we may be just about due for another expansion of the bracket owned and operated by the NCAA.

If you don’t think the NCAA has a financial incentive to make for the best possible television product with its most valuable commodity, you’re fooling yourself. Cronin isn’t a fool. He’s a realist.