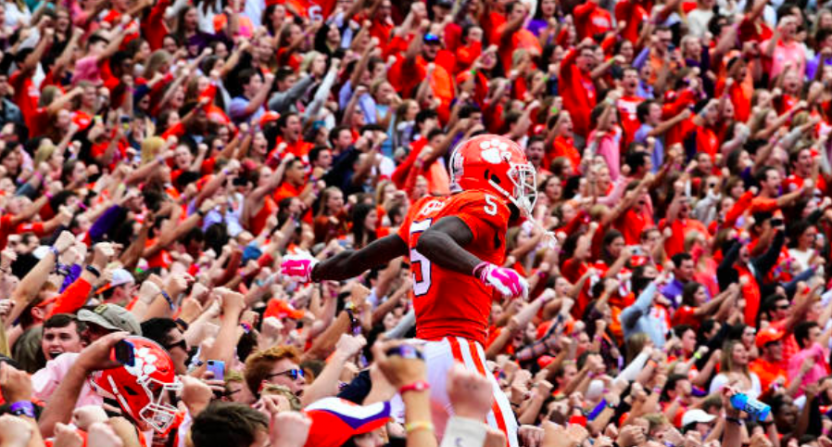 Three weeks ago, there were serious questions about Clemson’s status as a top team this year. The Tigers were fresh off a rough game against Syracuse. Clemson trailed the entire second half — and quarterback Trevor Lawrence left with injury — but a last-minute touchdown secured the victory for the Tigers. Even with the win, the game raised major questions.

Clemson was 5-0, true, but it was not a 5-0 record that we would expect from a potential Playoff contender. The Tigers had no real noteworthy wins, and two of those wins were way too close for comfort. The early road win against Texas A&M looked like a game the Tigers would have lost if they played five more minutes. The Aggies were also 2-2 three weeks ago and not expected to be anything special. Combine that with the close call against Syracuse, and it was a legitimate question whether or not the Tigers should be a Playoff contender this year.

Fast forward three weeks to now, and no such questions remain. In those three weeks, the Tigers have had a bye, along with their two most impressive wins of the season. Two weeks ago, they absolutely crushed Wake Forest. Wake Forest looked like it had some real potential early in the season, but the Demon Deacons have been in free fall since a tough loss to Boston College. It was easy to write off that win as not particularly significant, though, because of Wake Forest’s struggles.

No one is going to be writing off any Clemson accomplishments after this week, though. The Tigers absolutely demolished previously-undefeated N.C. State, 41-7. The Tigers dominated the Wolfpack in every facet of the game, and looked every bit the part of a Playoff team in the process. The defense was salty and dominant, recording ten tackles for loss and forcing three turnovers.

For the first time this season, the Tigers actually struggled on the ground. Travis Etienne punched in three short touchdowns, but he carried the ball 15 times and never earned more than six yards. On the other hand, Clemson didn’t need more than that from him. Trevor Lawrence was lethal through the air, putting up over 300 more- and backup Chase Brice added almost 100 more in the fourth quarter.

It’s hard to see Clemson not making the Playoff now. The Tigers have a road game against Florida State next week, but the Seminoles this year don’t seem anywhere near as strong as they’ve usually been this decade. After that, the only potentially tough game is at Boston College in November, though a lot will depend on if A.J. Dillon is healthy. The rivalry game against South Carolina is always tricky, but the Gamecocks haven’t shown anything this year to indicate they can stick with the Tigers.

If Clemson can win the ACC, even with one loss, it will make the Playoff. The only real threat to an ACC title is Boston College. In theory, the Eagles still control their own destiny in the ACC Atlantic. If they win out, both the Eagles and Clemson would have one loss, but Boston College would hold the head-to-head. As long as Boston College doesn’t win out, the Tigers should win the division.

So, assuming Boston College doesn’t miraculously win the ACC Atlantic, Clemson can survive a loss and make the Playoff. With the remaining schedule, it is very hard to see two losses on this schedule. The Tigers finally look like a Playoff contender and a potential threat to Alabama. That’s something we haven’t really been able to say so far this year. Finally, though — in Week 8 — the Tigers are the team we all expected them to be in the preseason.