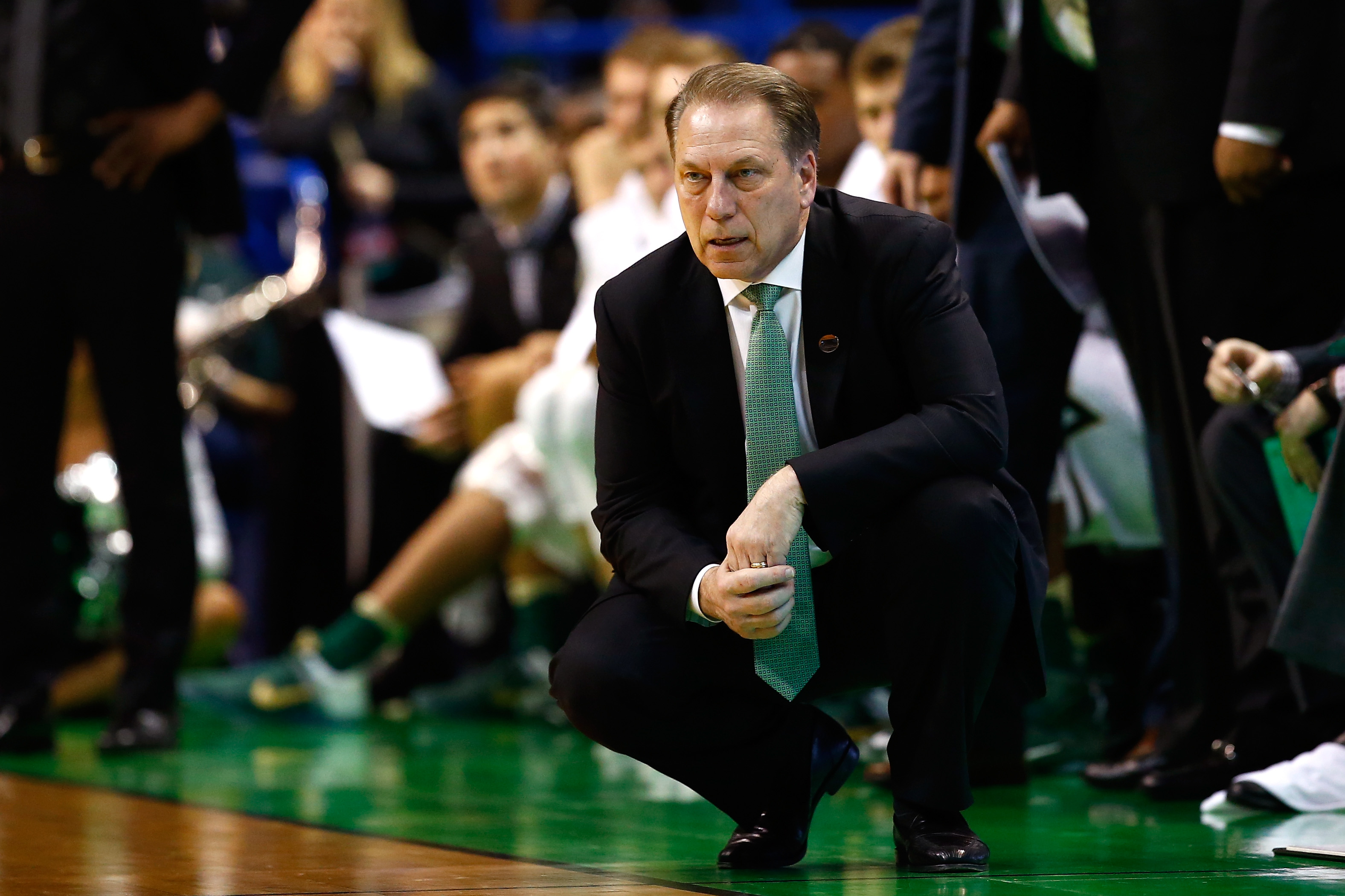 When will the parity within college basketball begin to fade away? If Wednesday’s results have a say, it won’t occur anytime soon. For the first time in five seasons, three of the top four teams (No. 1 Villanova, No. 2 Kansas and No. 4 Kentucky) in the AP Top 25 were knocked off. Nevertheless, their flaws took a backseat to the top-ranked program in the preseason poll.

Despite shifting away the sidelines for the previous few weeks due to back surgery, Duke head coach Mike Krzyzewski still banned the team from both entering the locker room and donning Blue Devils’ gear around campus. Considering the group has lost three of its past four games, his message could spark its overall performance. His willingness to showcase his power from afar displays the enormous clout of a highly acclaimed leader who hasn’t missed the NCAA tournament since the 1994-95 campaign.

Sadly, The Comeback’s College Basketball Stock Watch doesn’t include a section for distressed coaches. Instead, a team and a player flashed their wealth, while another pair took a step back.

Marquette (unranked in either poll)

Although Marquette (14-6, 5-3 Big East) hasn’t made the NCAA tournament in three straight season, head coach Steve Wojciechowski’s unit took a massive step towards returning to the Big Dance with a 74-72 win over No. 1-ranked Villanova on Tuesday. The Golden Eagles only held a 1.1 percent chance to overcome a 13-point deficit with less than six minutes to go. Tack on an eight-point victory against No. 16 Creighton on Saturday, and they’ve enjoyed quite the week.

More impressively, their win over the Wildcats came despite a scoreless evening from guard Marcus Howard, who generates their second-most points per game (12.1). Thanks to foul trouble, the freshman logged only 12 minutes in the gamae. He was aided by fellow guard Katin Reinhart, though, as the senior hit the eventual game-clinching free throws with 11.6 seconds left. His four threes paced Marquette’s 47.4 percent clip from behind the arc, too.

Additionally, Wojciechowski possesses a barrage of three-point shooters, placing No. 3 in the nation in the category (41.9 percent). On top of that, his balanced core includes five players who average at least 11.2 points per contest. Among them, the aforementioned Howard (12.1 ppg) and forward Luke Fischer (11.9) are one of two tandems to amass a top 30 effective field goal percentage in Division I, boasting 65.2 and 64.7 percent clips, respectively. Expect the group to break into the polls on Monday.

In the Volunteers’ unforeseen 82-80 upset win versus No. 4 Kentucky, Hubbs was the obvious catalyst, collecting a team-high 25 points on 9-of-14 from the field. The 6-foot-5, 207-pound guard was able to penetrate through the Wildcats’ interior defense all night, scoring 14 points from inside 15 feet. Wildcats guard De’Aaron Fox, a superb on-ball defender, failed to slow him down.

Hobbs’ performance against Kentucky came only a few days after he scored 19 points on a stout 8-of-11 shooting in a 17-point victory over Mississippi State.

Unlike many players of his stature, Hubbs isn’t a marksman from three-point range, hitting only 15 percent of his triples as a senior. Yet, he’s extremely proficient at utilizing his size and strength to maneuver his way towards the rim. Given his outside shooting woes, his true shooting percentage (58 percent), which accounts for a player’s efficiency from the field and the free-throw line, is quite impressive.

Unless Tennessee (11-9, 4-4 SEC) goes on a breathtaking run the rest of the way, the Volunteers would need to win the SEC tournament for Hubbs to show off his offensive prowess in March Madness. Still, Hubbs’ recent play provides the program with a glimmer of hope down the stretch.

Michigan State (unranked in either poll)

Though the Spartans (12-9, 4-4 Big Ten) remain the mix for a lower seed in the NCAA tournament, head coach Tom Izzo’s youthful bunch has reeled off three consecutive losses, two of them coming against Indiana and Purdue in the last week. In those matchups, Michigan State’s inexperience was severely exposed, as the Spartans allowed opponents to shoot a combined 51 percent from the field.

Entering the season with four freshmen (Miles Bridges, Josh Langford, Cassius Winston and Nick Ward) listed in ESPN’s top 40 recruits, many expected the Spartans to contend in the Big Ten, but the freshmen have exhibited their fair share of inconsistency and the team has sputtered. In a seven-point loss to the Hoosiers, Bridges stumbled mightily, going 4-of-17 from the field. When the 6-foot-7, 230-pounder bounced back with a 33-point effort versus the Boilermakers, the other three combined for a mere 20 points.

If Izzo didn’t stack the schedule with four top 25 schools (Arizona, Kentucky, Baylor and Duke), all of whom the Spartans failed to beat, their record would be considerably better. Still, the underclassmen must supply more reliable production, starting against in-state rival Michigan on Sunday, if Michigan State hopes to extend its NCAA Tournament streak.

Florida State (18-3, 6-2 ACC) began the week at No. 6 in the AP Top 25, but Bacon and company lost Wednesday in a head-scratching, 22-point blowout to Georgia Tech. In the first half, the Seminoles scored only 15 points, with no output from their leading scorer. In total, the guard accumulated 12 points on just 4-of-15 from the field.

On Saturday, Bacon also struggled to find a rhythm, shooting 6-of-17 overall in a five-point win over No. 12 Louisville. Even with freshman forward Jonathan Isaac (12.9 ppg) and guard Xavier Rathan-Mayes (10.1 ppg), Florida State clearly can’t afford Bacon to string together inefficient performances in a tough conference. In his next two games, the 6-foot-7, 221-pounder will have to find success against two pesky defenses (Syracuse and Miami), who both sit in the top 50 in opponents’ shooting percentage.

Before these past two poor performances, Bacon’s draft stock had spiked, with some analysts projecting him for the late-first round because of his improved shooting touch. Anticipate a drop-off in upcoming mock drafts if he’s unable to bounce back quickly.